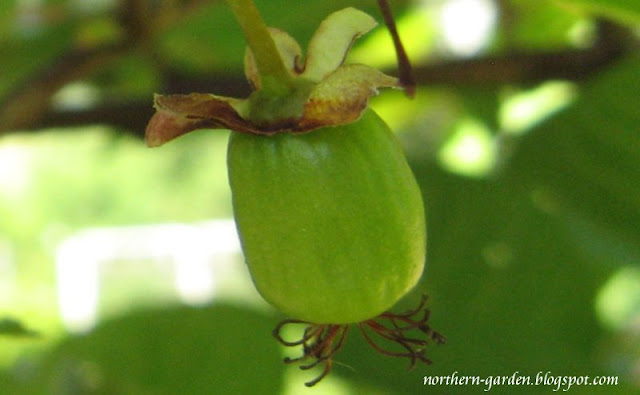 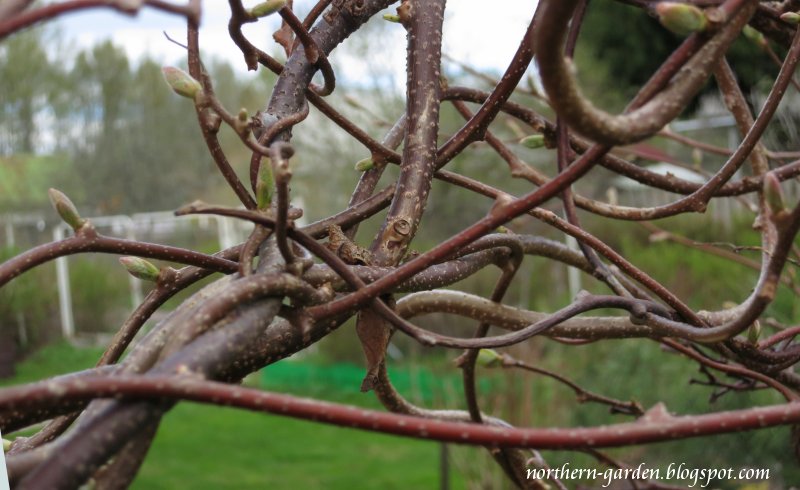 This year I’ve taken Aktinidia photos from April to October. Here they are. 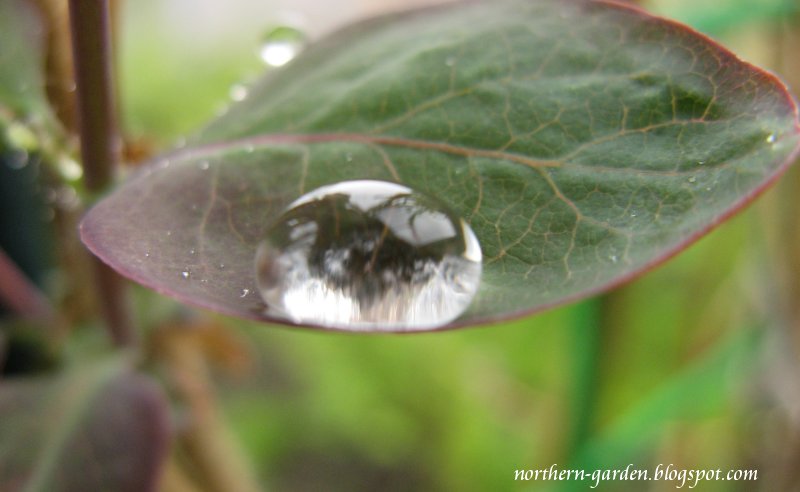 Kolomikta vine blooms in May - June with small flowers; their fragrance similar to that of lily-of-the-valley. 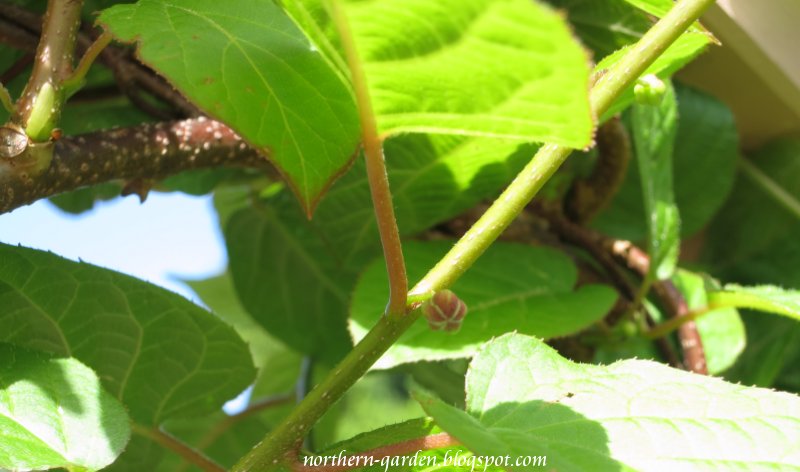 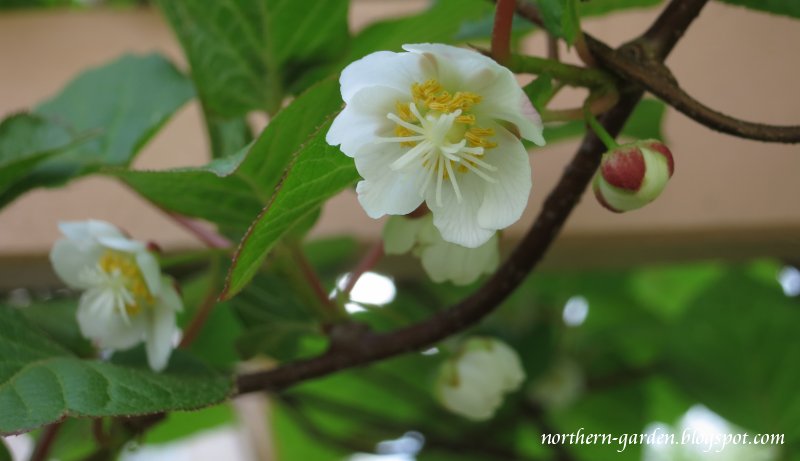 During the flowering its leaves turn pink-white color, and I think that a plant is happy

Then in August light green fruits appear, they are small, up to 2 cm long. They are edible. 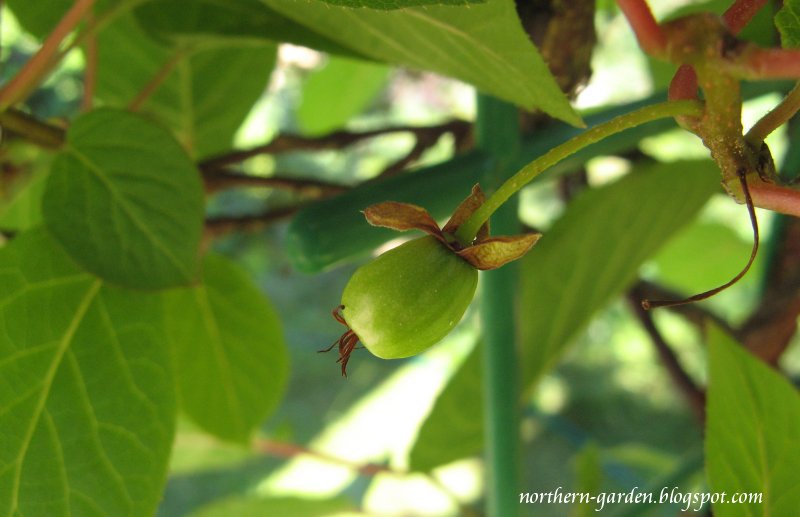 If some of these nice fruits stay on branches till Fall they become yellow-green as they ask ‘eat me, please’ 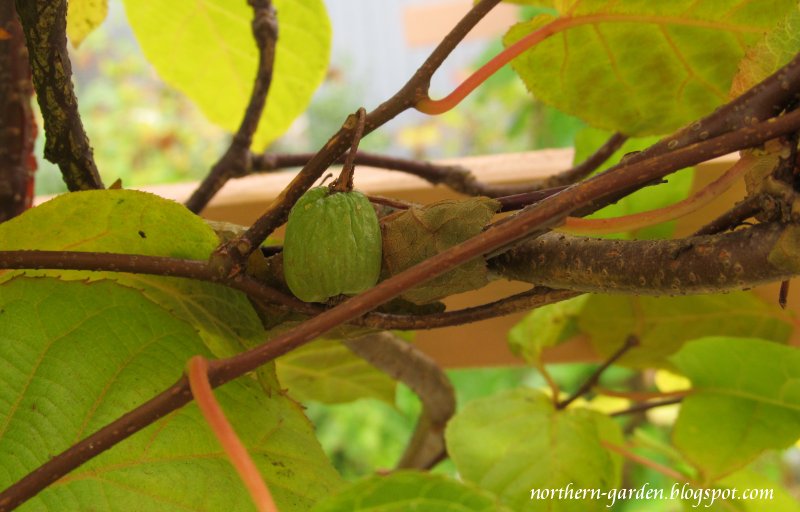 People say the cats are attracted to Kolomikta more than, catmint (Nepeta), and can damage the vine.

Note by Kew Royal Botanic Gardens:
Actinidia kolomikta was described as a new species in 1856 by the Russian botanist Carl Johann Maximowicz (1827-1891) from specimens he collected in the northern Amur River valley in Manchuria. The specific epithet derives from the local name for the plant – ‘kolomikta’ or ‘kotomikta’.
It was introduced to Great Britain by Charles Maries (1851-1902), an English plantsman who travelled through China and Japan. However, the climber was already known and grown in France and the United States by then.
Actinidia kolomikta is related to the Chinese gooseberry, the fruits of which are grown commercially in New Zealand and marketed as kiwi fruits. In Russia in particular, the smaller, edible fruits of A. kolomikta are also popular, but both male and female plants are needed for pollination and the production of fruit.
http://www.kew.org/plants-fungi/Actinidia-kolomikta.htm 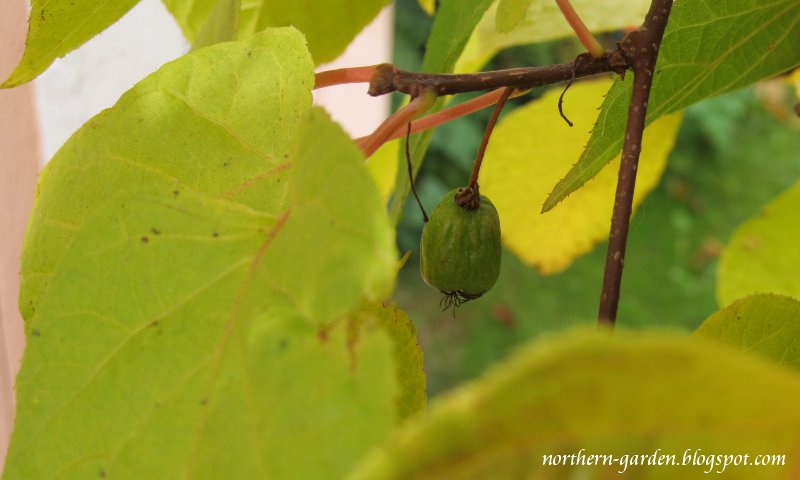