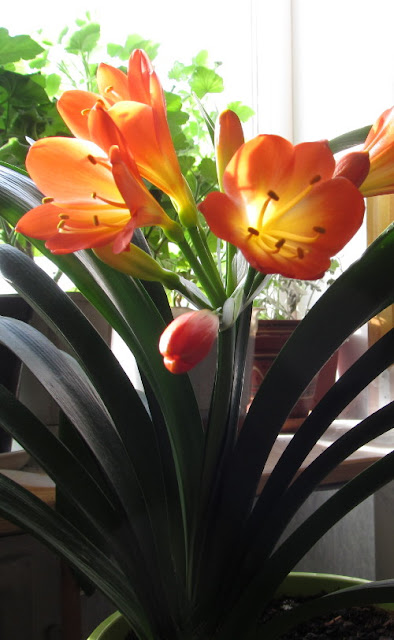 The end of March, spring is felt everywhere here. Even Clivia blossomed on the windowsill. Bright orange-yellow bells of Clivia delight the eyes. I hope it will bloom for at least two weeks.

As I've written in the previous post, I grow 'Indian Spear' hot pepper seedlings. Every day I water them, move the other side to the window and turn the light on at the evening.


Here they are, with first leaves and after one week. 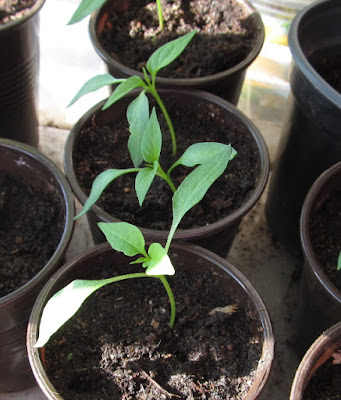 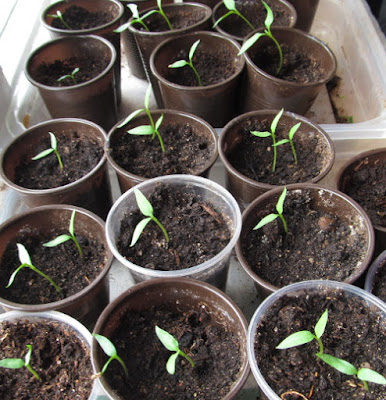 I love growing gladioli, although I know many of gardeners ignore them. Gladioli flowers appear in mid-July and bloom until September. I've read the tall and narrow flower stalks of gladioli were named so because they resembled swords of gladiators. I do not know how much this is true.
These are gladioli bulbs that I dug up last year and stored in a cool place in winter. In March I have pushed them into small pots and new sprouts already grow. Later in May gladioli seedlings will be transported to the garden and replanted to the tubs. 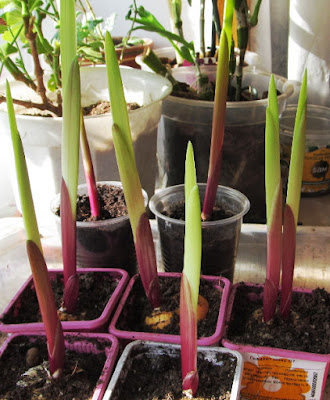 I also have Eastern lily bulbs. I love their scent in the garden, especially at the morning. Unfortunately Eastern lily doesn't winter well in my climate and I need to dig lily out in autumn and store it in a cool place at home. So now Eastern lilies are doing well on a windowsill.


Here are the pink and white lilies. 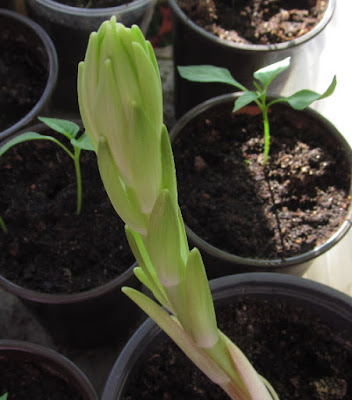 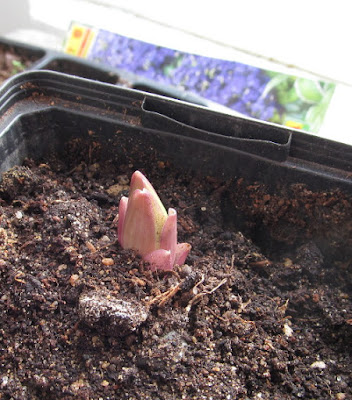 Calla bulb does as Eastern lily, winters at home and grows and blooms in a garden pot in summer. I see Calla is OK it means it had been stored well too. 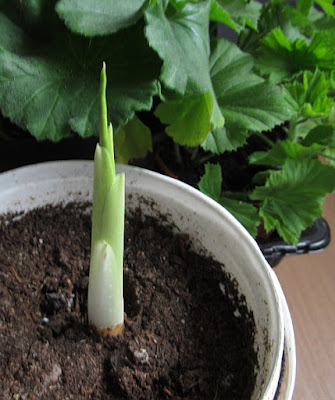 There are cuttings of two Pelargonia varieties - Zonal and Royal - on the windowsill. I have seven pots of overwintered Pelargonia therefore I have pruned many cuttings to root them and then to plant in garden hanging baskets.
All these plants - Gladioli, Pelargonia, Calla, Lilies and also Begonia will be transported to my garden in Saint Petersburg suburbs as soon as the weather is warm enough. 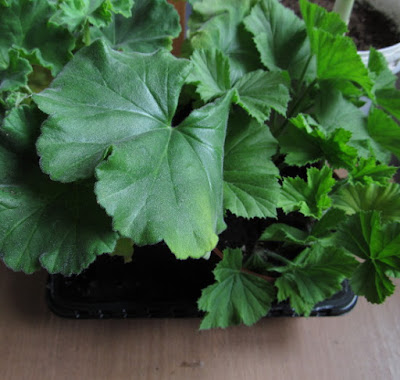 Well, it is time to do the seeds for the summer garden. This spring I want to grow 'something new' or 'well forgotten old'. From 'well forgotten old' annuals I chose to grow Lobelia. This is a very capricious plant, because its sprouts are tiny, they are difficult to water - they can rot. Not every year I grow own Lobelia seedlings, more often I buy them.
I chose the Lobelia 'Emperor William' variety, where does the name of the variety come from? who knows... 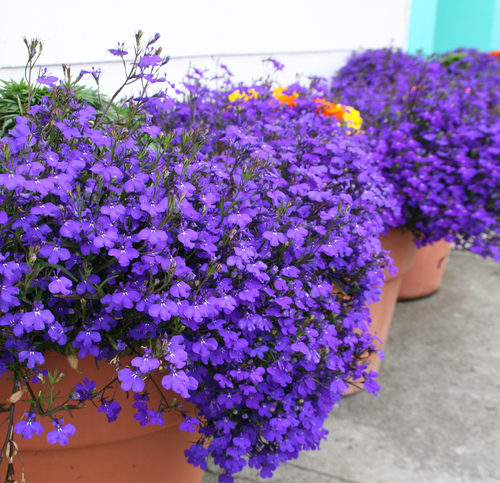 Besides I'd like to grow my own Petunia seedlings. To tell the truth, last year I was lazy and bought already grown ones. This annual greatly simplifies the decoration of hanging baskets and flowerbeds. Petunia seeds are tiny and need (as recommended in YouTube) to plant 2-3 seeds in a pot. I decided to sow them in plastic disposable cups.
This is the Petunia 'Ampelous' variety mixture of different shades. I will have to light up all my seedlings at the evenings. 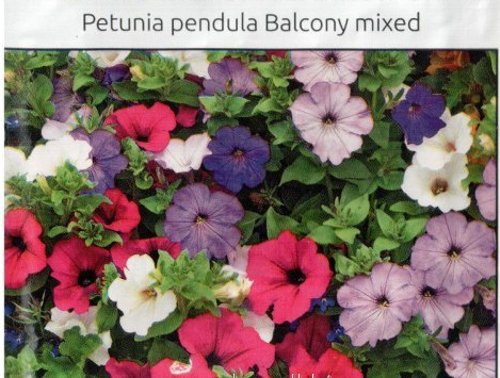 I also came to a decision to grow hot peppers when I saw a packet of seeds 'Indian Spear' variety. I immediately wanted to grow these 'spears' in my greenhouse. 'Indian Spear' pepper is narrow and long, of bright red color. I hope hot peppers aren't hard in growing. Do you have experience with hot pepper? What do you think? 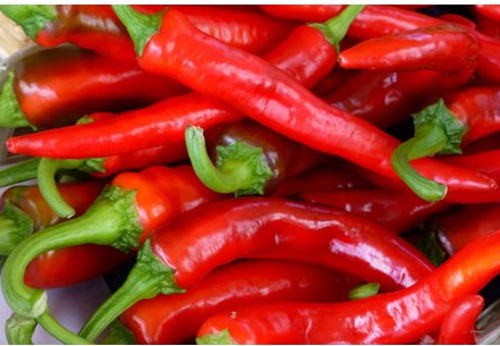 Flowers of Freesia brighten my home in March, because recently was one of the anniversaries of my marriage. Years fly and love patience and understanding help in life. 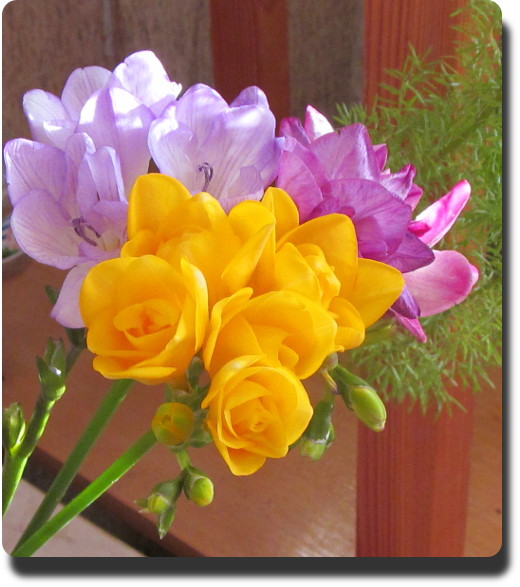 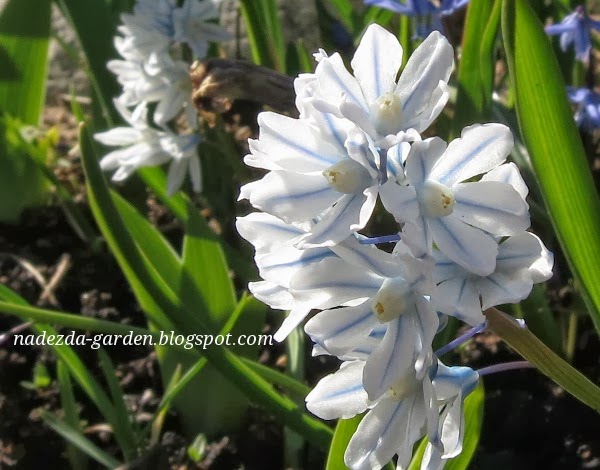 I want to tell you about small flowers grown in my garden, you might want to plant their bulbs and admire these babies in spring and early summer. They are Pushkinia (Puschkinia) and Scylla (Scilla), low perennial bulbous plants that bloom in early spring.
Scylla is a wonderful plant, for me is difficult to imagine a spring garden without it. Bright blue spots of Scylla look as fragments of the spring sky. The bluish, purple, white, pink flowers can be seen in a flowerbed or among shrubs in my garden. 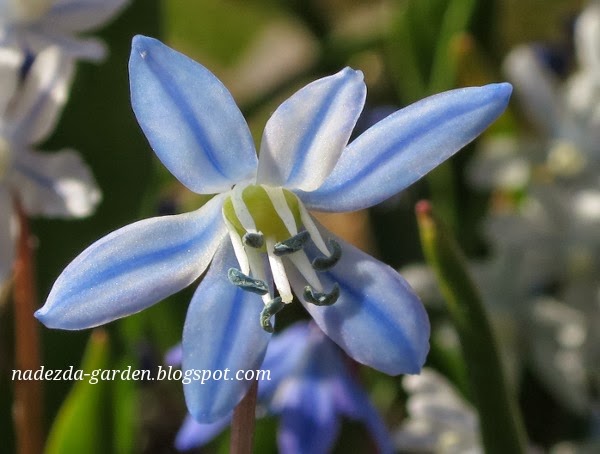 After flowering, Scylla forms fruit with a small amount of black seeds. I do not advise you to collect them because the big bulbs also grow the small ones for reproduction.
My other favorite bulbous spring plant is Pushkinia, a lovely little plant with pale blue striped or almost white flowers. Flowers have a strong smell and attract a lot of bees and spring butterflies. 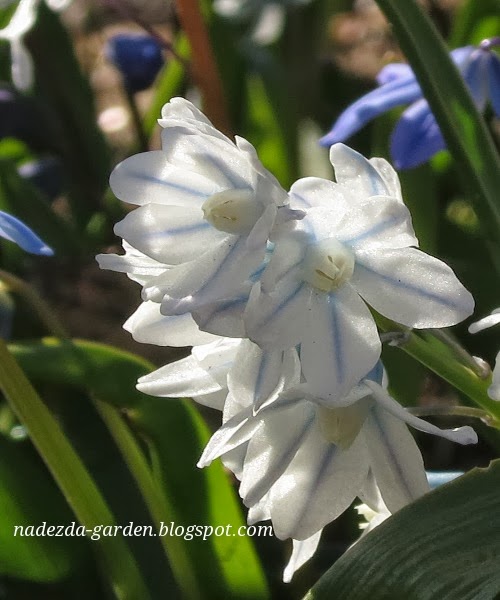 Several years ago I planted Pushkinia and Scylla in a shady place, but they grow well in sunlit beds. They are cold-resistant, I do not cover them for wintering.
In a small garden you can arrange the early spring flowers among  perennials. The blue and white colors of Scylla and Pushkinia will greatly adorn the mixborder, rocky garden, alpine hills, they are charming in the spring next to the stones. These small plants have a high decorative effect. 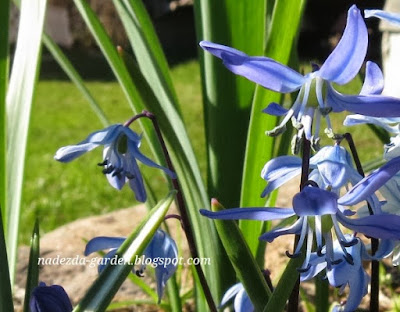 Do you love these bulbous plants? Where do you plant them?