I usually start my garden season on March therefore I think it's a time to look at my wish list. This season my wish list is to sow flowers and veggies, grow seedlings at home and then to plant them in the garden.
A week ago visiting the Garden center I purchased packets of Saxifraga arendsii seed, variety 'Mantel' (right). These are perennial herbaceous plants with a height of 5 cm to 70 cm, forming dense or loose sods. Flowers are five-lobed, star-shaped, white, yellow or pinkish. I decided they will go to the new pond bed, between hostas. 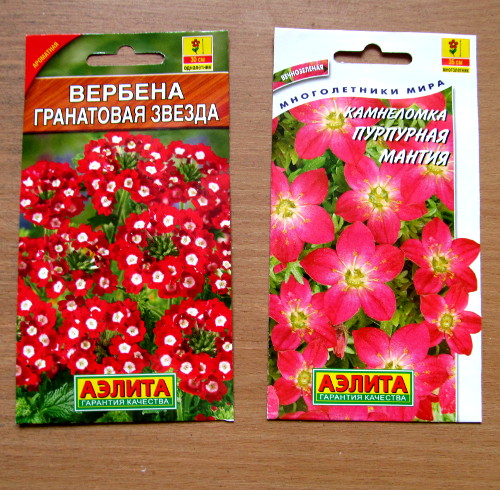 Other my purchase is a packet of Verbena hybrida seed, variety 'Pomegranate star' (left). I always liked seeing these flowers at the neighbor's garden. This year I'll sow them on a windowsill and in May plant seedlings in the garden. These plants are annual, flowers are small, carnation-shaped and of various colors, with a pleasant fragrance.
In autumn when the most of summery flowers fade China aster (Callistephus chinensis) is in bloom. I've bought    2 packets of China aster, one is in light lime colour and another is a mix of varieties (left, center). 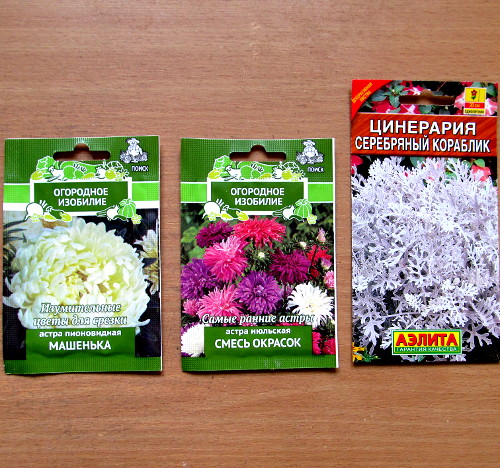 Asters are annual, inflorescence is a basket consisting of tubular flowers, bloom from July until late autumn. On the right is a packet of my favorite Cineraria maritima, with silvery-colored leaves.
My wish list is also to grow more greens as coriander, parsley, green onion, dill and celery. I need a lot of dill and horseradish leaves to do pickles. Fortunately horseradish grows as a weed everywhere in the garden. Moreover I'd like to do more dried parsley and celery to have my own spices used in cooking.
I should look at the pantry where I store all my veggie seed packets. Although the shelf is overfilled I'm fond of buying new veggie and flower seed. 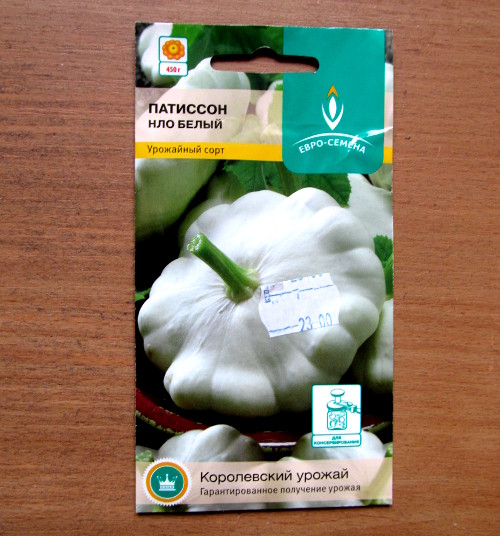 I've noticed an interesting thing: there are colorful seed packets and simple white ones. Modest packets are in 6 times cheaper than colorful ones. In my experience the quality of seed is the equal. How do you suppose? 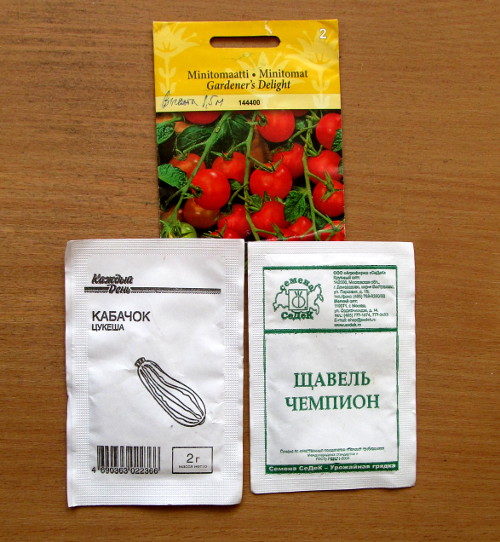 Above seeds of Zucchini (on the left) and Sorrel variety 'Champion' are in small simple packets, they are in good quality and germination. The colorful pack is Tomato seed variety 'Gardener's delight'. It's my favorite tasty tomato cherry.
I've also bought a lettuce seed variety 'Grenoble'. I liked the colorful packet :-) 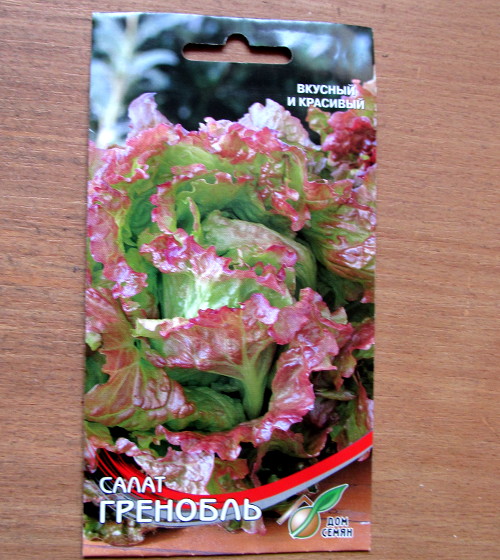 It's all for now. Do you love buying seed or seedlings? What packets would you choose - colorful or simple? 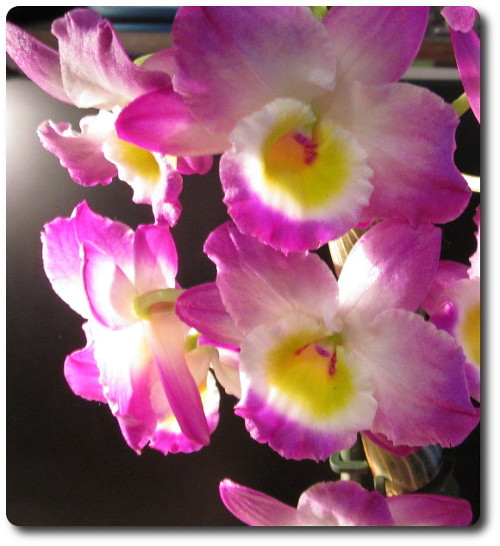 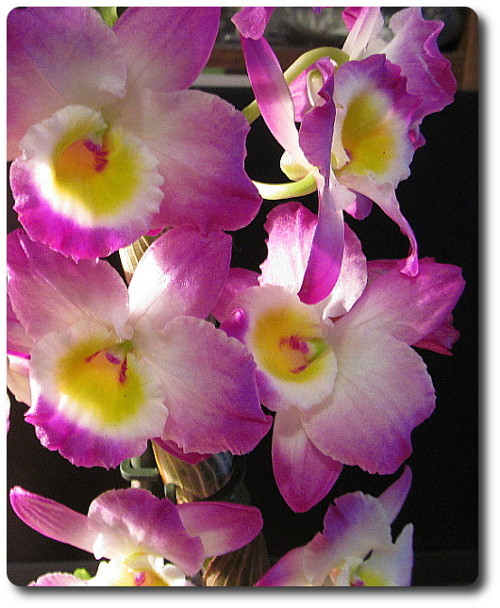 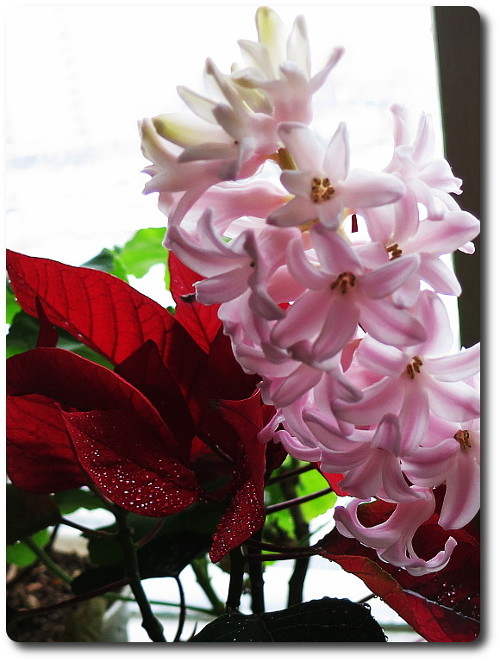 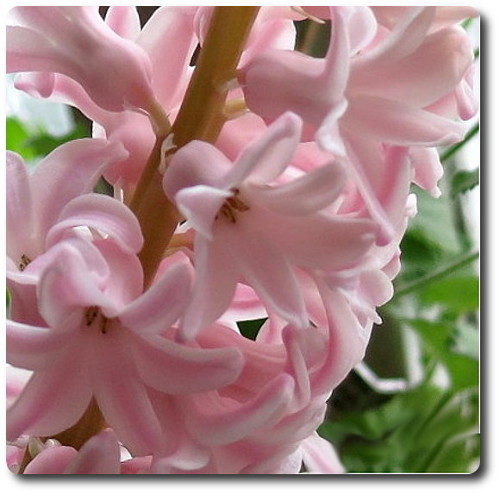 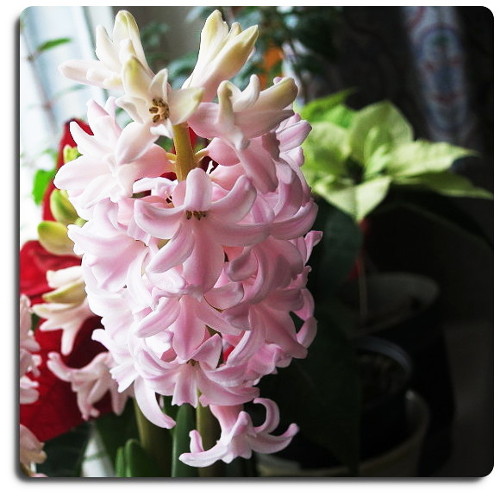 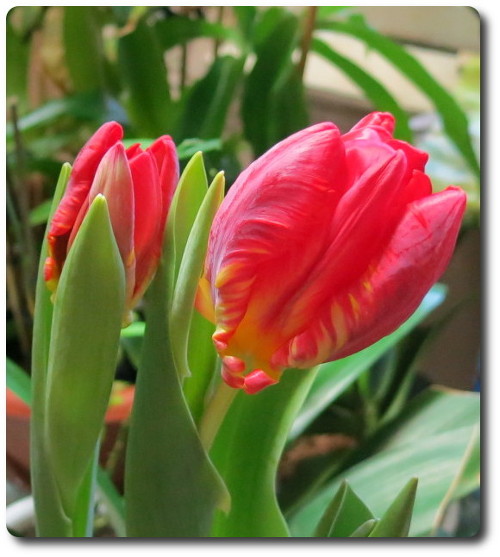 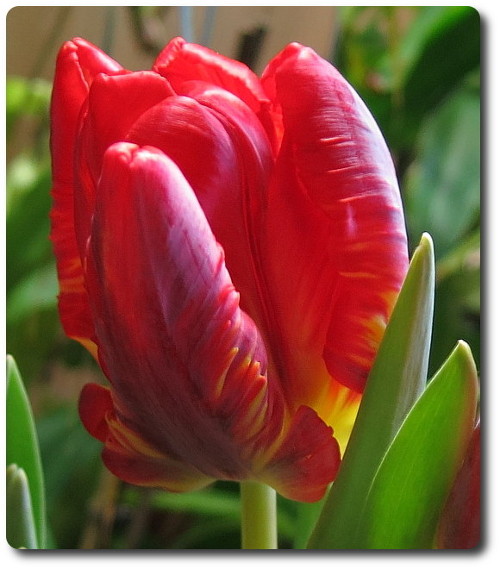 Last weekend I went to my garden. The weather was not frosty. Despite the snow melted in the city partly, in the garden outside the city snow densely covered the ground, it was colder.
The aim was to see how my plants were wintering there and to clear the paths.
Having arrived at the garden I could barely open the gate from behind the snow. It was nice outlook on the garden in wintertime, apple tree branches, pines, lonicera, tuyas - all plants were covered with snow. 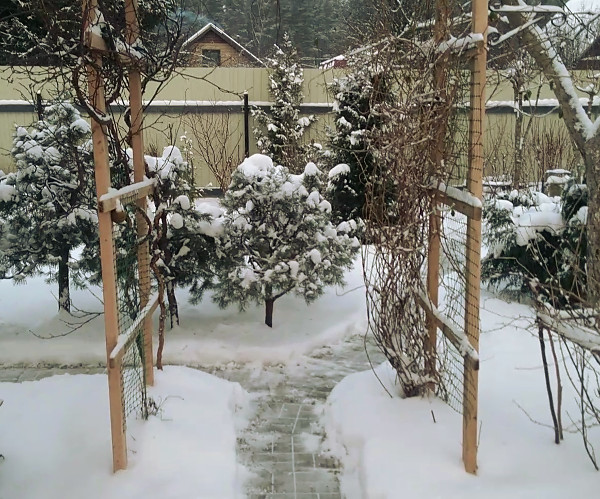 It turned out that the snow was not heavy, but fluffy and light. It rustled under my feet. Love this sound!
I cleared the snow on the patio and swept a little, this reminded me summer days :-)  Small round tuyas were completely covered with snow. 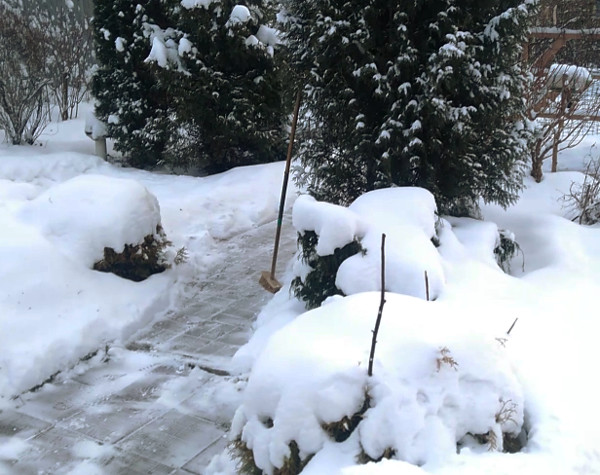 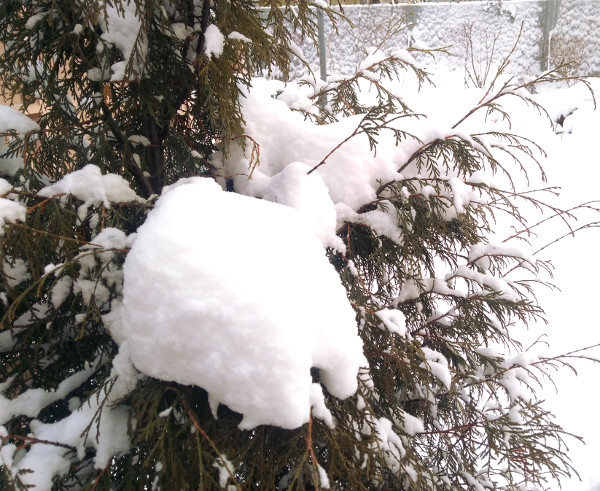 Rhododendrons wintered well too, their flower buds were clearly visible through snow lying on their leaves. I like the evergreen rhododendron varieties bred in Finland, they are totally suitable to our climate. 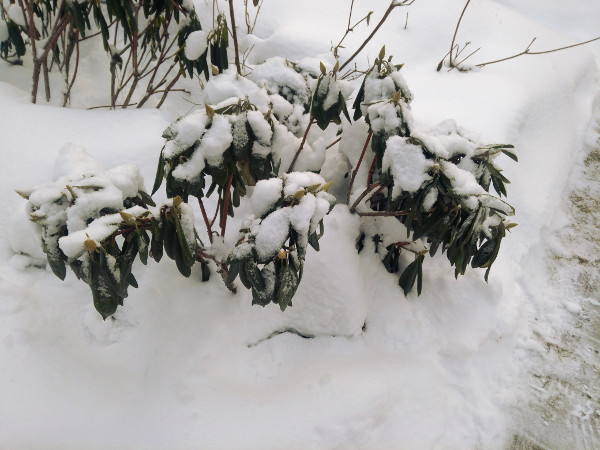 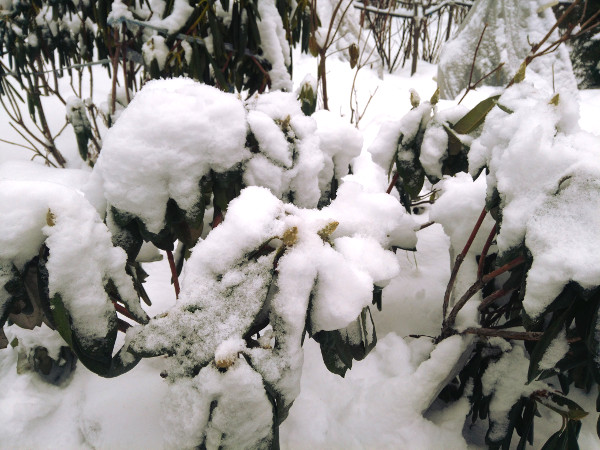 My raised beds were under the snow as well. I usually grow greens, carrots and onions on these raised beds and my back is OK when I weed them. I hadn't cleared snow there, since the soil will be wet and ready for sowing next spring. In the distance you see snow nicely stuck on the uneven fence at the background. 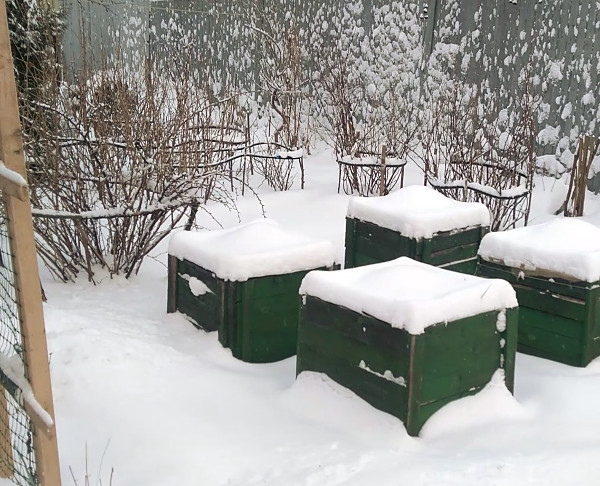 Here is a small red currant bush planted last fall. The young plum tree grows near it. I found they to be quite warm under the snow but added more snow with my shovel. 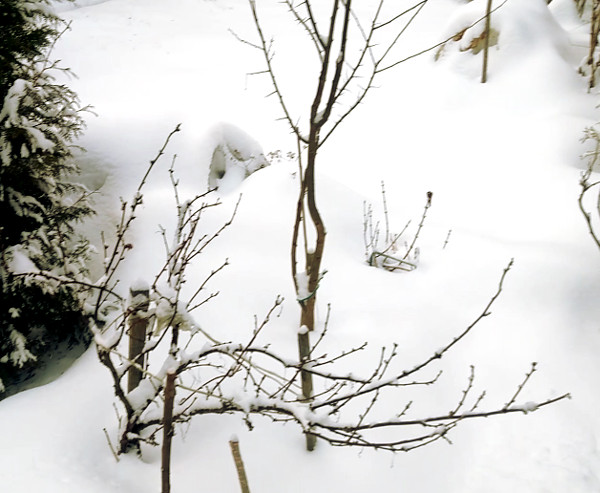 Then I cleaned the paths in the front garden, around the potentilla 'Abbotswood' bushes that were partly covered with snow. These plants are very hardy and overwintering well. 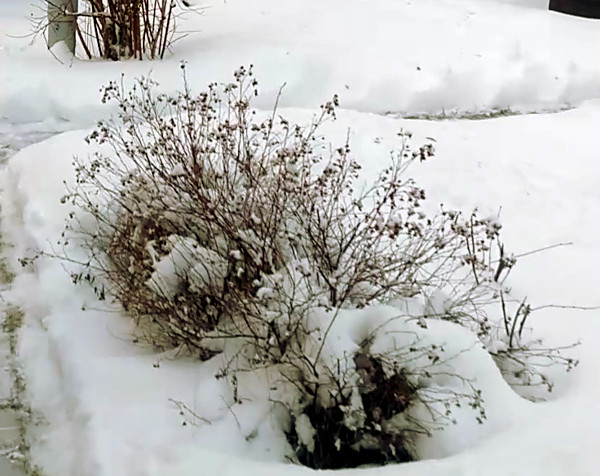 The days are still short in February, I had my sandwiches with a cup of tea and gone to the city.
What are your duties in your garden in February?