Last Sunday was sunny and warm, it was about +15 C. Of course , it was impossible not to seize such a gift of nature, a beautiful fall day and not to go for a stroll. Udelny park is one of the oldest parks in the northern part of St. Petersburg.
It is located on low hills, there are several sources that form a small lakes. One of the lakes is not far from the entrance, the another one is in the depths of the park.
The park is known since the XIX century, on its land cottages were built, many festivities were organized. Udelny park gained great popularity among the citizens of St. Petersburg. The popularity grew even more after the opening of the Udelny railway station in the end of XIX century.
Now the upper part of the park is especially convenient for hiking and sports, for hills skiing and tobogganing in winter. Groups of enthusiasts spend sports activities for children and adults in the park.
I've taken a few pictures of Udelny park in October, and found the poem by Russian poet Ivan Bunin (read more here). 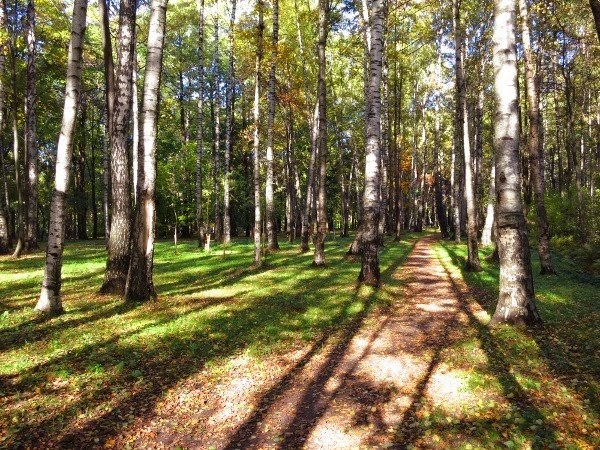 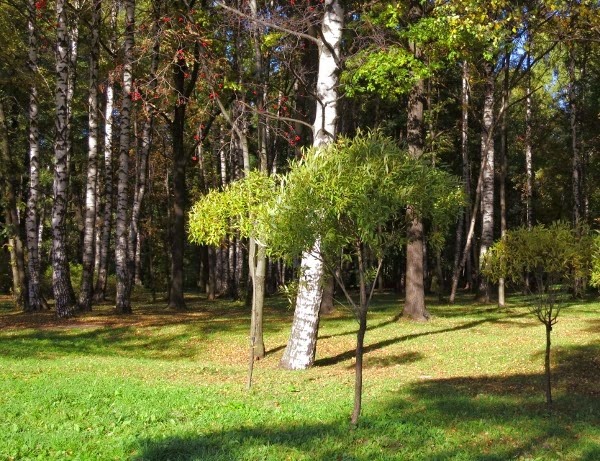 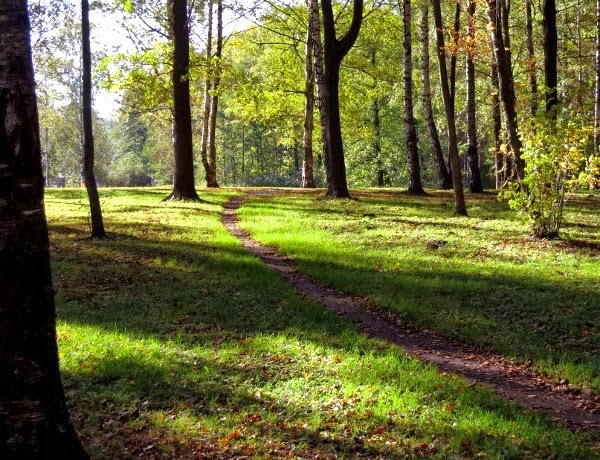 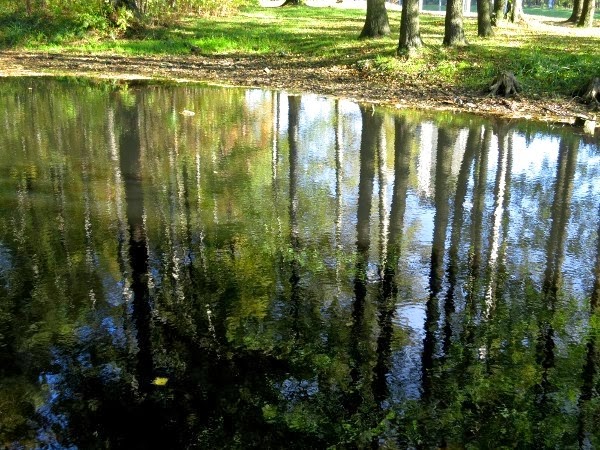 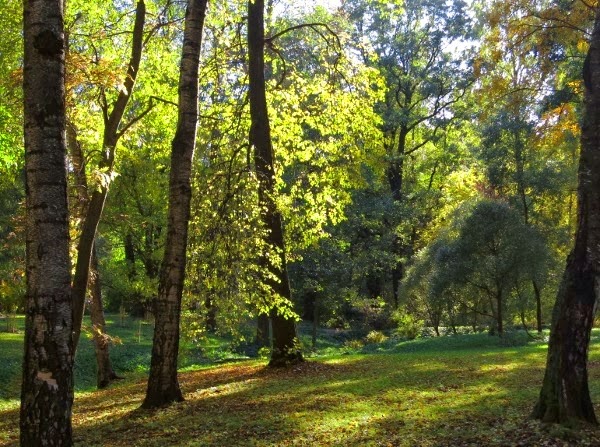 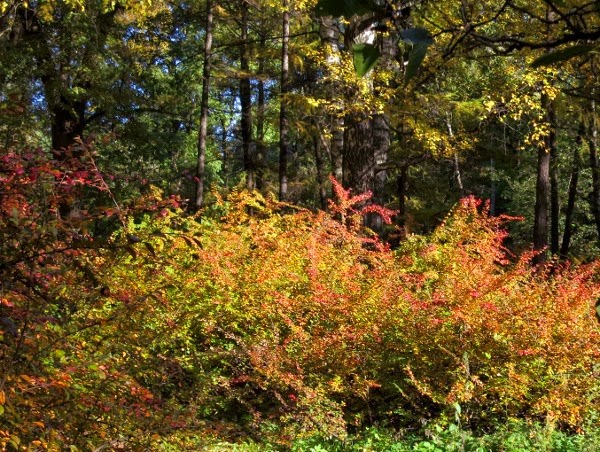 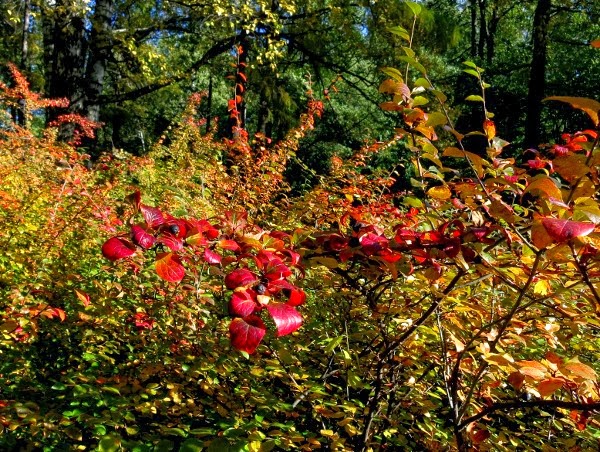 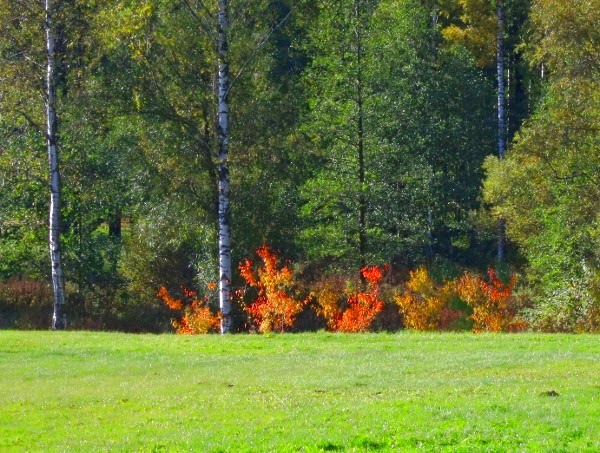 Translated into English by Svetlana Amelina