Now there is no work in the garden, I decided to put the gladioli bulbs in storage until spring. I have a bit of gladioli, and I grow them in containers and large pots. Before digging I cut their roots and foliage with a secateurs, shaken the soil, gently teared off the old bulb, trying not to damage the new one and rinsed them under running water from mud.
Then I laid them out in boxes and dried them in the room at +25 ... 30 C for about 1 month, then peeled and assorted gladioli. Usually I fully clean bulb to determine healthy or sick it is. 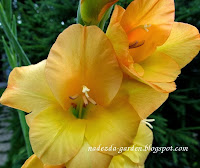 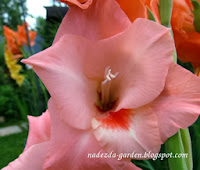 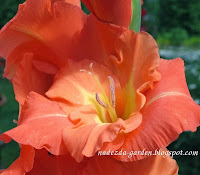 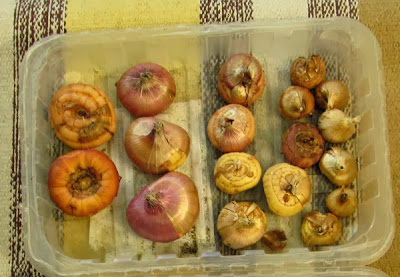 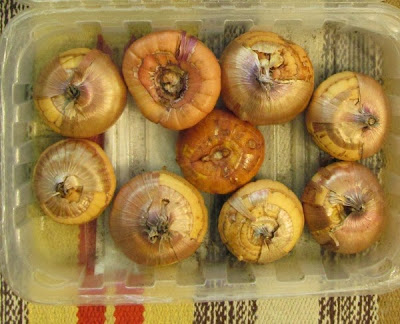 Gladioli can be stored, placing them in boxes or pouches in the lower box of refrigerator, near a balcony door, on a window sill. I wrapped bulbs in newspaper and store in a box, in a cool place where the temperature is about +10 C. 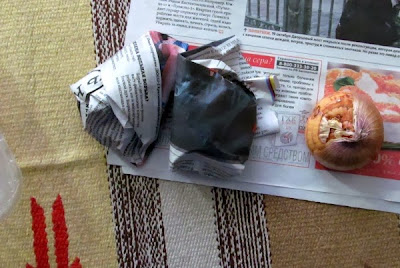 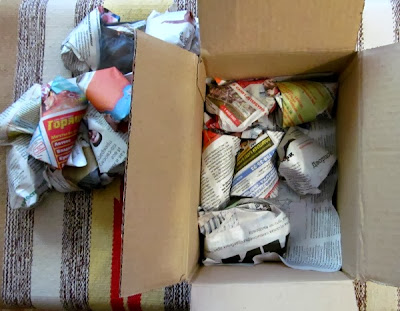 During the winter, I regularly look at them and throw away the diseased ones. The bulbs that I treated with 'Viridis nitentis', I keep separately from the healthy ones. 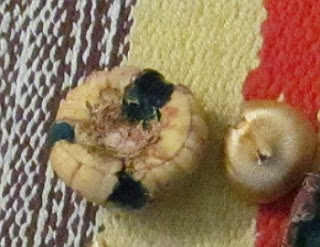 Often in spring, I see the sprouts appeared well before planting time. Then I lay out gladioli in a bright place and subsequently plant them out in small pots. So I have an early seedling of gladioli, and plant them in June already with large leaves.

In September I also set aside a few tulip bulbs for wintery forcing in water. I chose a variety of 'Red Georgette', these multifloral tulips have 3 flower stalks from one bulb. Now, these bulbs are wrapped in paper and lie in the vegetable box in my refrigerator until the end of December at temperature of + 9 C. Recently I looked at them, they were a little wet and I changed the paper. 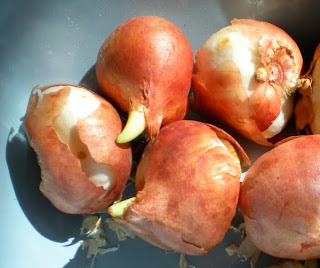 How will bulb forcing go? I promise to tell and show you.
And will you do forcing bulbs? What kind of bulbs are they? 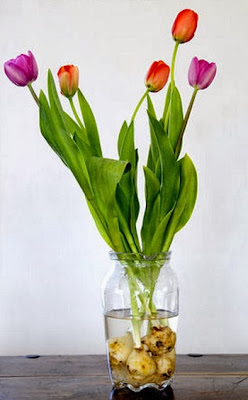