December started. Snow fell finally. No frost, but the pond and the water in barrels have frozen. When the nights are clear many stars are visible in the sky. Sometimes it's a snowstorm with wind, it covers the ground with white carpet. But this carpet quickly melts in the city, and it lies in my suburban garden, glitters in the sun.

Preparation for Christmas and the New Year has begun in the city. The snowflakes, garlands, Christmas decorations, Santa Claus' and his granddaughter Snow Maiden's figures, masks, flappers and fireworks appeared in different supermarkets and street fairs.
I succumbed to the temptation :)) and decided to buy a few Christmas decorations. I remembered that the garland for the small Christmas tree had burnt out last year and bought a new one. I like gleaming snowflakes and ornaments that can be hung on a door, a window or just on a wall in the living room or the kitchen. Of course I want to hang these decorations in the garden on my spruce as well, I grow it for 10 years. 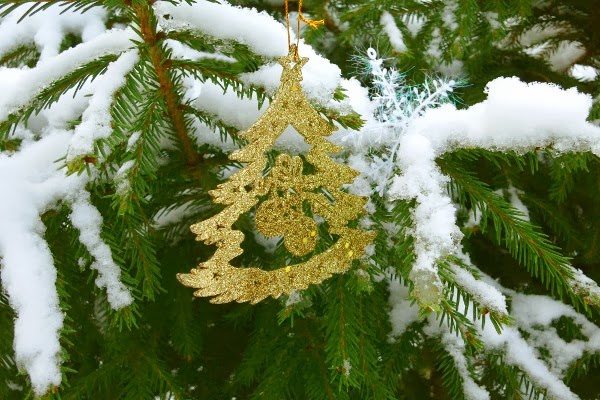 I recently purchased potted amaryllis bulb, which had only just began to sprout its flower stalk. Gradually flower stalk grew, a bud has begun to open. On the first Sunday in December the first bud fully opened and 3 others about to open. 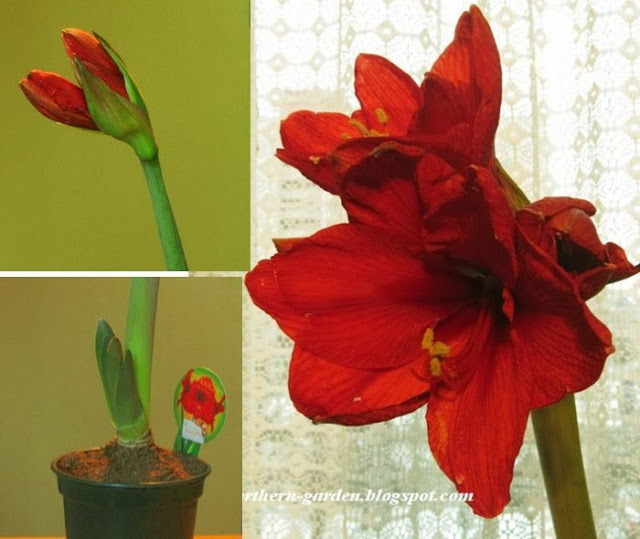 I had a gift the branch of a blossoming white lily. Lily appeared extremely resistant to the dark and short day conditions, its numerous buds open one by one. The lily smells great, and its pollen from the stamens may be on your nose if you smell very close! I am pleased that the amaryllis and the lily create joyous and festive mood. 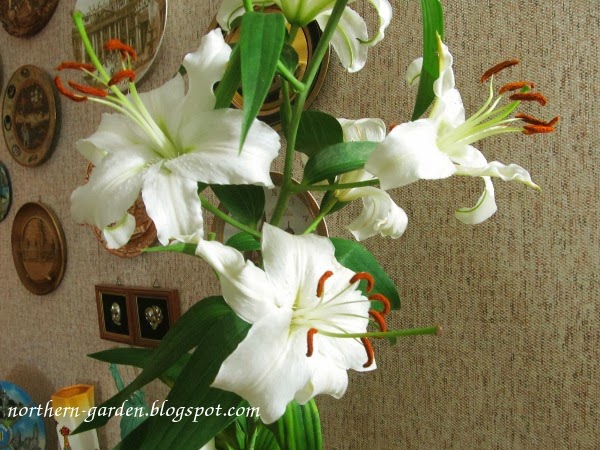 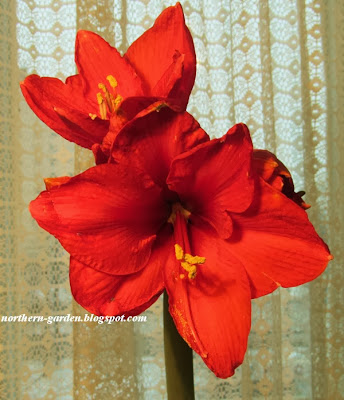 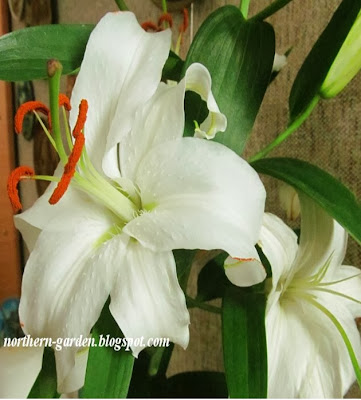 How do you prepare for the Season holiday, are you planning something new to celebrate?


I wish you the joyful expectation of Christmas!