I've watched a movie about famous Kew gardens and always wanted to see it by my own. On my holidays I finally went to southwest London and arrived to Victoria gates of Royal Botanic Kew gardens. Before my holidays I learned that:
it's an internationally important botanical research and education institution, it  employs 750 staff
its living collections include more than 30,000 different kinds of plants
in 2003 the gardens were put on the UNESCO list of World Heritage Sites
Kew Gardens has its own police force, which has been in operation since 1847
in 1840 the gardens were adopted as a national botanical garden in large part due to the efforts of the Royal Horticultural Society 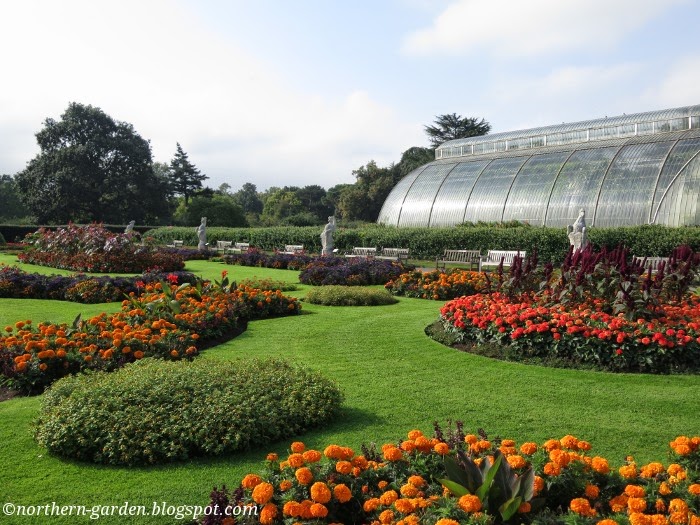 Firstly I came to the Palm house that was built in 1844 and was the first large-scale structural use of wrought iron. It is considered "the world's most important surviving Victorian glass and iron structure." 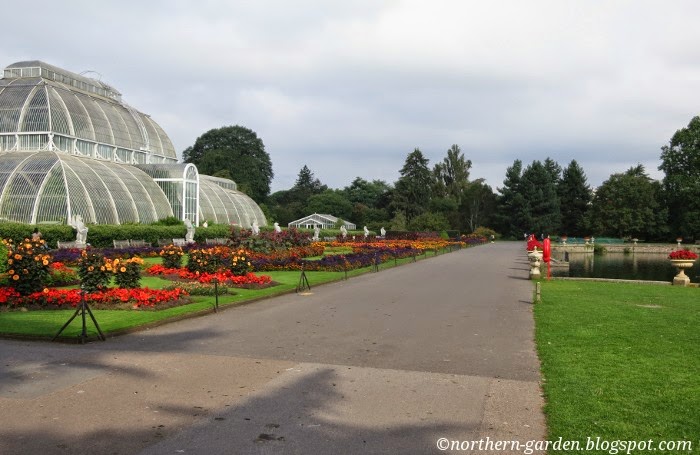 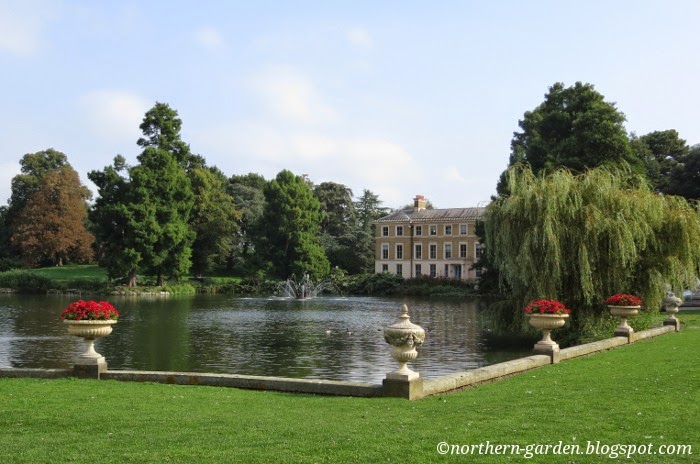 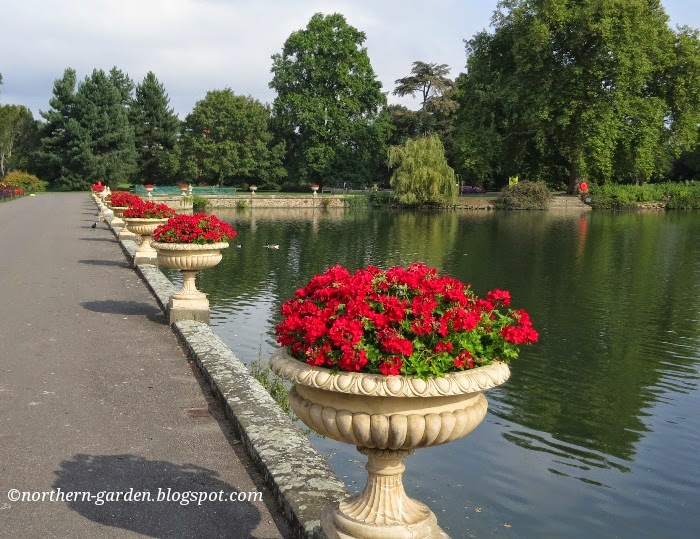 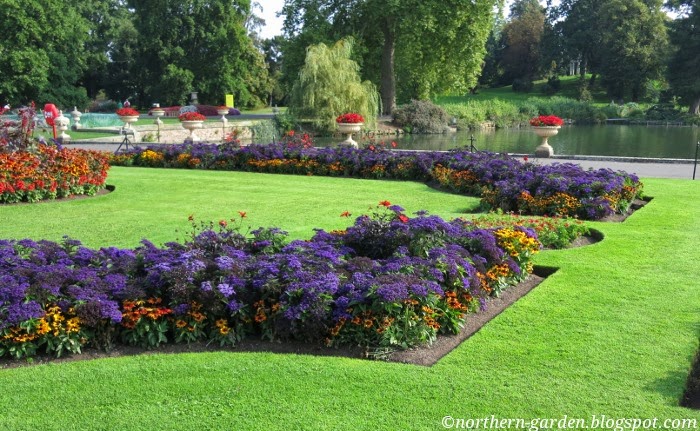 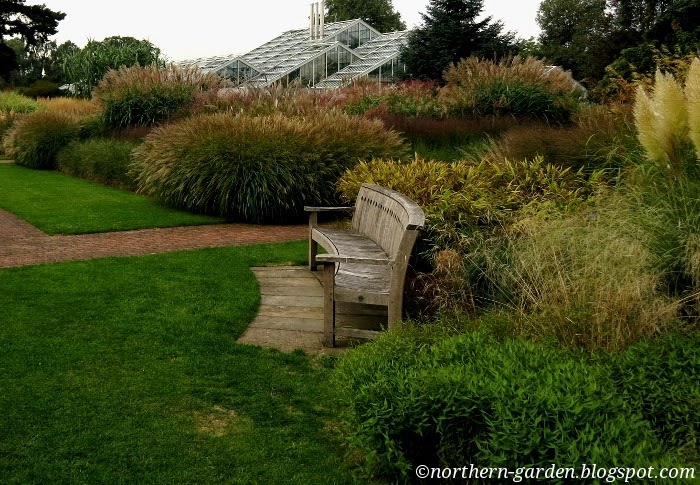 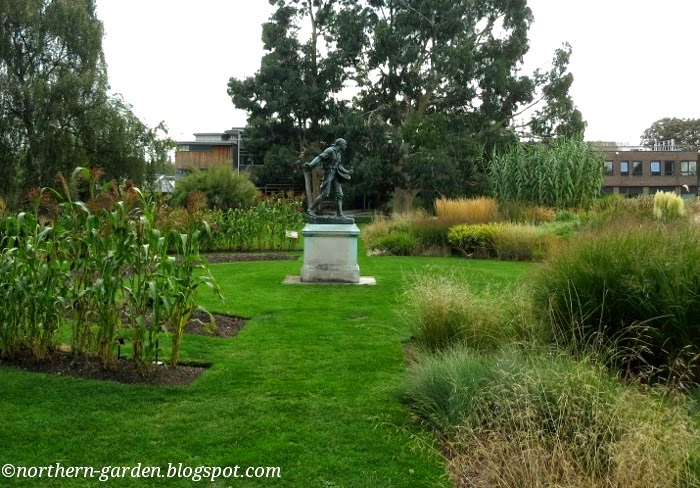 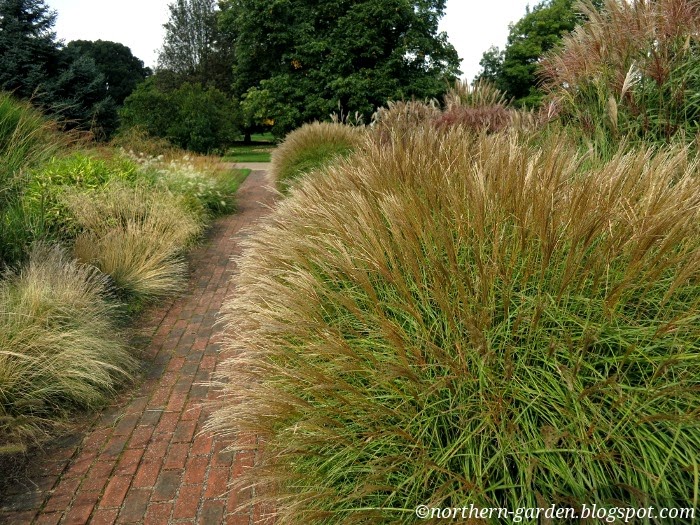 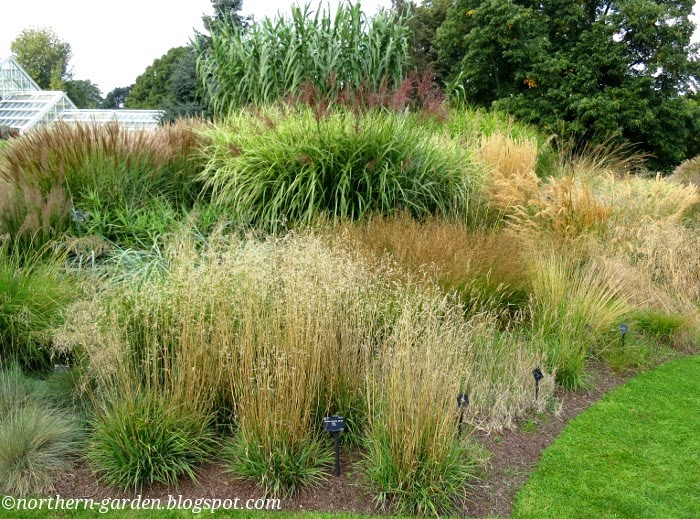 It was created to display ornamental grasses; and was redesigned and replanted in 1994. Over 580 species of grasses are displayed there. In a distance you can see the glass conservatory, it's the Alpine house. 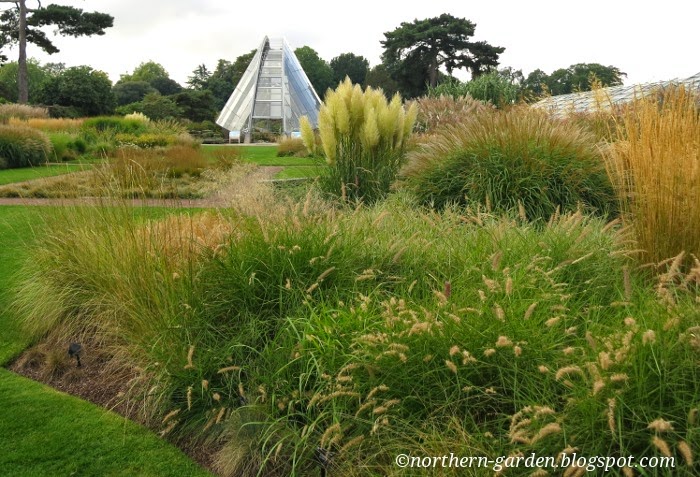 The Davie's Alpine House! It was a surprise for me, because I've never been to such talented designed building. It was opened in March 2006. 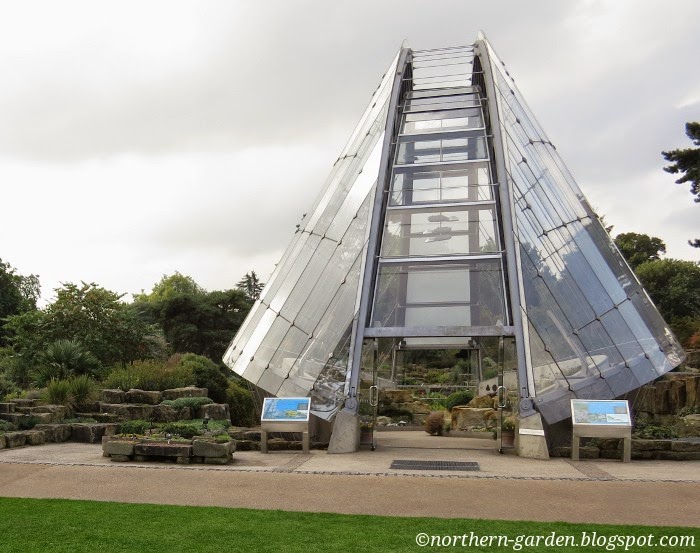 16 meters long the apex of the roof arch of Alpine house extends to a height of 10 meters in order to allow the natural airflow of a building of this shape to aid in the all-important ventilation required for the type of plants to be housed.
I've read on the stand that the Alpine house features a set of automatically operated blinds that prevent it overheating when the sun is too hot for the plants together with a system that blows a continuous stream of cool air over the plants. The main design aim of the house is to allow maximum light transmission. There many small alpine plants in exhibition, I liked crocus and white cyclamen. 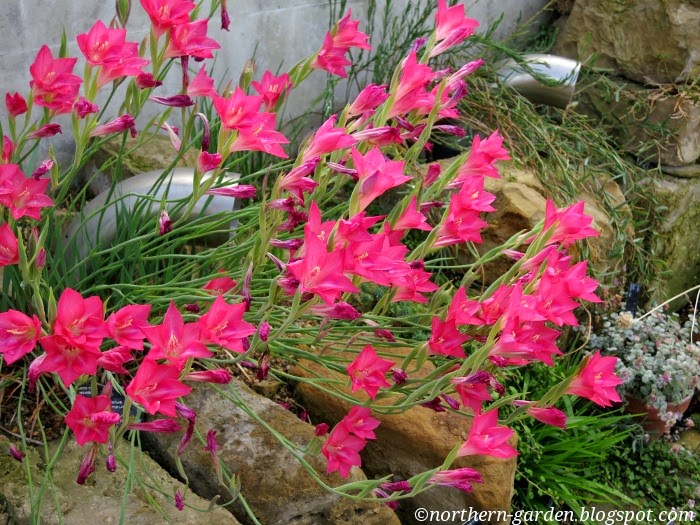 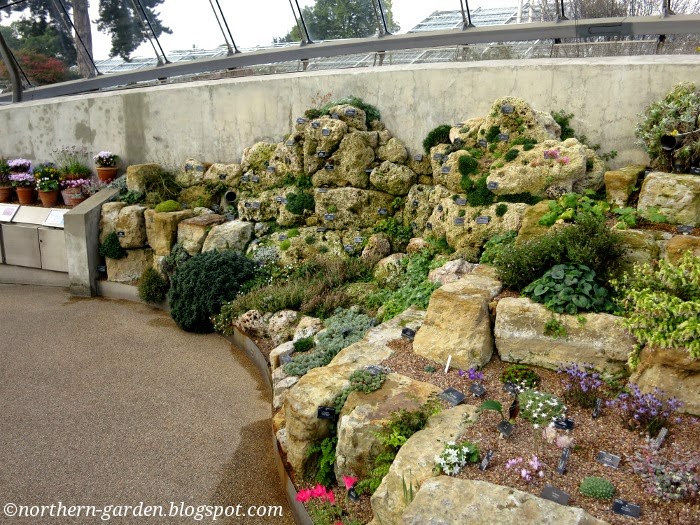 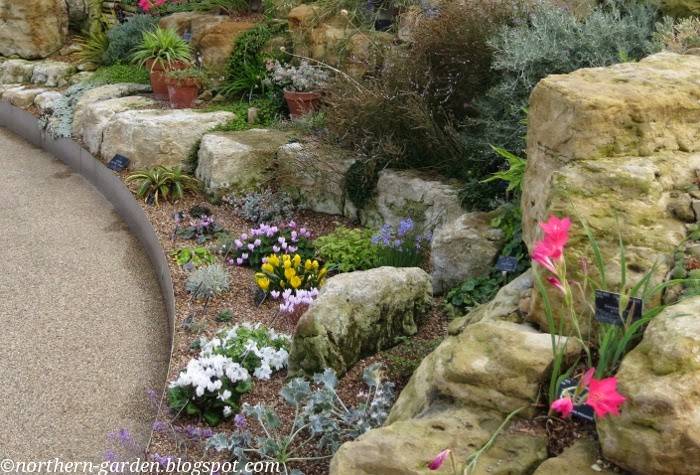 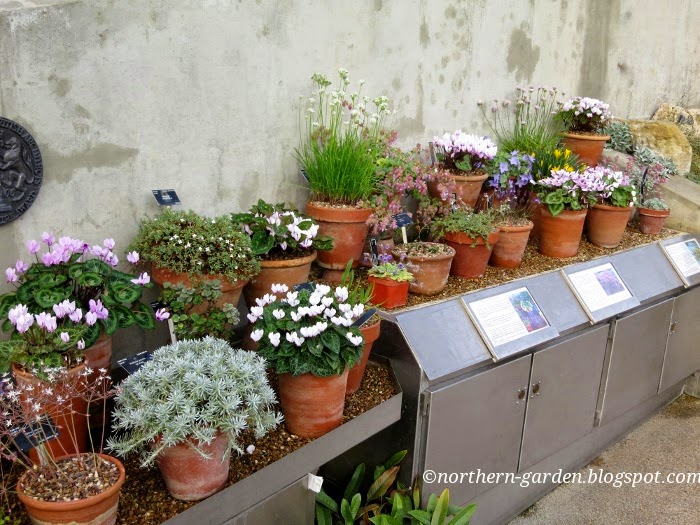 After Alpine house I went to the Princess of Wales Conservatory.

What did you know about Kew gardens? Have you been there? What other Botanic gardens do you know and love to visit?