The Drottningholm Royal Palace and Park

Late autumn, the weather is cold and rainy here, sometimes is sleet. At such moments I recollect the warm and sunny days of this year. These memories are always pleasant and especially nice to look at the photos.

Today I want to tell you about my visit to the Drottningholm Royal Park in Stockholm, Sweden. It was September warm afternoon. 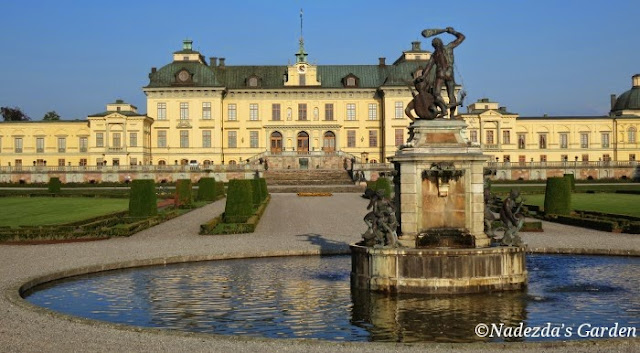 Despite of St. Petersburg and Stockholm are not so far away and nature is very similar.  There are a lot of cliffs and bays, small islands and lakes in Sweden. On one of the small islands the Drottningholm Royal palace and the park is located. The palace was originally built in the late 16th century, served as a residence of the Swedish royal court. Apart from being the private residence of the Swedish royal family, it's a popular tourist attraction. 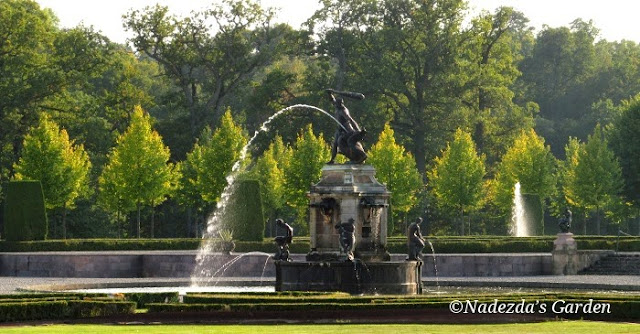 The palace has been the permanent residence of the present Royal family since 1981. In 1991 Drottningholm was the first Swedish attraction put on UNESCO’s list of World Heritage Sites. 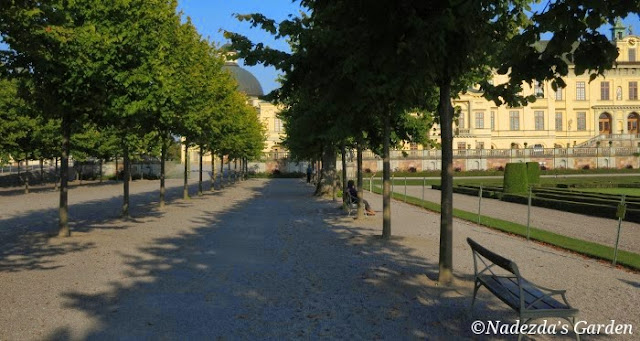 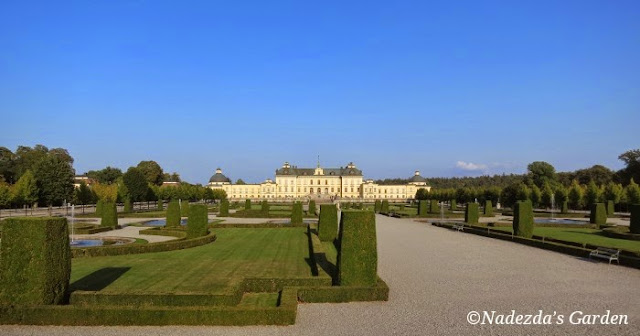 The oldest part of the gardens a Baroque garden flanked by thick tree avenues was created right outside the main palace at the end of the 17th century. There are many statues scattered throughout this area. Later the Baroque garden was neglected along with the rest of the grounds and was restored in the 1950s -60s. 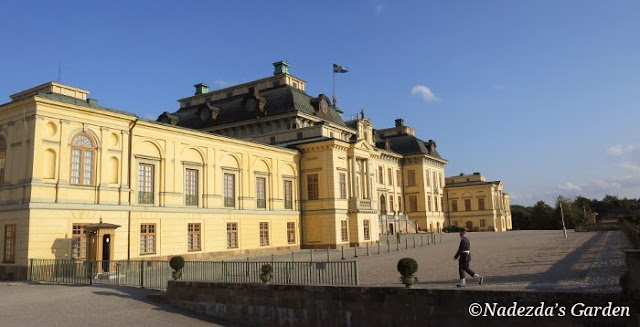 A large terrace adjoins to the palace. I saw dahlias, asters, red leaved perennials planted at the other side of terrace wall. 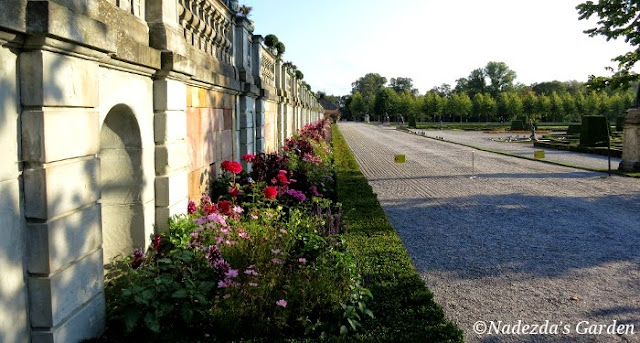 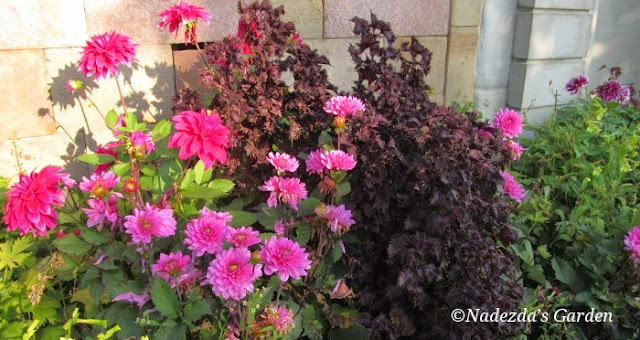 In the park a few urns of flowers were set, they were decorated with royal symbols. 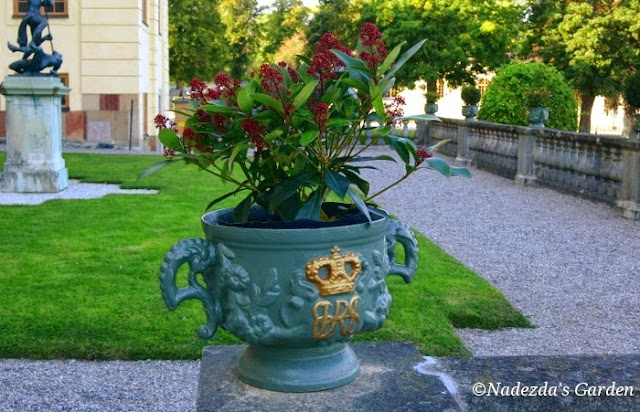 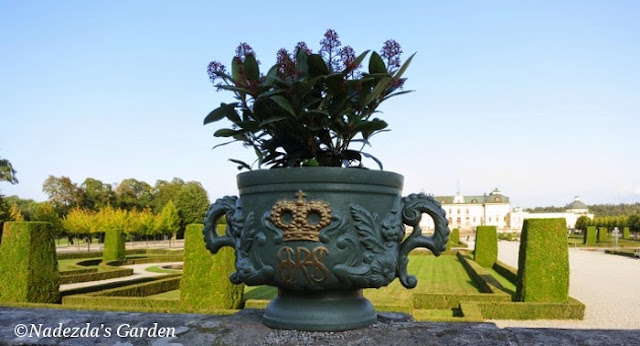 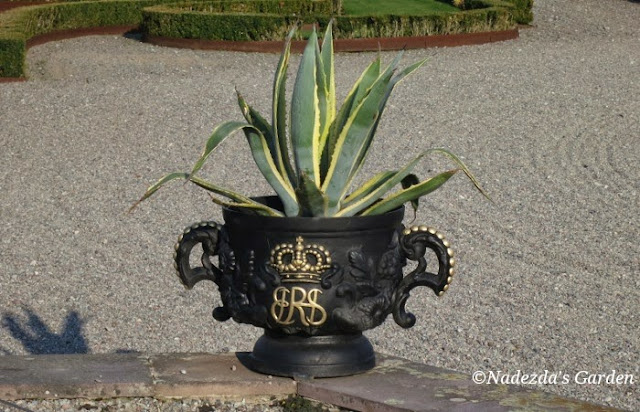 There are many big and small fountains in the center of the front garden. All trees and bushes were pruned, they reminded me artificial installations. 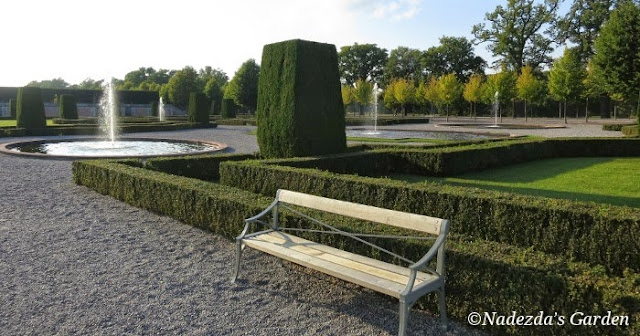 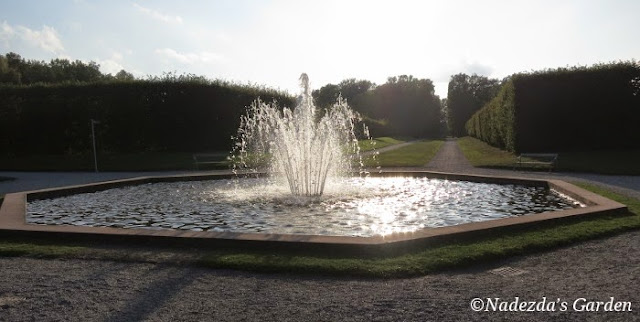 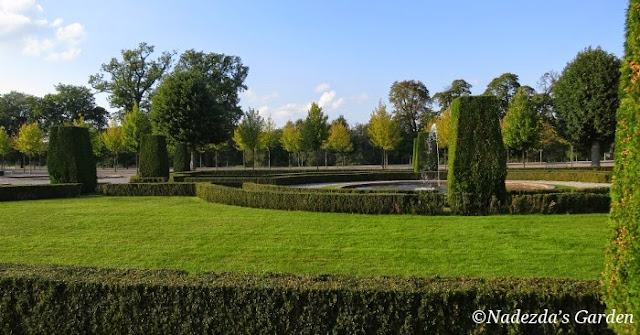 Then I noticed other wall that completes a front part of the park, along which small waterfalls are set. I liked their design and a pool shape. 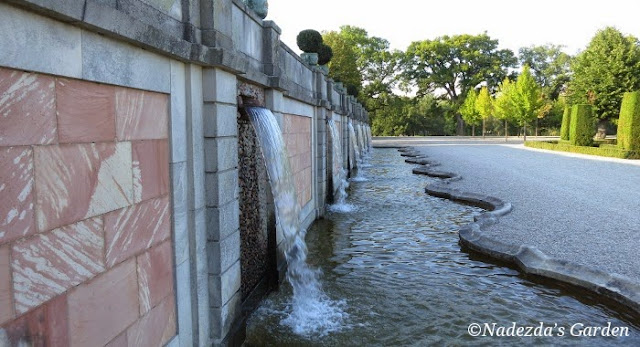 I think you're surprised that visitors of the park are not visible, it's because the palace and the park is the permanent residence of the present Royal family and the tourists may walk along certain paths of the park.

I've made the video about this park: