The Michael Garden in Saint Petersburg

Last days the weather was nice, sunny but a bit cold +4 C therefore I headed to my favorite garden  to take pictures of falling yellow leaves. I realized that actually nature was not ready to get yellow, only some oaks started to throw off leaves and acorns.
The Michael Garden takes its name from the Michael Palace better known to visitors as the State Russian Museum. Throughout garden long and varied history it has been a formal French garden, then a hunting reserve, and also it housed labyrinths and fountains. When construction of the Michael Palace finished in 1825, the Garden was turned into a landscaped park. 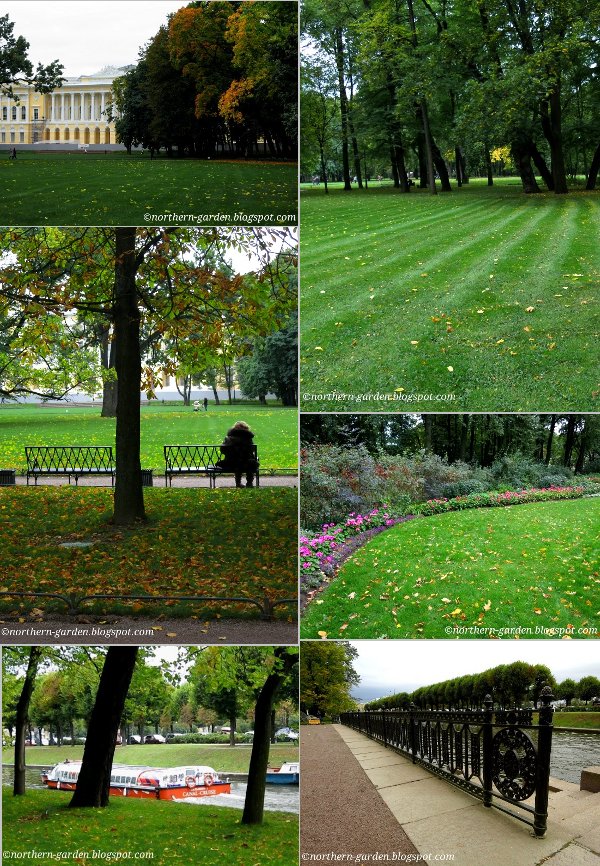 On the banks of the Moika River, is an ornamental wrought-iron fence built in 19th century. Next to the fence there is a bed with blooming white roses and the very old oaks grew there, preserved since old times probably. On a canal despite of cold weather tourist boats were waiting for passengers for canal cruise. 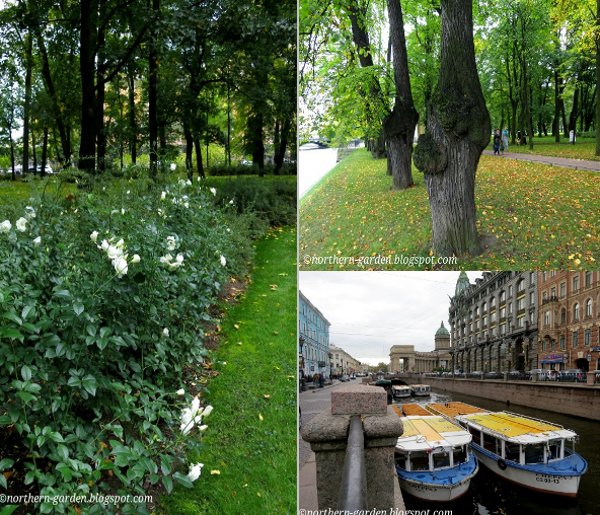 I love watching another wrought-iron fence that separates Michael garden from the Church of the Savior on the Spilled Blood. 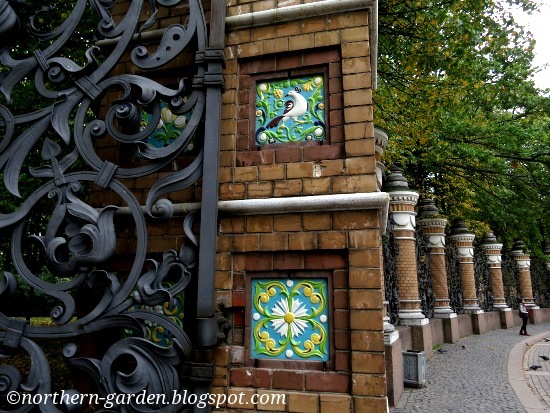 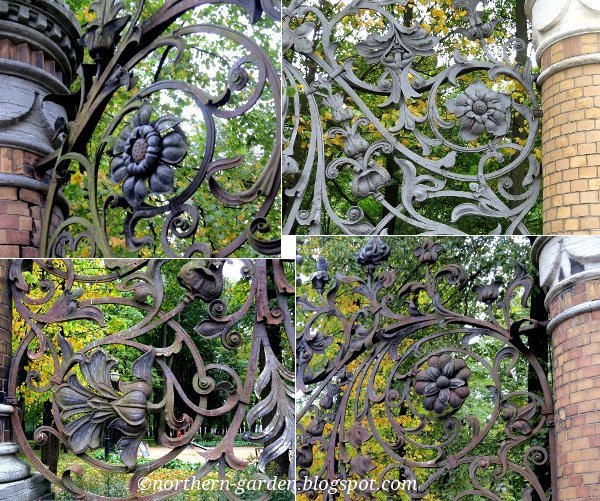 This fence actually is wrought-iron interweaving of branches, leaves, tulips, roses, dahlias and other flowers. In this time of year against the background of yellowing leaves, it looks very nice. Besides white roses hostas, pelargoniums, chrysanthemums, asters continue their blooming till now. 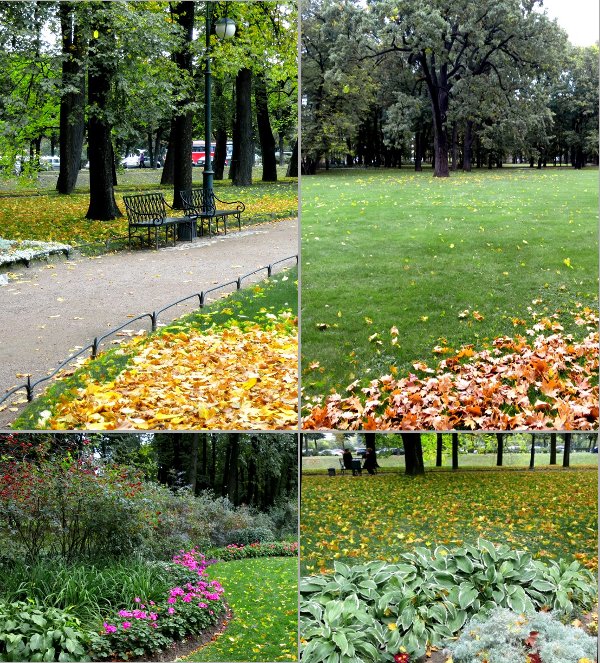 The Michael Garden was closed for restoration and opened again for St. Petersburg 300th anniversary in 2003. Today it is once again a favorite place for citizens to go for a walk or simply to relax and do nothing. Classical music concerts are often held here in late spring and summer.
Posted by Nadezda at 10/25/2015