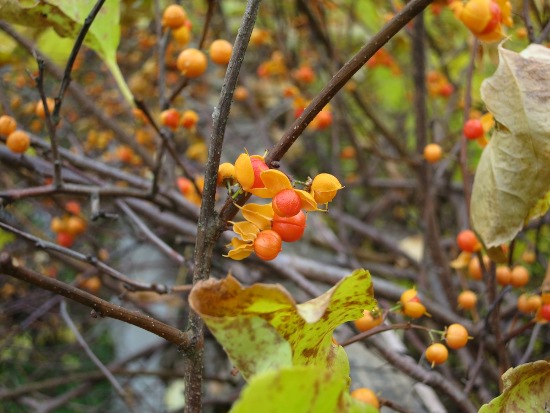 November has come, the last autumnal month, the darkest one, with frost and snow. The bright orange Celastrus's berries between old faded leaves decorate trellises in my garden. They keep hanging on branches all winter, and I especially love them covered with snow hats. 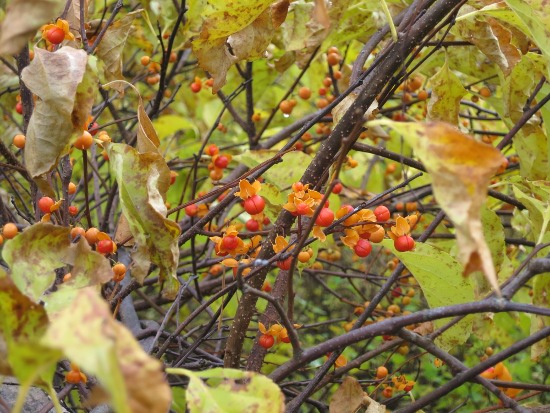 My rhododendrons are red and green now. The evergreens usually lower down their leaves and roll them to minimize water evaporation in frost . The deciduous rhododendrons have been getting reddish and later will drop their leaves. Now, they are healthy before the coldest season comes. 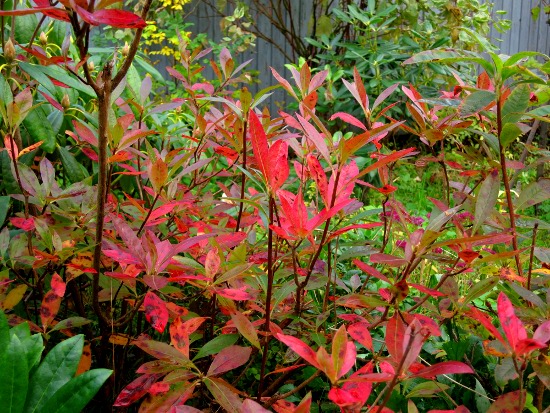 We had already had first frost and snow that fast melted, my pond was covered with thin ice. I must say the first frost surprised me because I did not prepare water lilies to overwinter. Therefore having looked at ice and frozen lily leaves I quickly have put my special boots on and began to drag out the baskets with water lilies up. 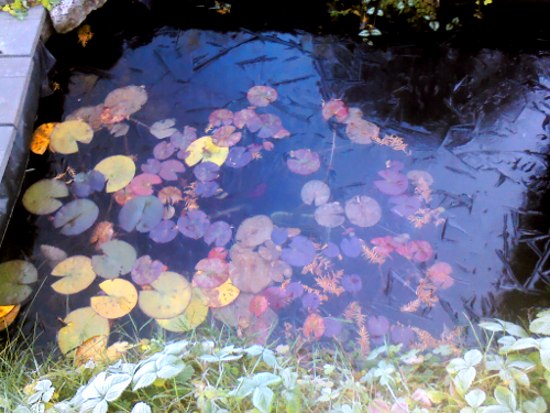 It was the second surprise: the biggest red lily had two buds! It was a pity but I had been sure they wouldn't bloom in November cold water and I pruned all leaves and buds and put the baskets in the deepest part of a pond to winter. 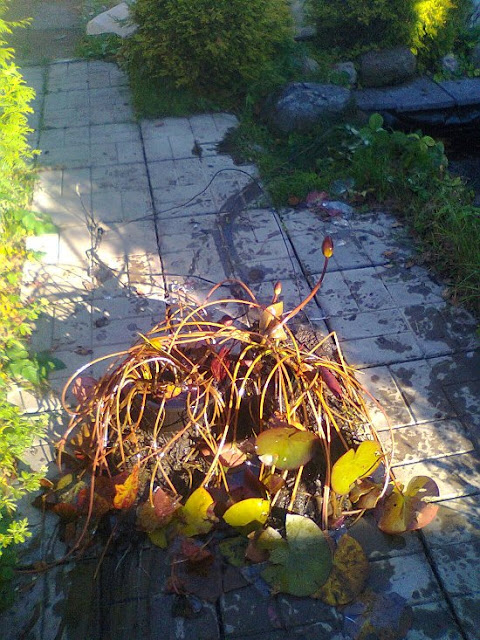 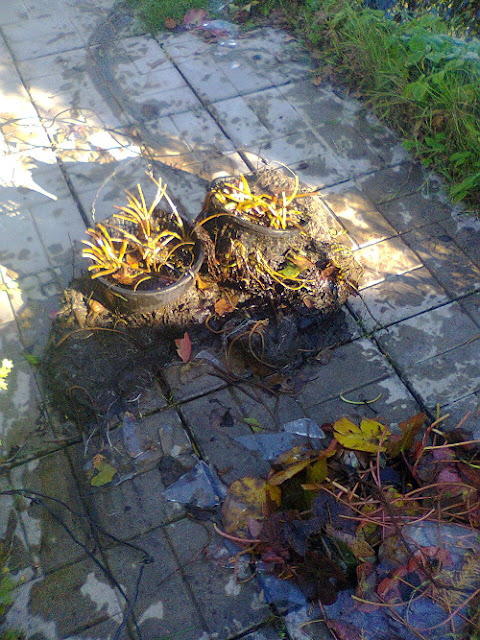 The road from my summer cottage was deserted when I had been going back. Some people that had big harvest of apples put them in sacks and leave at the road to anyone could take. I've made many jars of apple jam and I think to do the same or put in a compost tank and the rest to leave for birds. 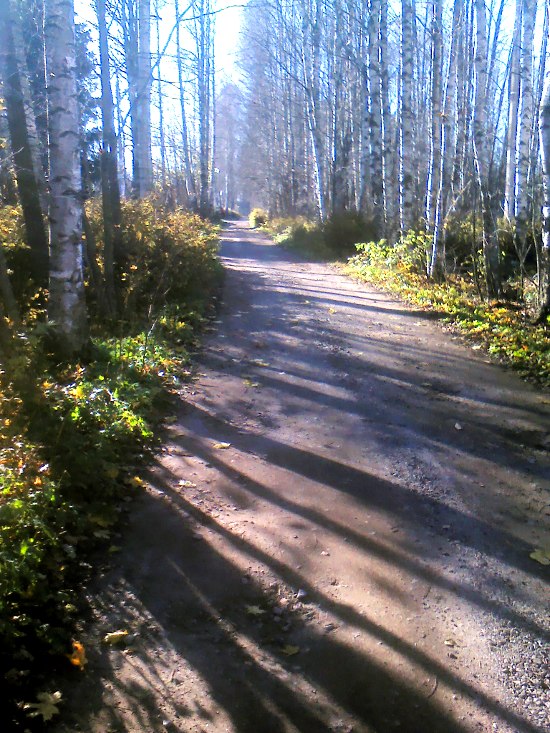 The low sunny rays went through white trunks of birches, their bare branches. I have been thinking it was one of the last nice autumn days, without rain and wind.
By the way this night snow has whitened all around and I think I have to go to my garden to clear the paths or perhaps it melts tomorrow, ah?

What is the weather in your place now?
What do you do in November in your garden?