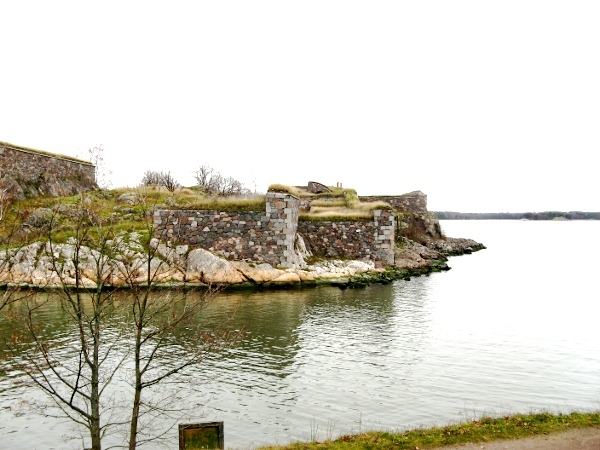 It was grey November day when I decided to visit the Suomenlinna fortress. The ferry from Helsinki fast arrived to the pier, cold waves of Baltic sea beat on a shore and large stones. Suomenlinna (known as Sveaborg or Viapori) is one of the most popular insular tourist attractions in Helsinki, Finland. Its name means in English 'Castle of Finland'. Despite weather the ferries to Suomenlinna can always get quite crowded.
I want to tell you about this place. When Sweden started building the fortress on islands it was to be just the sea fortress with additional landside fortifications, according to the needs of the Swedish archipelago fleet. 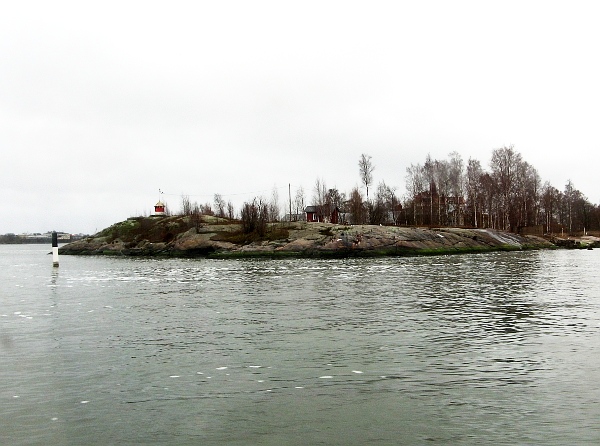 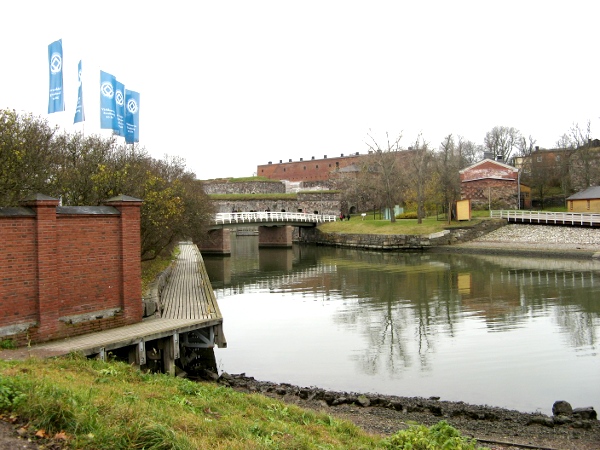 Entrance to the fortress from a ferry pier

Later the next stage in the arming of Suomenlinna was when it became part of "Peter the Great's naval fortification" designed to safeguard the Russian capital, Saint Petersburg.
Strolling in the fortress I saw granite fortifications from those years, they struck me with their shape and height. I walked over and touched the hewn granite blocks. They were warm to the touch! 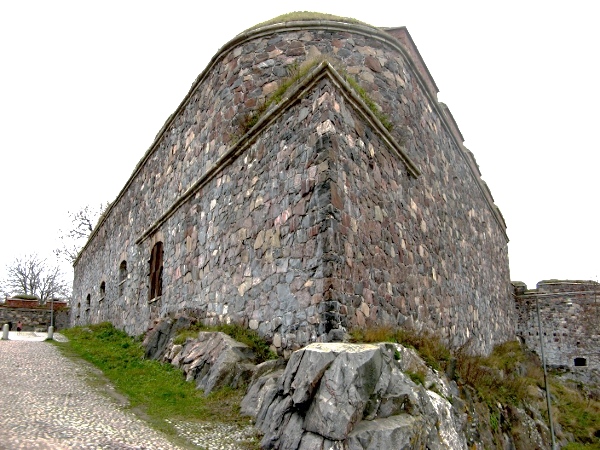 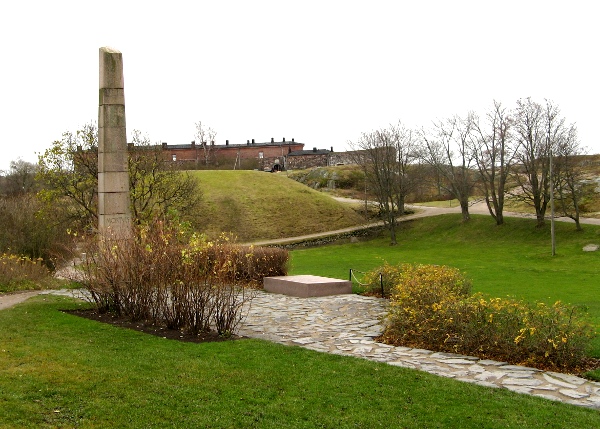 The naval fortifications from  local granite stones and earth-covered barracks

During extensive earthworks barracks and the dockyards were built at the western and southern islands. On the island's square, I was surprised to see the low green hills. Getting accustomed I realized that they were barracks, buried in the stony ground. Their green grassy roofs were apparently disguises. For me it was strange to see such buildings. I've never seen so strange disguise before, probably the living in these barracks was damp and uncomfortable. 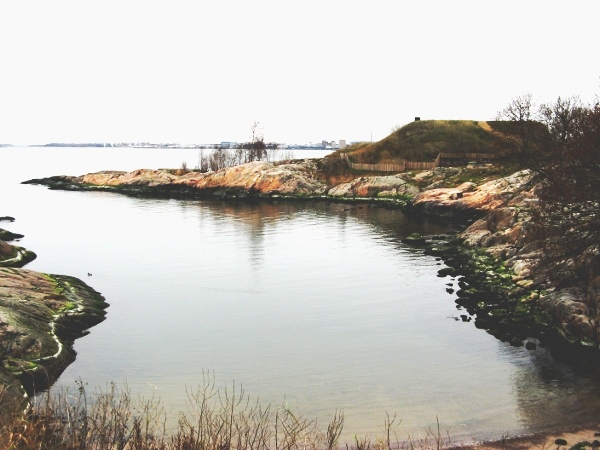 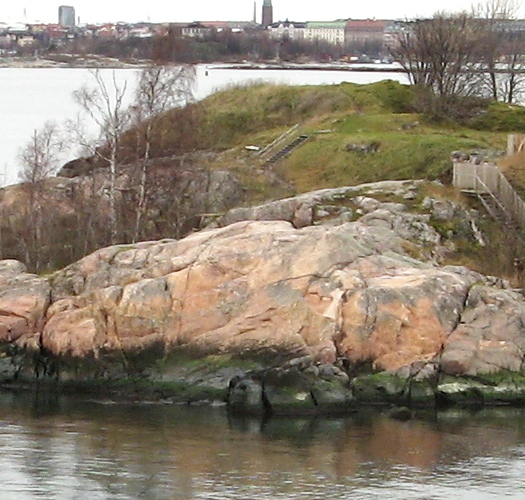 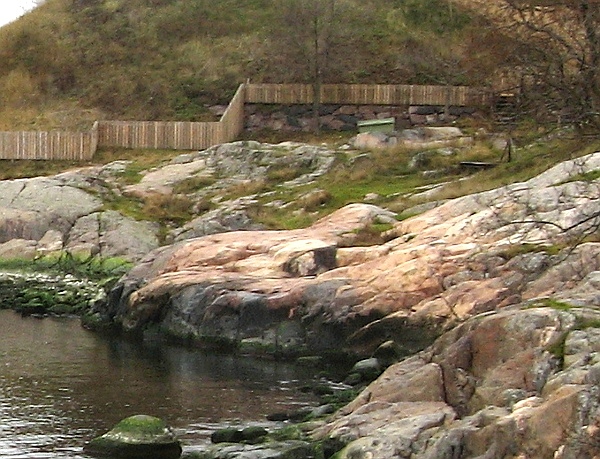 The fortress became part of the Independent Finland in 1917. Nowadays Suomenlinna is served by ferries all year, and a service tunnel supplying heating, water and electricity was built in 1982. Several buildings have been converted into artists' studios. During the summer there is an art school for children. I believe that the beautiful combination of old fortifications and the harsh northern nature of the islands inspires young artists. 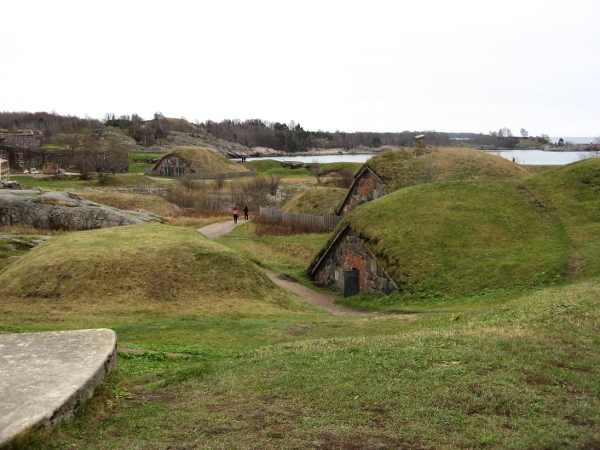 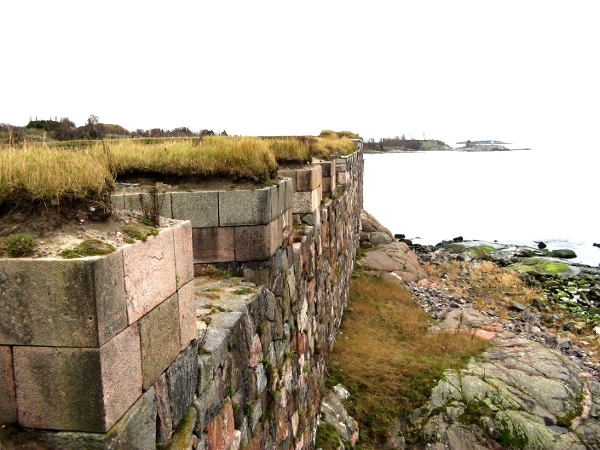 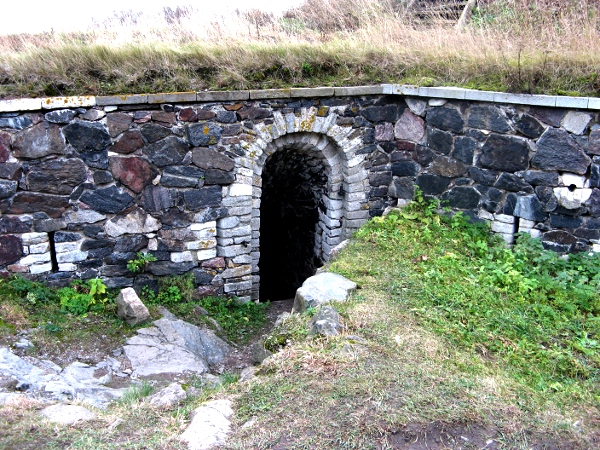 Fortress walls topped with earth and grass
Suomenlinna was recognized as a world heritage and the most popular tourist destination in Finland. Therefore I hardly found the time when no one disturbed me to take a photo of the chain sea gates to the fortress. Tourists are constantly taking pictures there. 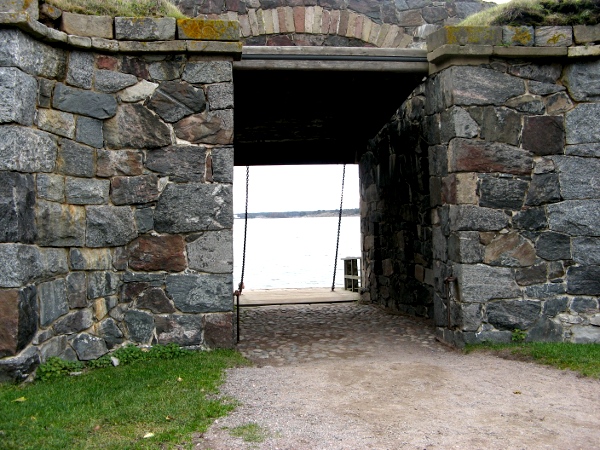 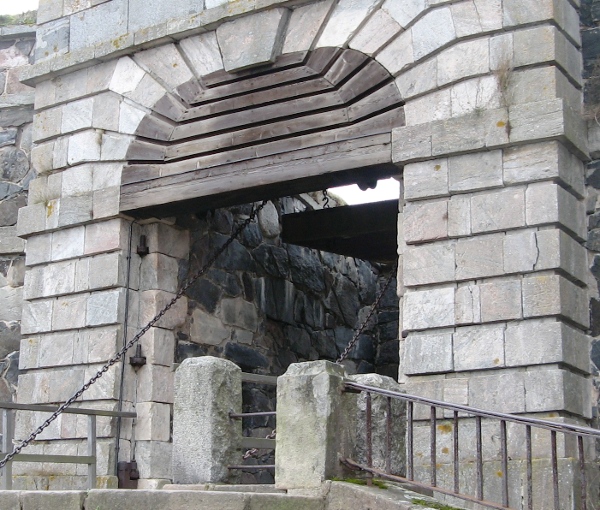 The central entrance to the Suomenlinna fortress, chain gates.

Saying farewell to the 'Castle of Finland' I've taken the photo from the fortress high wall. The low grey clouds there were, in a distance above the sea the clear sky was seen.

Have you been to any fortress before? What was it like? Was it in touch with nature?
Posted by Nadezda at 11/13/2017