Today I want to continue my story about my visit to the 'Scarves and Shawls' exhibition at the State Russian Museum and show you the exhibits of the 19th and 20th centuries. 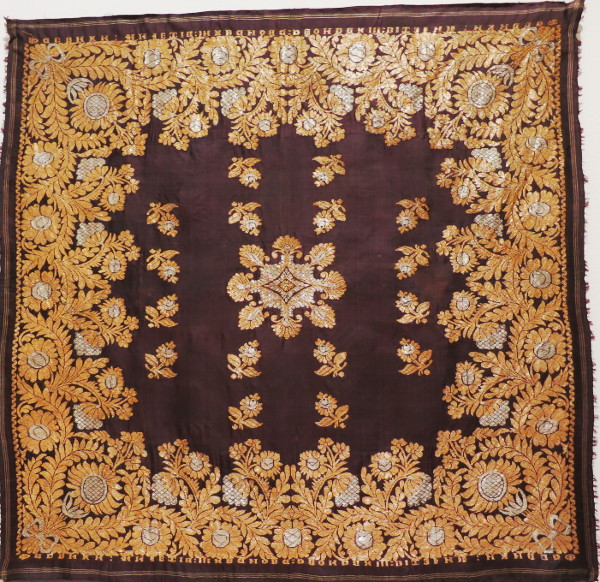 In the 19th century, square scarves appeared the fabric was tightly covered with a flower pattern of brocade, silver or gold threads. A border and fringe arose on the edges of the shawl or scarf. 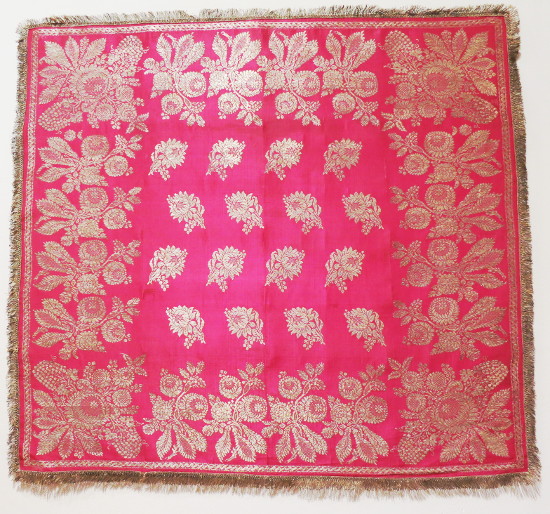 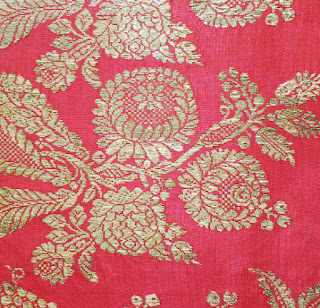 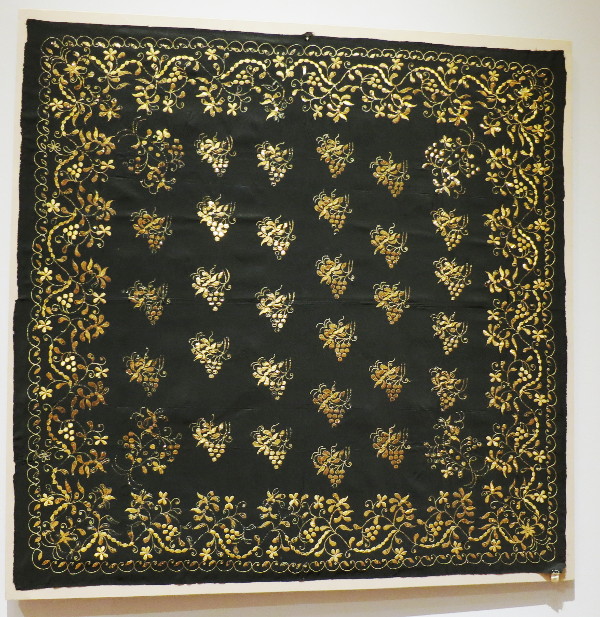 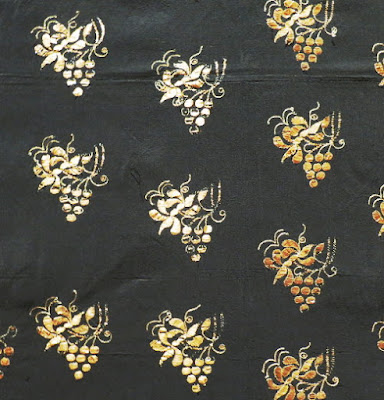 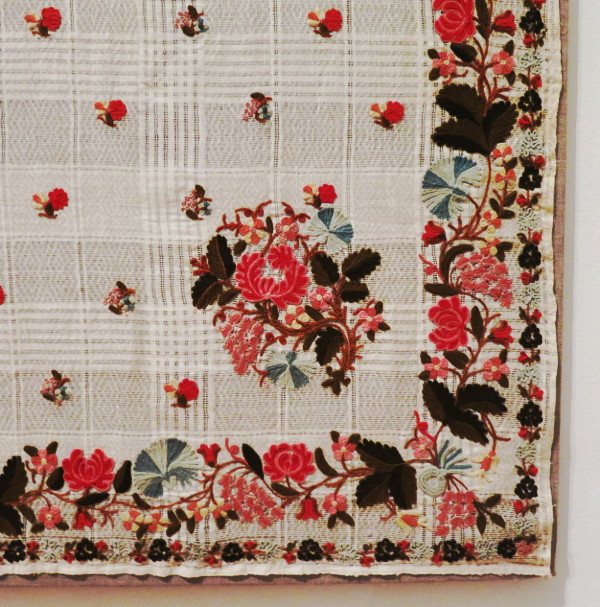 At the middle of the 19th century in Saratov in the estate of a landowner serf lace-maids worked. Lace scarves and shawls were decorated with rich flower ornaments, each of them had its own composition, color, the thinnest pattern. 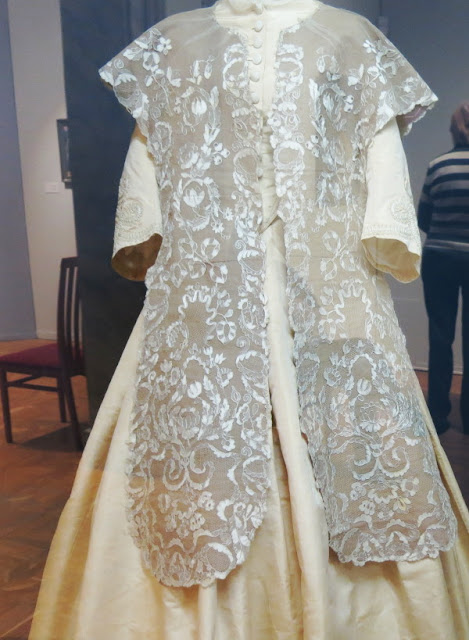 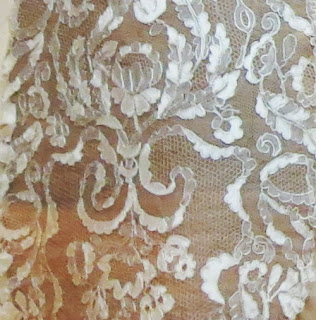 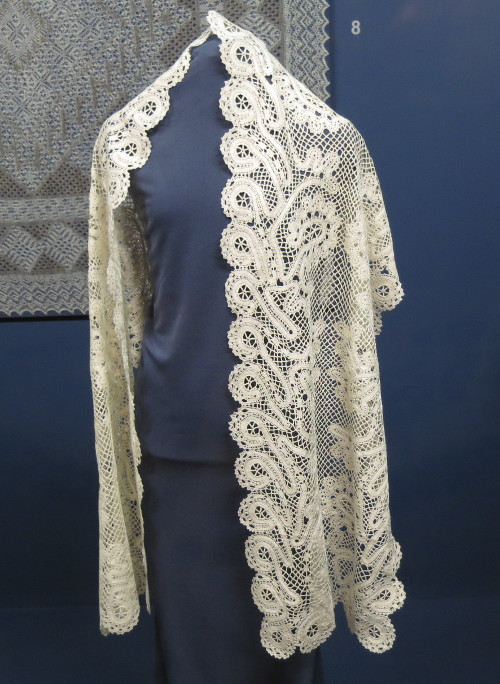 At the beginning of the 20th century shawls of delicate goat down were knitted in the workshops. Such work required high skill and subtle artistic taste. To show the fineness of a knitted shawl, it was threaded into a ring. 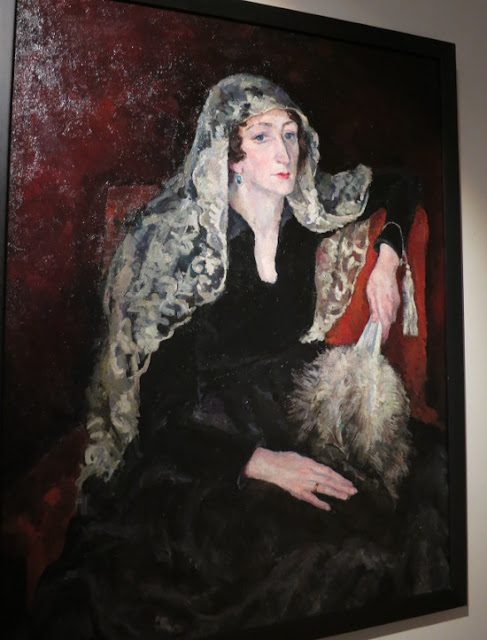 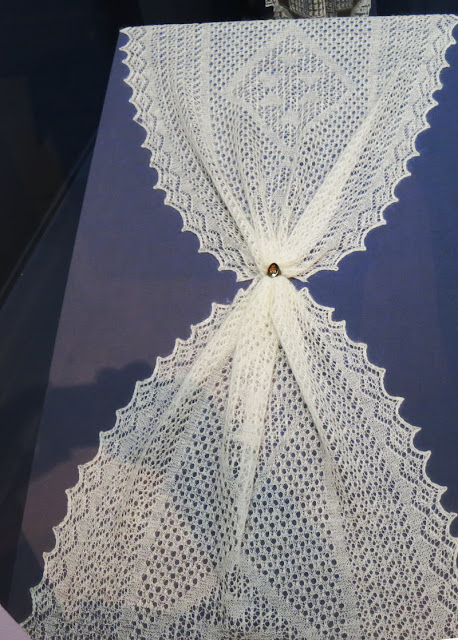 At the same time woven shawls and scarves appeared, the pattern of woven flowers or petals sought to convey the charm of flowers. 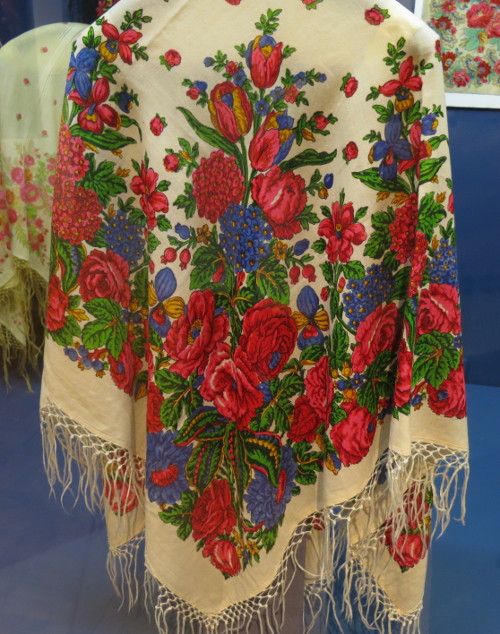 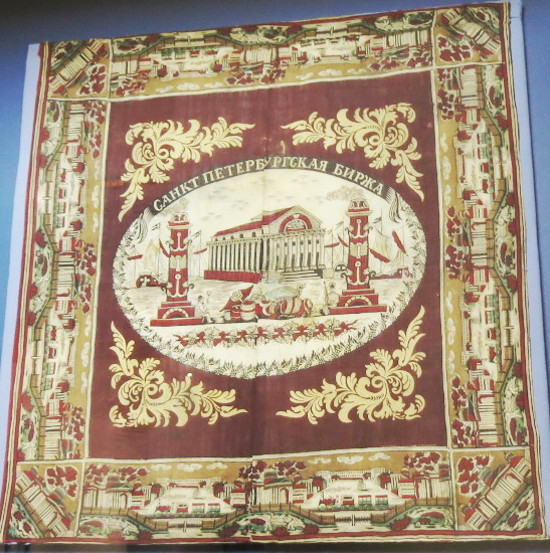 The last scarf that I show has a pattern of St. Petersburg's stock exchange building. Now in the 21st century, it would probably be a beautiful souvenir for tourists and visitors of the city.