The first time I've read about this plant in January this year, when I got the bulb as a gift. The large bulb was called Ismene festalis (Hymenocallis festalis), unusual flower was depicted in the picture. It's common name is "Spider Lily". I learned that at the top of each flower stalk (height of 45-60 cm) can be up to 6 fragrant white flowers in diameter of 10-15 cm. Minimum temperature for the plant growth is necessary +13 C.It's  necessary to water the plant sparingly before the appearance of green leaves, and watering has to be stopped when the leaves start to wither in the fall. I decided to grow Ismene in the garden container. Ismene comes from the hot and humid subtropics, where drought lasts for two months. They can be grown outdoors from spring to autumn. 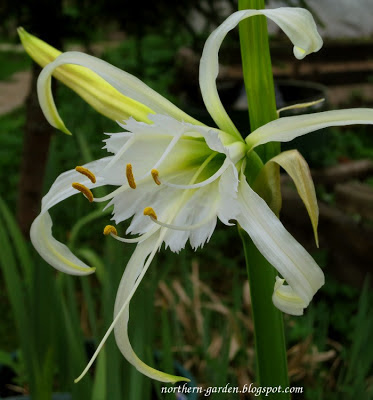 I put the container in a warm place in my greenhouse, planted bulb in the second half of April. Since early May, the container was standing in a sunny spot of the garden. Although it’s written that Ismene usually blooms in the open air in early June, my Ismene bloomed on May 19. The first bud appeared and opened on a high spike. 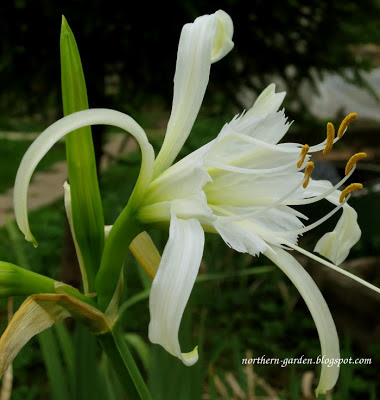 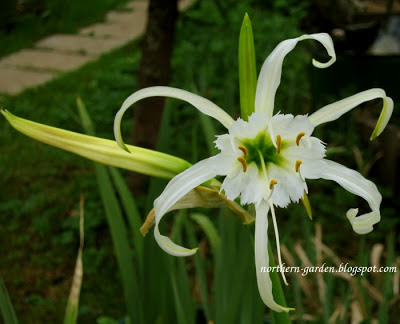 The next day, a second bud opened. It was a miracle! I've never seen such flowers. 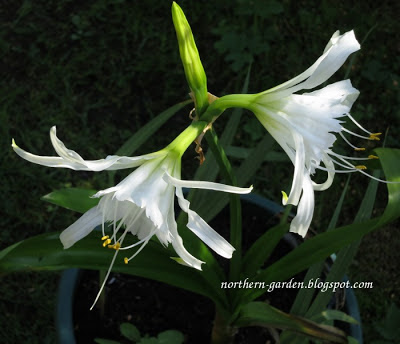 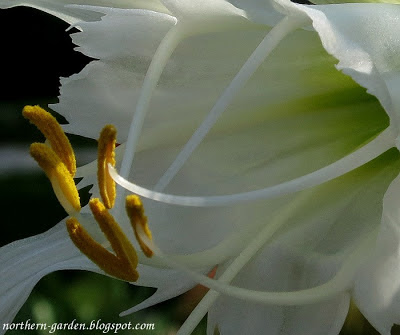 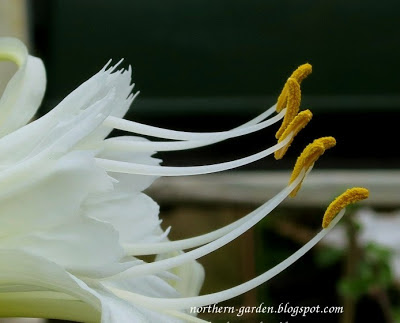 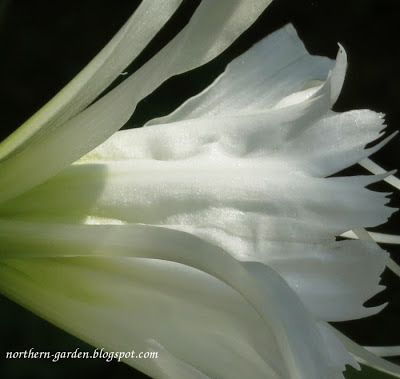 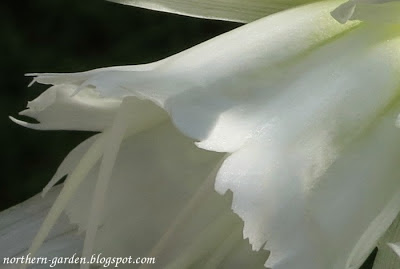 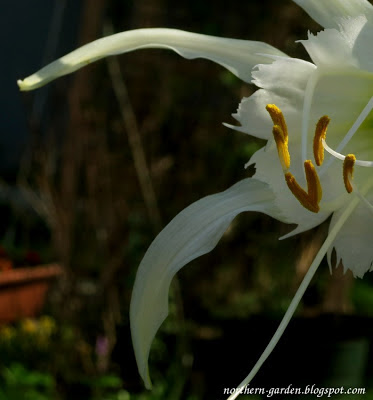 Finally the third bud has opened today at the morning! Flowers smell great. The smell is very pleasant, like the smell of lily of the valley 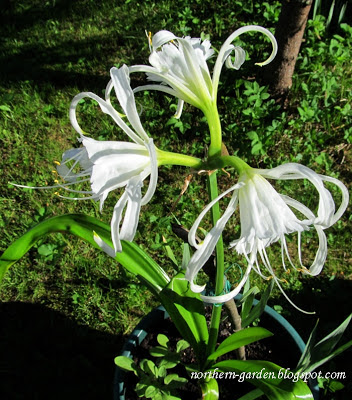 What reminds you this? Perhaps antennae of the butterfly?
And this reminds me of a white swan wings.
And these are probably dancing ballerinas, their flowing hands in a dance.
However, in early September, I should dig up the bulbs and put Ismene in a pot with slightly damp peat that the roots of bulb would not dry and store it in a cool place. This period of rest is required in order of the plant could bloom again next year.

Did you know this plant? Do you grow it in your garden? How do you store Ismene in cold season?