Today I would like to show some of the works by Pietro Canonica that I liked the most. He created many interesting sculptures that I saw at the Villa Borghese in Rome.
Pietro Canonica was an Italian sculptor, he lived in 1869-1959.
Villa Borghese is a great place with buildings, cottages, sculptures, many plants and flowers, amazing ponds with fish and turtles. One of the buildings houses the Canonica's House-Museum.
When Canonica gained big success he moving to Rome and participated in important national and international exhibitions in Milan, Venice, Paris, London, Berlin, St. Petersburg.
I was not familiar with this sculptor, and his works were a discovery for me. The pleasant discovery. Some of his works are devoted to portraits of famous people of Europe, of children of noble European families. 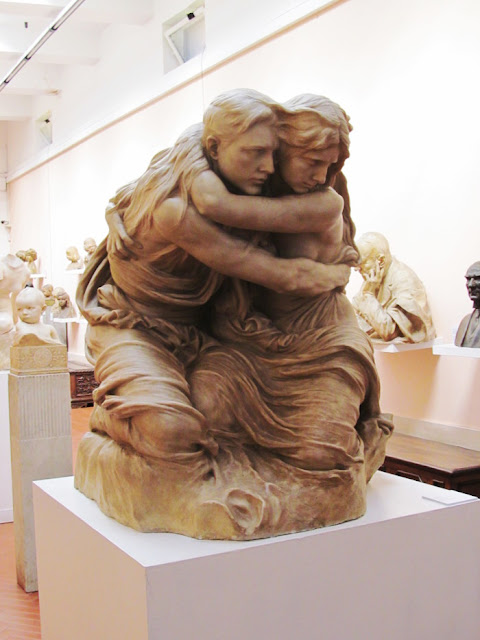 The Abyss, marble, 1909
'The image of the two is a representation of passionate love that drags into its fatal vortex, the abyss. ' 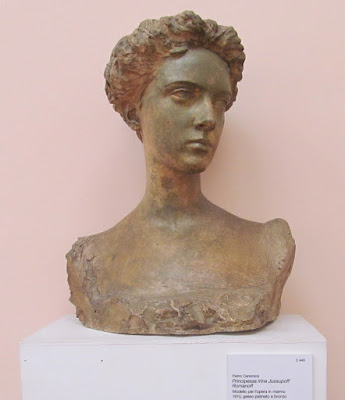 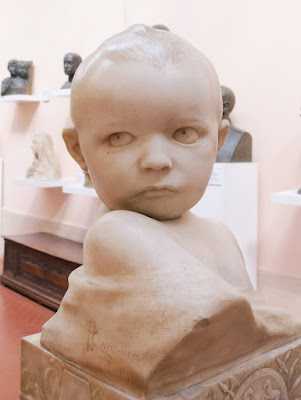 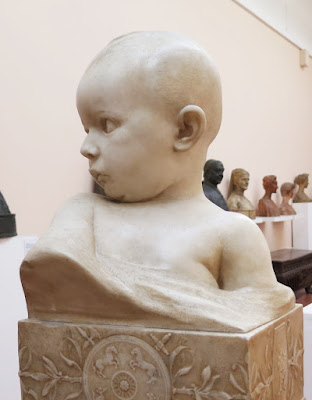 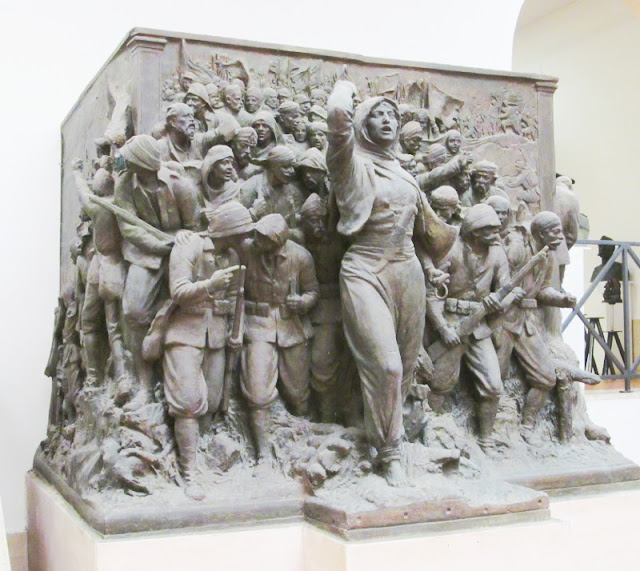 The Conquest of Smyrna, the Monument to Kemal Ataturk, bronze, 1932 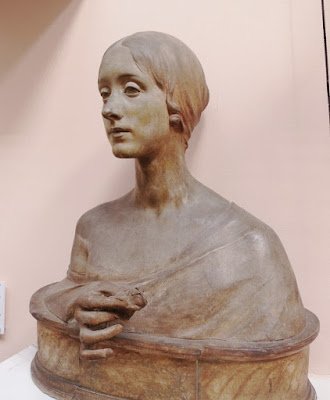 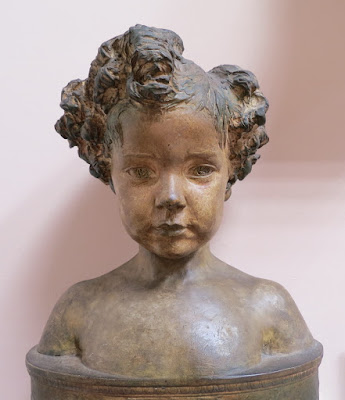 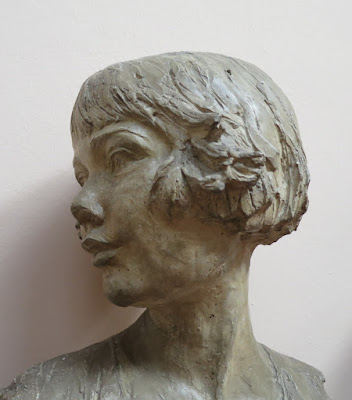 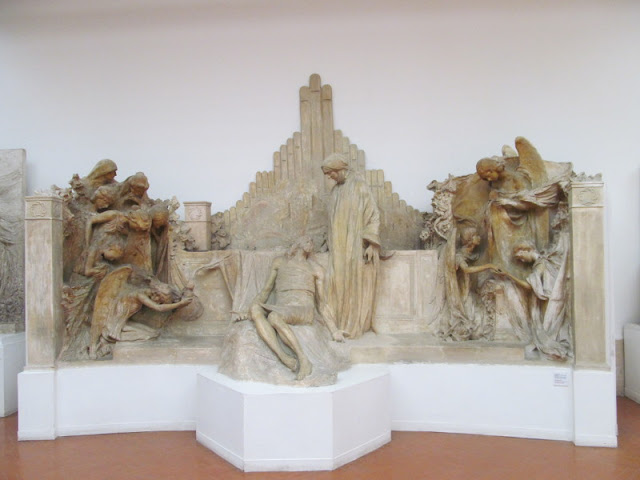 St. Paul of Tarsus and a Crucified Christ, marble, 1920 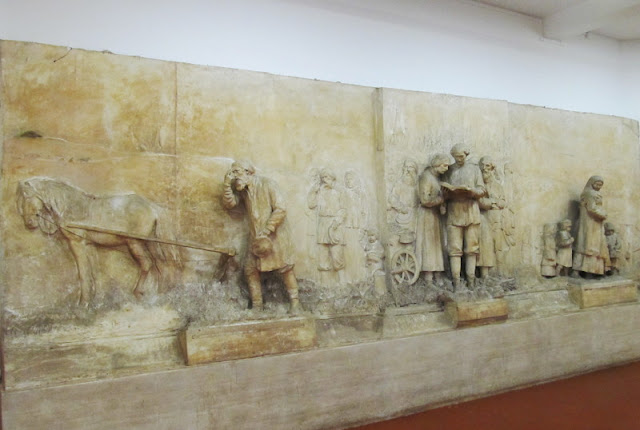 Monument to emperor Alexander II of Russia with portraits and commemorative works, marble, 1904 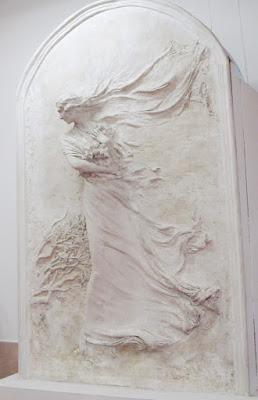 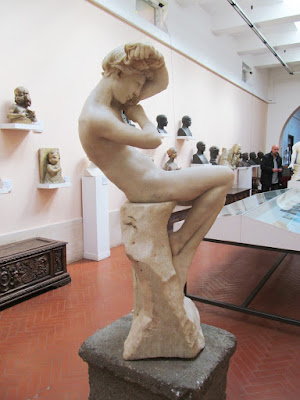 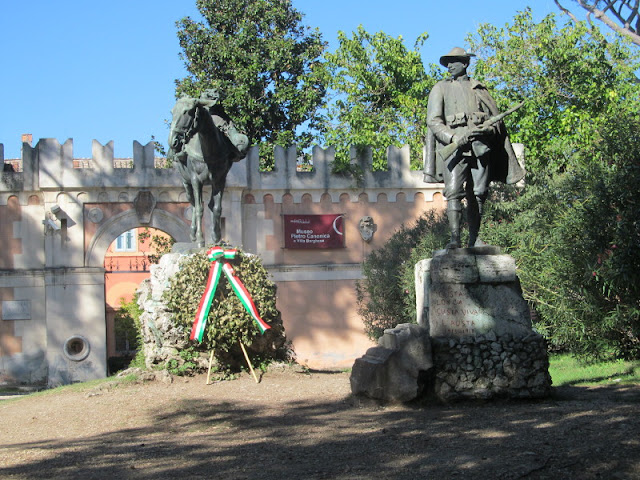 Two monuments: Alpine soldier and the mule
to mountain warfare cops of the Italian Army, bronze, 1940 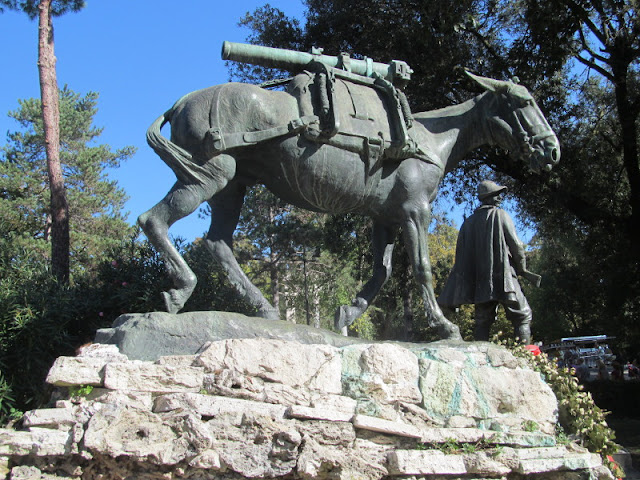 In 1937 Canonica managed to obtain the concession to renovate Villa Borghese. In exchange of the promise to donate his artworks to the city of Rome, he was allowed to use the historical building as home and studio, which he repaired and decorated at his own expense. It is believed that Canonica in his portraits was able to capture the psychology of the persons and fix them like in a firm photographic image.
What do you think about these works? Did you like something?