A Walk Along the Shores of the Gulf of Finland 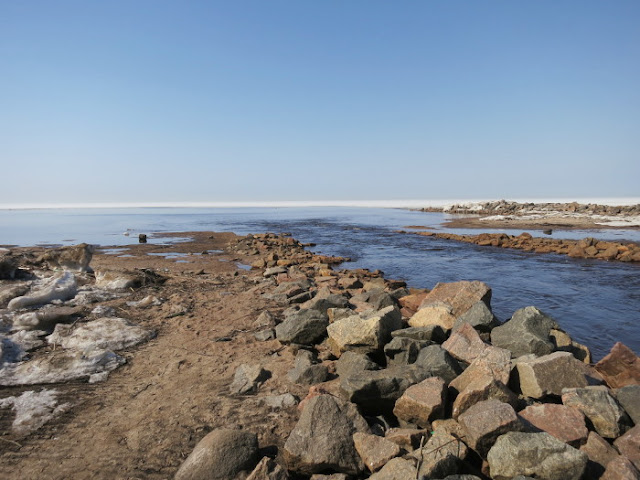 I love walking along the shores of the Gulf of Finland in early spring days. The Gulf of Finland is part of the Baltic Sea. Russia, Estonia and Finland are located on its shores. The bay near St. Petersburg is shallow, but navigable all year round.
It was sunny and windy April day. The fine beach sand was still partially covered with ice and debris. In the spring and summer, it is constantly cleaned, especially after heavy winter winds. 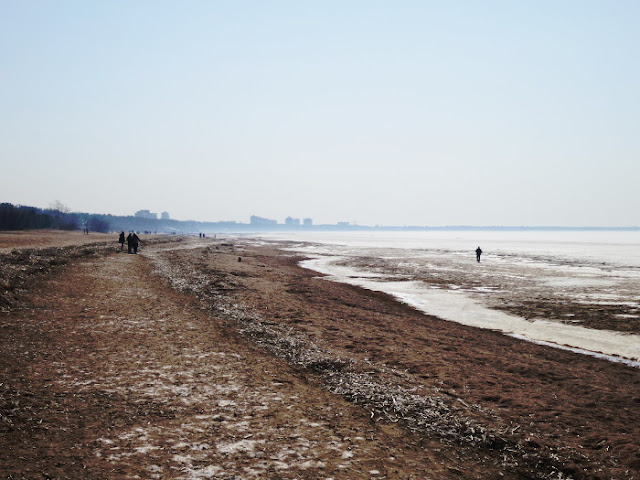 The shore of the Gulf 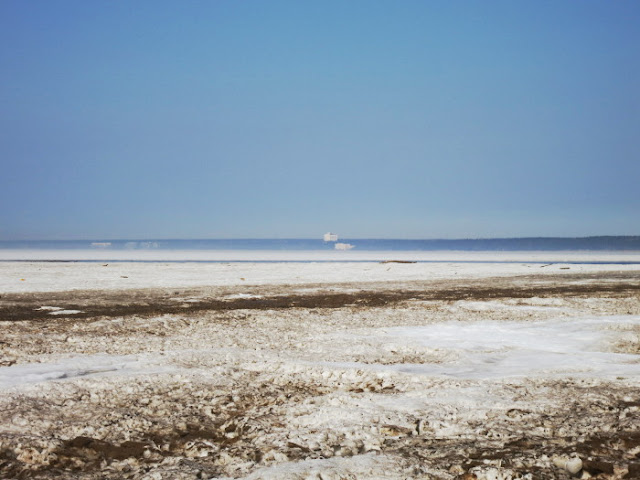 In the 18th century, man-made islands were created to protect the young capital of the Russian Empire. On the island of Kotlin, the city of Kronstadt was founded, which served as a sea fortress on the outskirts of St. Petersburg. Several rivers flow into the bay, the largest are the Neva, Sestra, Narva and Porvoo. 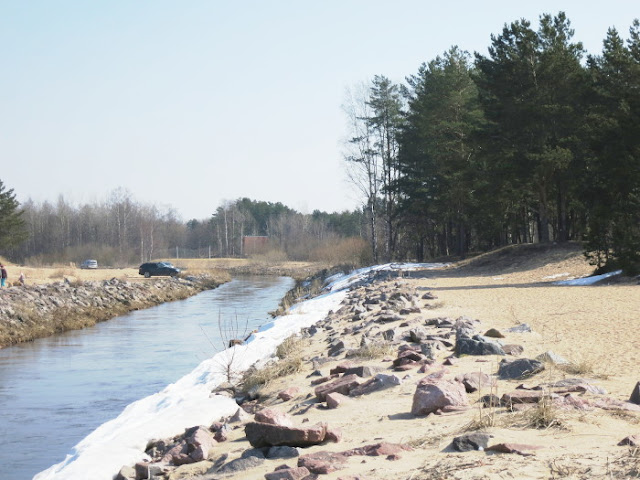 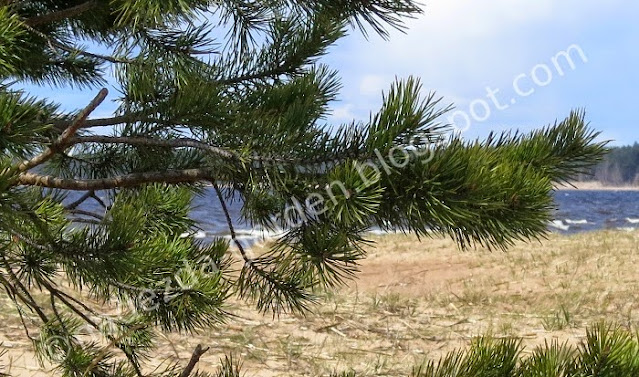 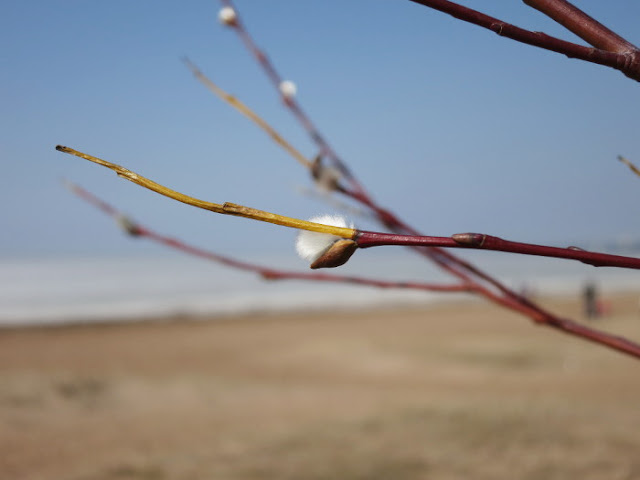 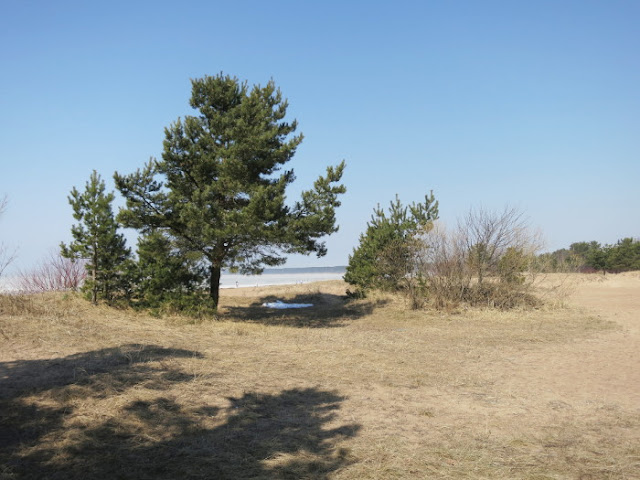 Pines on the dunes
There are many sloping sand dunes stretching for several kilometers. I rose to dune, there was a beautiful pure pine forest behind it. The air was clear, slightly salty, pleasant.
Along the coast, at a short distance, there are private estates, as well as boarding houses, sanatoriums. I walked deep into the coast, paths for walking were laid in the pine-deciduous forest. 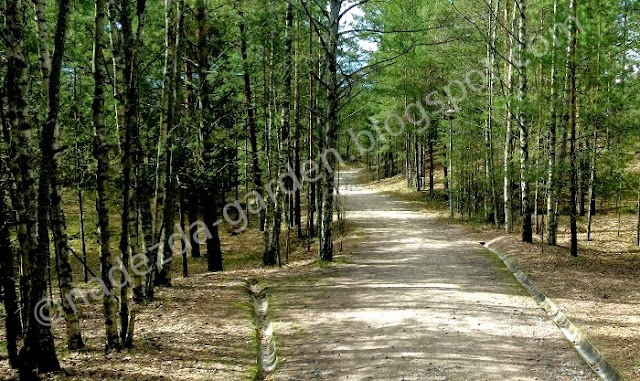 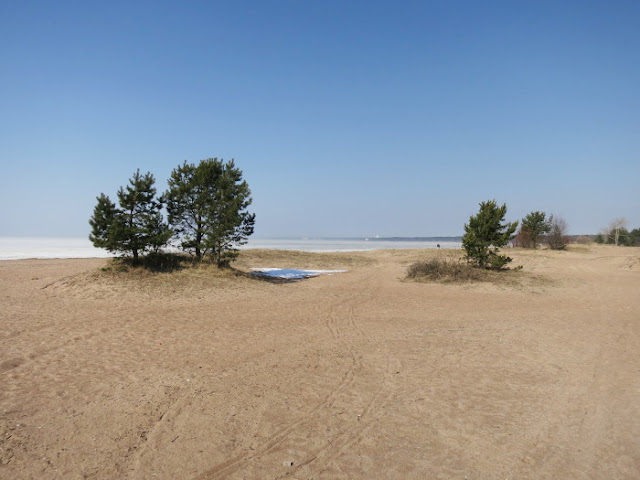 Then I returned to dunes. The weather was good, a lot of sun and fewer clouds. I spent a good time and did not want to go home, to a big city.
Posted by Nadezda at 4/27/2021