A Walk Along the River 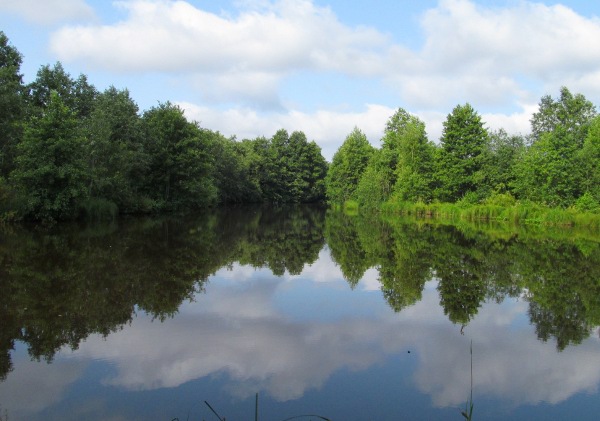 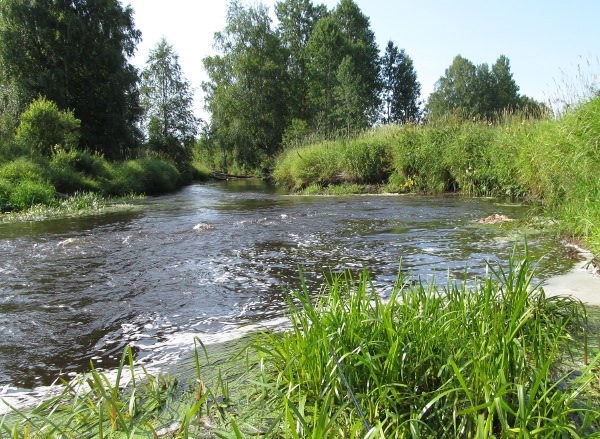 In the afternoon it became cloudy, it started to rain. Despite this I didn't waste time and started taking pictures. 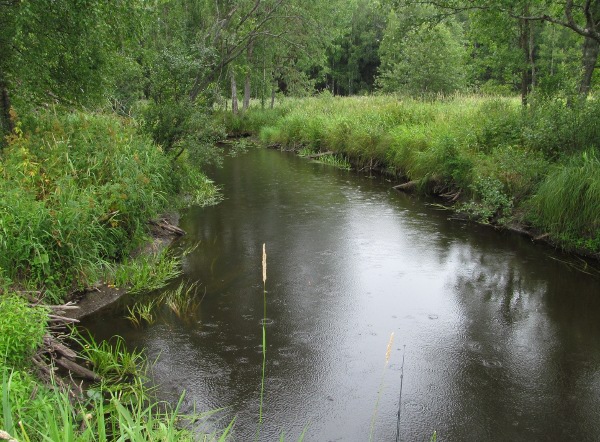 There was a swamp near the river, it was large enough, but dry, we walked along the path one by one. 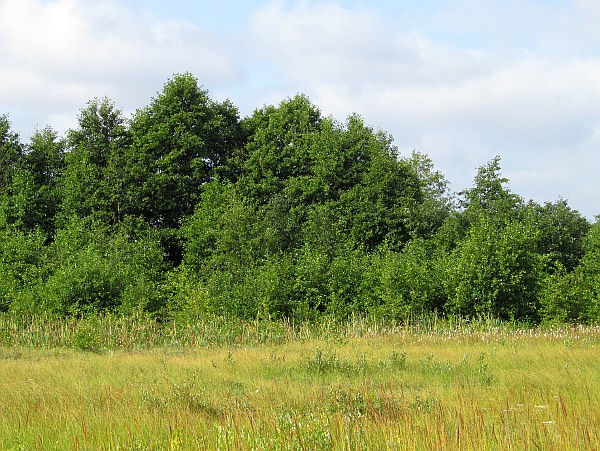 When we passed through it, I saw the Scirpus (maybe you call it orclub-rush, wood club-rush or bulrush). I remember when I was a child I took a lot of Scirpus and put them in a vase at home. But after 2-3 days, their beautiful brown heads began to crumble with white fluff. The house became dusty. Since then, I have never picked Scirpus. 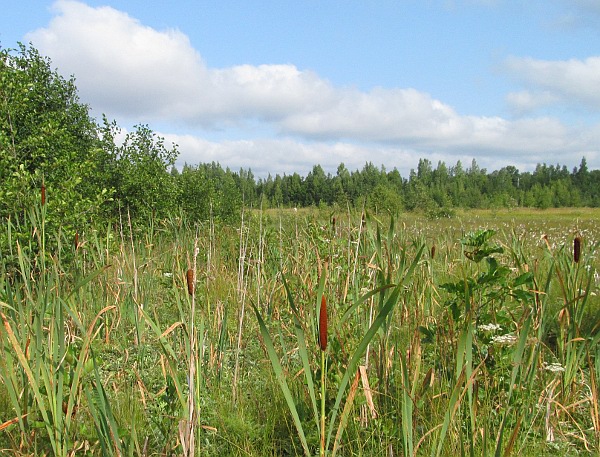 I liked the river. There were many birds like ducks, blackbirds, egrets. I even heard beaver splashing in the water on the beach. But I couldn't take a picture of him, so he quickly dived into the water. 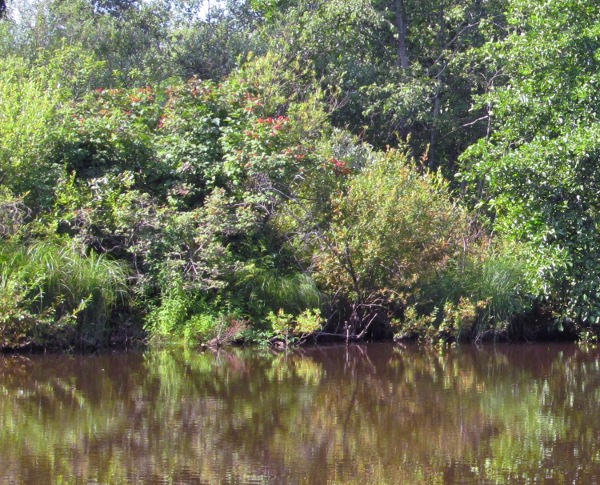 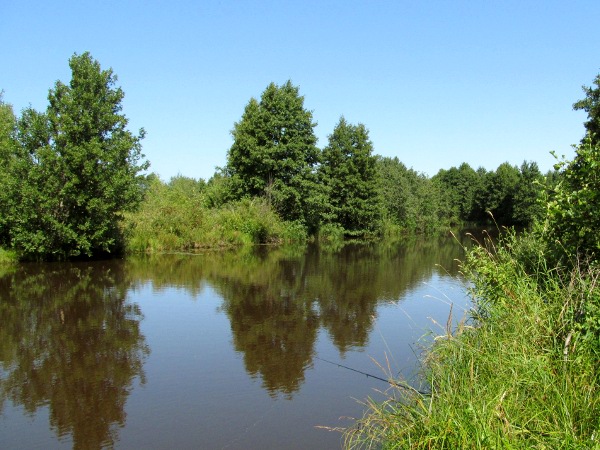 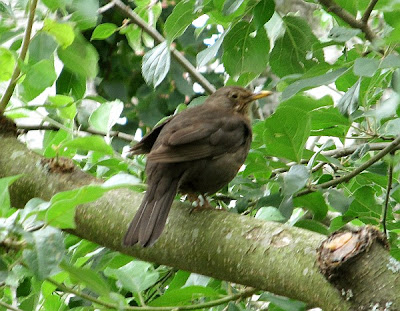 But there was an unexpected visitor! Directly opposite me, the snake was swimming in the water, as if it were posing for the camera. 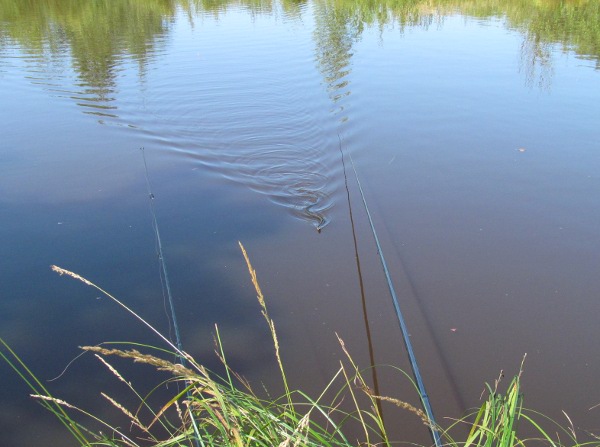 On the shore, it quickly crawled across the grass into the bushes. I think it was a poisonous viper, it had stripes on its back and spots on its head. This appearance of the viper was so unexpected that I had no time to be frightened. 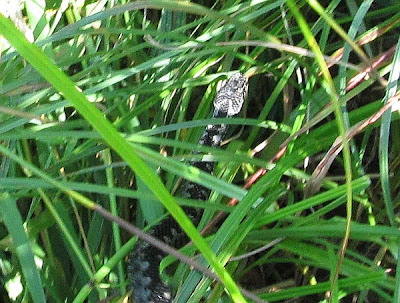 Then it was very quiet on the river. Trees and bushes were reflected in the calm water. Water lilies with large leaves grew there. 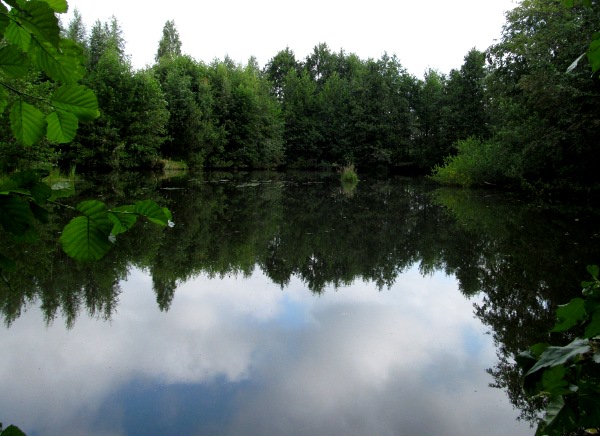 That summer day my friends and I had a great time on a river . 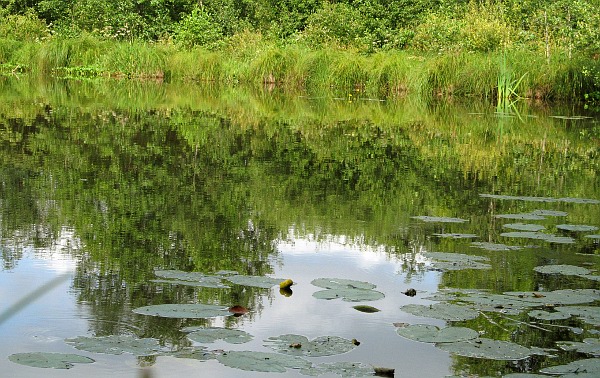