I don’t know what winter you have, but ours came immediately and in one day. Last week, a strong wind suddenly blew and drove snow clouds on us. The blizzard was named Benedict. A strange name, isn't it? The whole city was covered with a thick layer of snow. This disaster lasted two days. The next morning, it stopped, and thousands of cleaning vehicles began to collect snow and take it out of city. I went to my cottage to see and that's what I saw there. 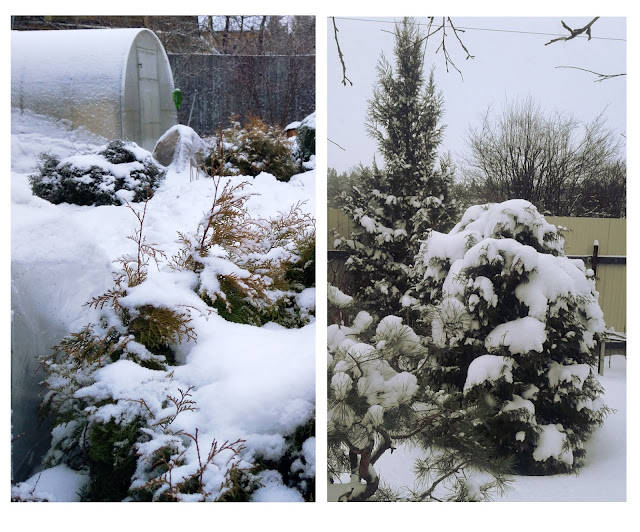 Last week I finally took the time to cover the roses with a special cloth. Now I'm glad they won't freeze. On the left is a floribunda rose under cover and under the snow. Howbeit, plants are better under the snow, because the forecast for the week is -10 C

A greenhouse (left photo) with a polycarbonate coating has proven itself well in past frosty winters. Raindrops are now frozen on its walls. But the inside is a little warmer than the outside. Young seedlings in pots overwinter in the greenhouse. Hopefully they will survive the winter. Some rowan trees still have berries. Birds will be able to replenish their vitamins on these frosty days. Red berries look beautiful on bare rowan branches. 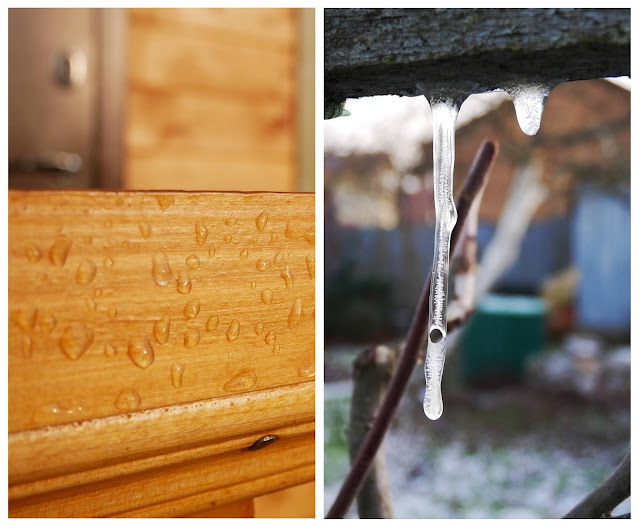 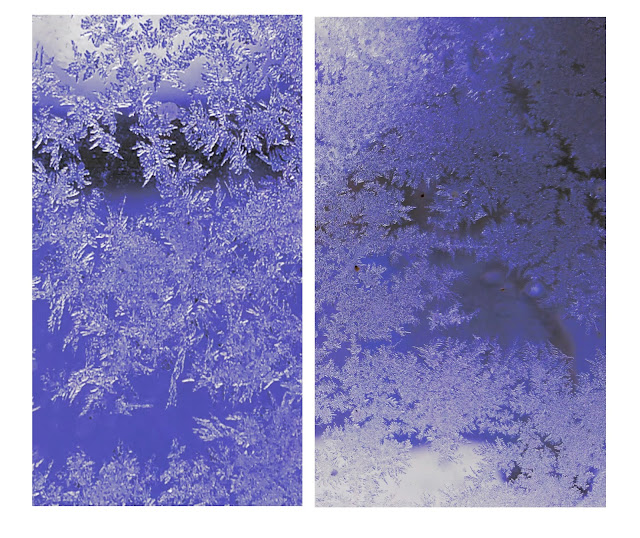 Father Frost did his job: the drops froze on the railing of the terrace and did not fall to the ground. A long icicle has formed next to the apple tree. I liked the shape - with a hole at the end. He also painted beautiful pictures on the barn windows. 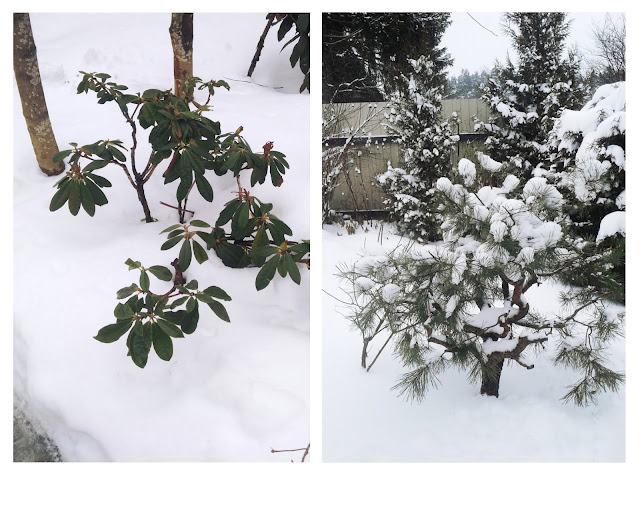 Rhododendrons and  pine- niwaki winter well without any shelter. I had no problem with them last winters. 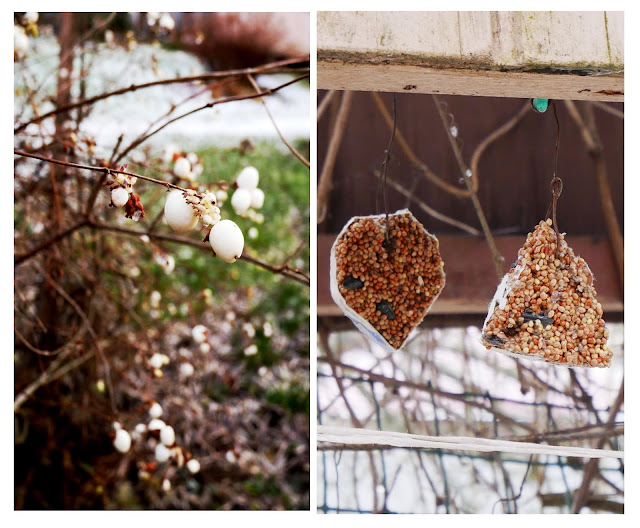 Strange figures of bird feeders are on the right hand, aren't it? In the supermarket where I shop, customers are given a DIY kit for bird feeders. This is a set of seeds and a bag of gelatin. It is necessary to dissolve the gelatin in warm water, add the seeds and put to cool. Such gelatinous figures with seeds come out.
I think these seeds will be a good addition for birds to rowan berries and snowberries.
Happy December to all of you!
Posted by Nadezda at 12/07/2021