First summer days were very hot. The temperature rose up to 28 C, and it was not raining 3 weeks. Water tanks quickly emptied. Everyone was waiting for the rain and finally waited.

Dark blue cloud was fast approaching, the wind increased. Suddenly darkened, and the strong streams of water poured on the lawn, plants, the roof and began to fill water tanks. But the joy quickly melted away, because hail dropped together with the water flows.
At first there were a bit of hail, but soon the large hailstones has fallen and begun to knock in the window glasses, jump on the roof and fill the lawn. 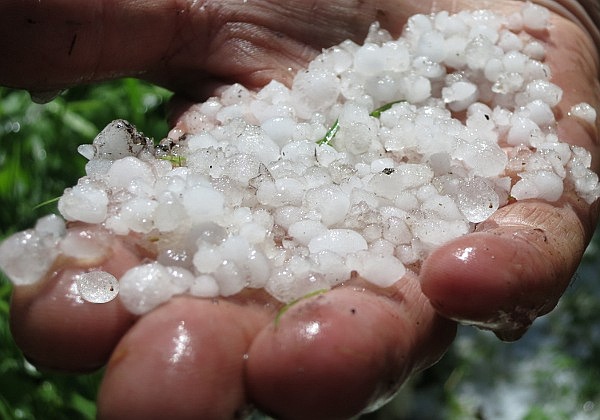 It was strange to see winter coming in midsummer.  Everything was white!
There was a strong wind, the water was coming, white hail carpet was lying on the roof, on verandah steps, under the currant bushes, along the paths, some flowers were drooping their heads and falling in a white hail. 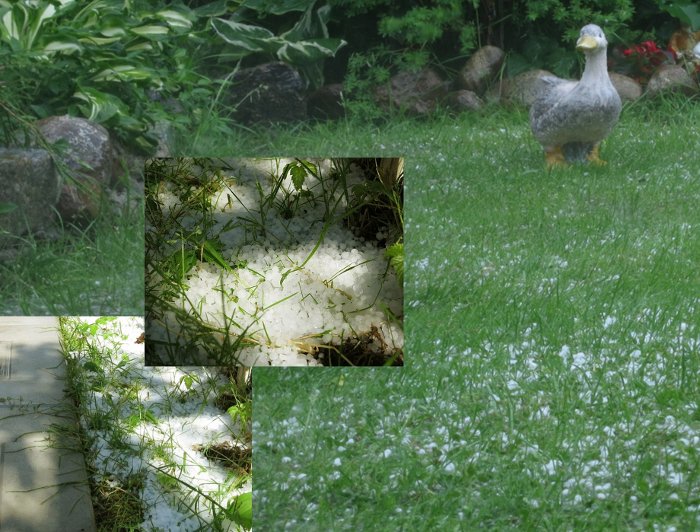 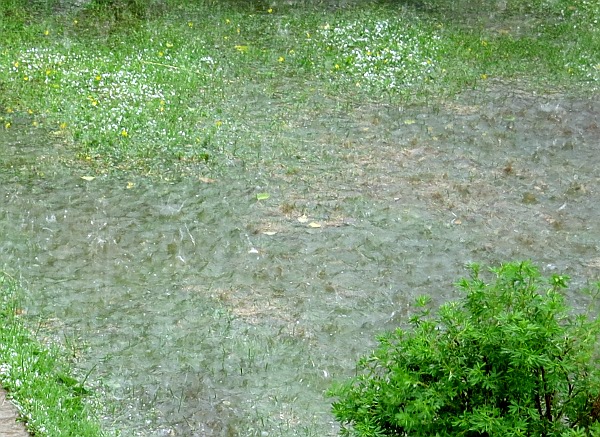 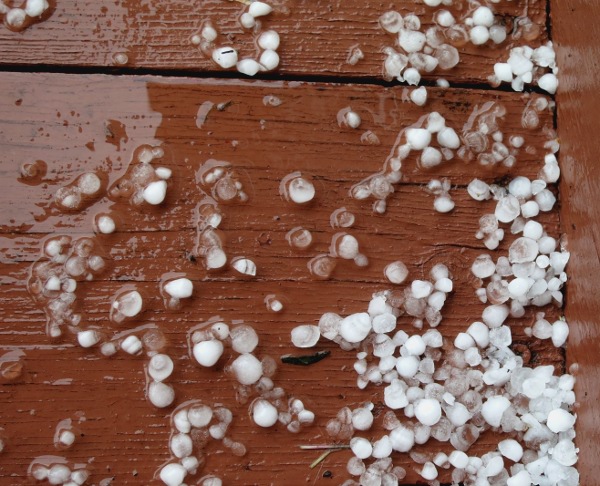 When half an hour later this disaster was over, I went out to see my garden. The sun was shining, it was about 18 C but hail did not melt.
What were the plants most affected by hail? Some plants with large leaves: hosts (my collection!), heuhera, dogwood. The holes of the hail were on begonias, on blackcurrant leaves. 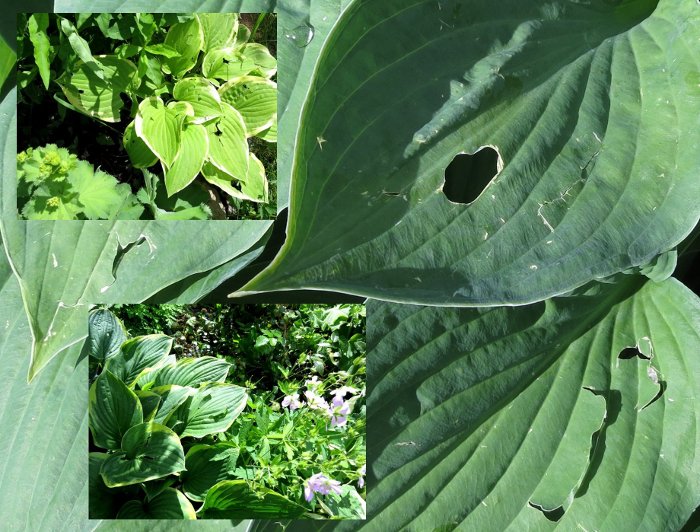 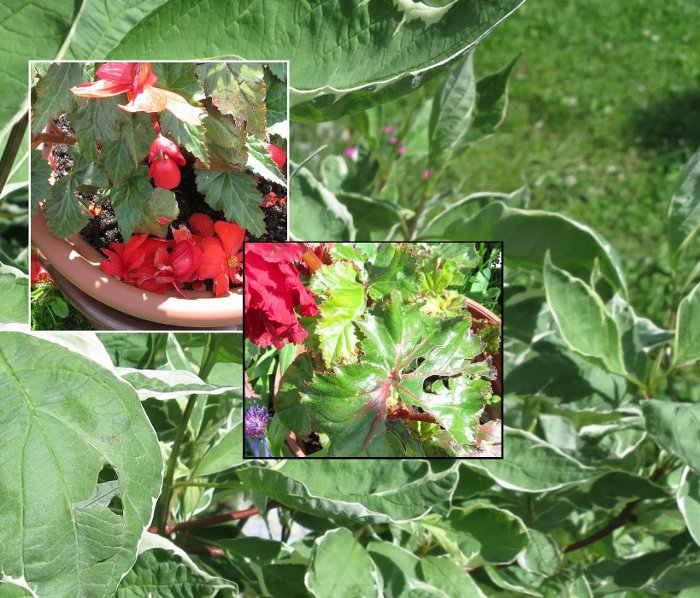 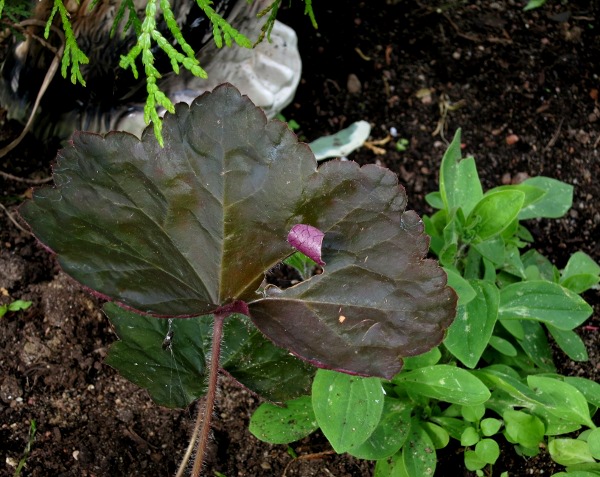 What were plants without damage and have become to bloom, as if nothing had happened? The plants with small leaves and closed buds. Peony did not have time to open its bud and is fine flowering now, the red floribunda rose "Anadia" and Canadian pink rose "Therese" are also still in buds. Petunias in container a bit lied down, but then raised their heads with the rays of the warm sun. They pleased me in GBBD. 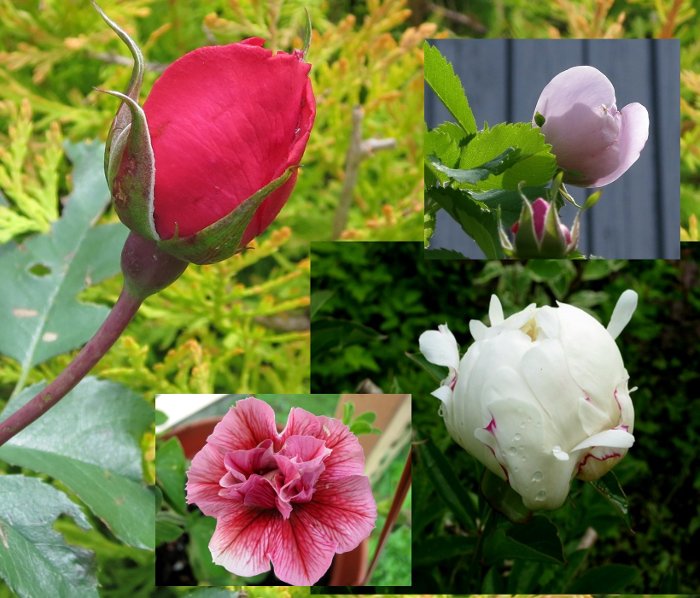 But the camomiles could not get over hail and left lying on the ground. 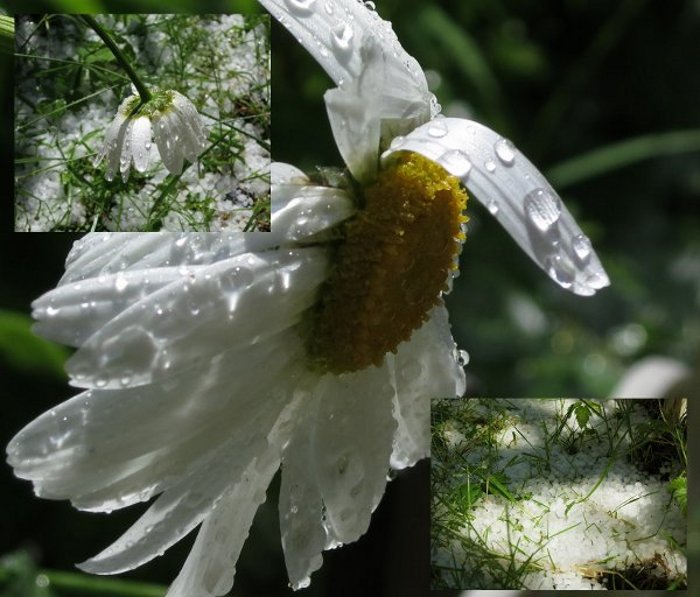