My evergreen rhododendrons have faded and the deciduous are in bloom now.
I have two varieties of deciduous rhododendrons: 'Mandarin Lights' and 'Northern Lights'. Both of these plants I bought at the garden center in St. Petersburg, where plants grown in the Finnish nursery were sold.
Originally the hardiest deciduous rhododendron hybrids were bred in the United States, in the Arboretum of the University of Minnesota. Since the 1970s, the rhododendron breeding program was developed there. 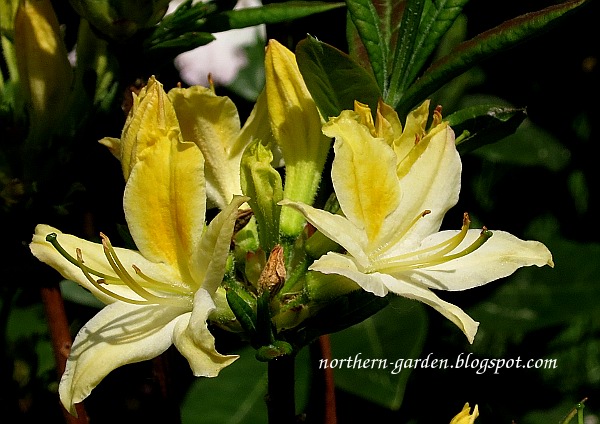 The first series of hybrids have been named 'Northern Lights'. The scientists used the rhododendrons 'Atlantic' and 'Ghent azaleas' for hybrid breeding. Thus the hardy deciduous rhododendron (azalea) hybrids 'Mandarin Lights' and' Northern Lights' appeared. They both steadily tolerate frosts up to -34C. 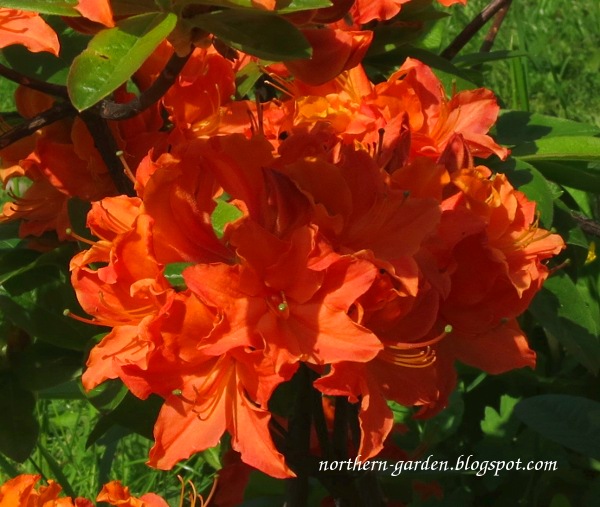 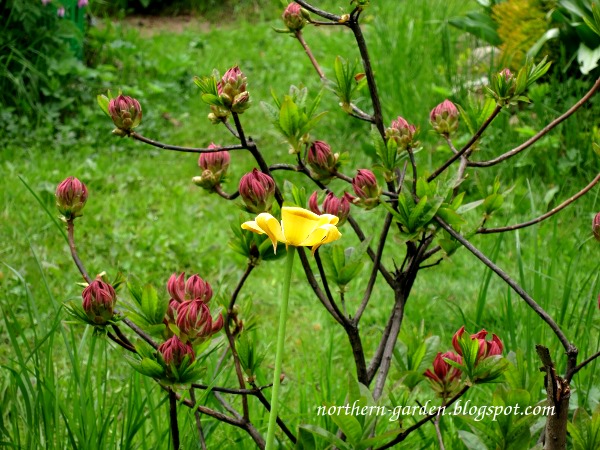 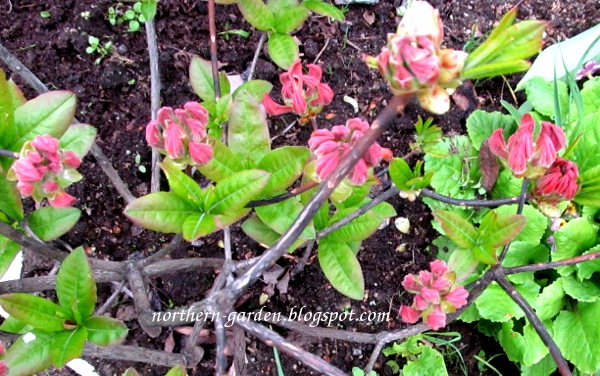 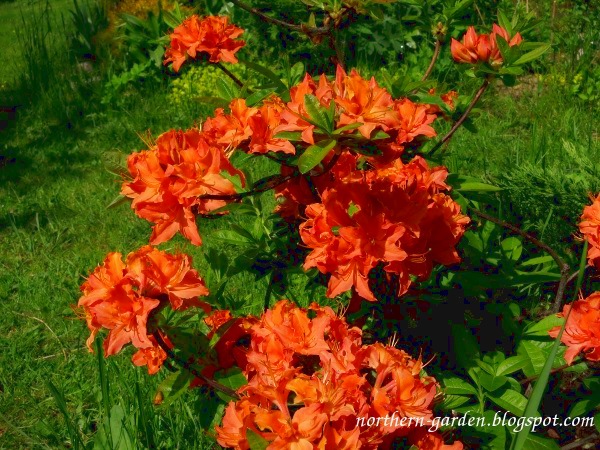 The variety "Northern Lights" has an amazing color of its flowers: they are two-colored, the upper petal is yellow, the other petals are pale lemon. The flowers have pleasant scent! 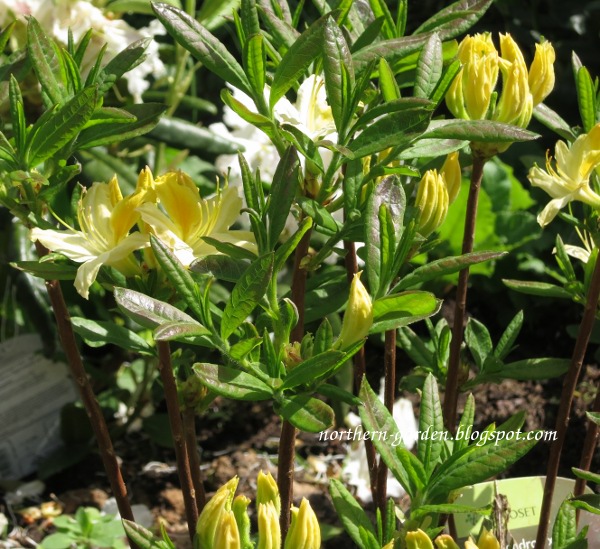 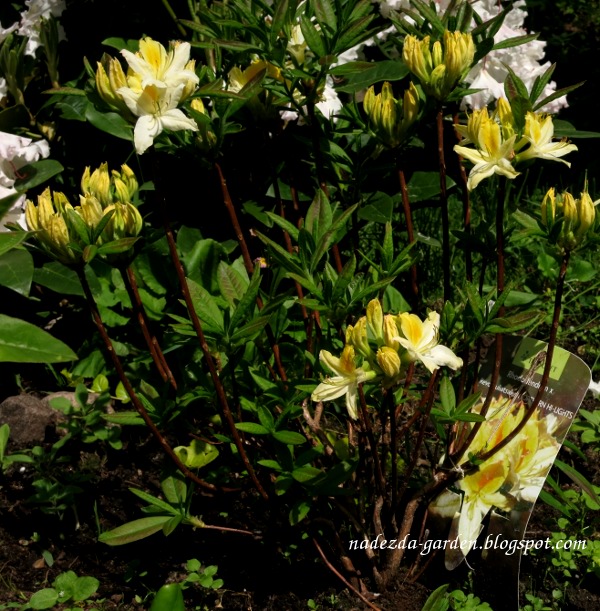 I prune deciduous rhododendrons, sometimes their branches intersect, tinder, or break after the winter. But I'm not doing this with evergreen. My bushes quickly grow back after flowering, growth bud yield 5..8 increments.
Deciduous rhododendrons do not require special feeding, I try the soil would be moist, and sprinkle against the chewing insects. 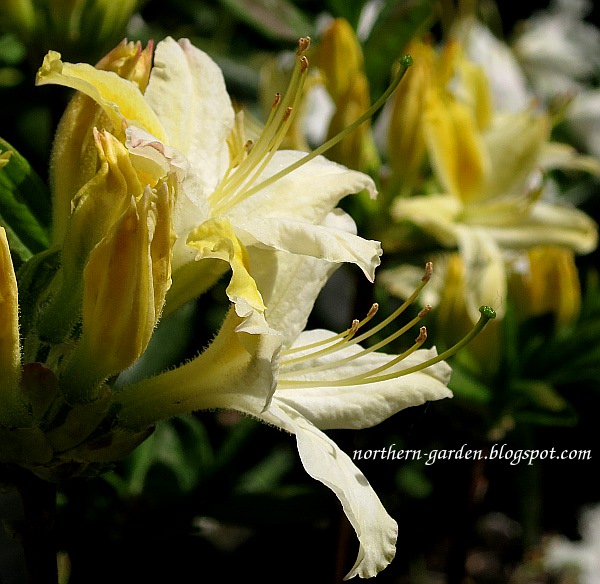 I know that the natural deciduous rhododendrons widely grow in many parts of the world, have you seen them near your place or in the woods there?
Thank you!