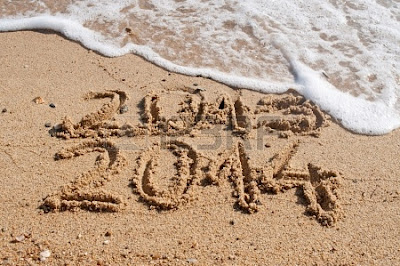 The start of a New year has a special significance to people all around the world. It is a time rich with history and traditions. Interestingly, the month of January is named for the Roman god Janus,who had two faces, which can represent looking back at the old year and one looking forward to the new one. Noise-making and fireworks on New Year's eve is believed to have originated in ancient times, when noise and fire were thought to dispel evil spirits and bring good luck. 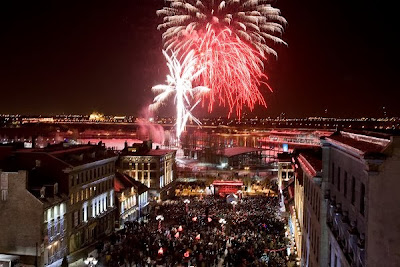 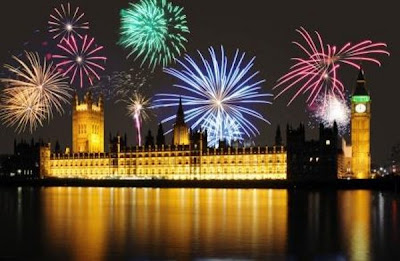 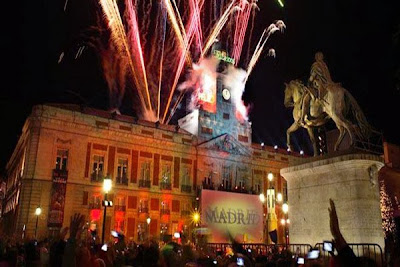 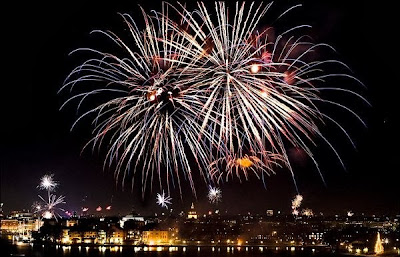 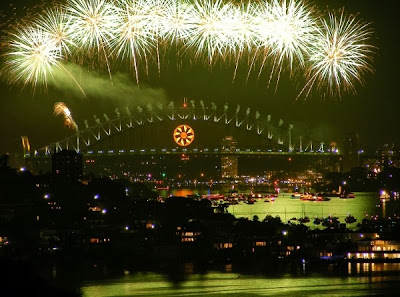 I've found out about old and new traditions in different countries in Internet. The Spanish ritual on New Year's eve is to eat twelve grapes at midnight. The tradition is meant to secure twelve happy months in the coming year.
The Dutch burn bonfires of Christmas trees on the street and launch fireworks. The fires are meant to purge the old and welcome the new. 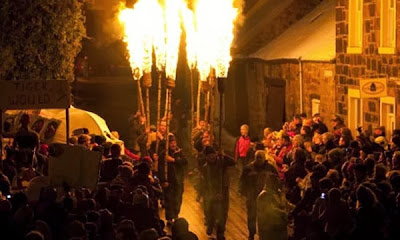 In Finland the New Year's Eve is usually celebrated with family or friends. Late supper is served, often featuring wieners, Janssonin kiusaus and potato salad. A Finnish tradition is to tell the fortunes of the New Year by melting "tin" (actually lead) in a tiny pan on the stove and throwing it quickly in a bucket of cold water. 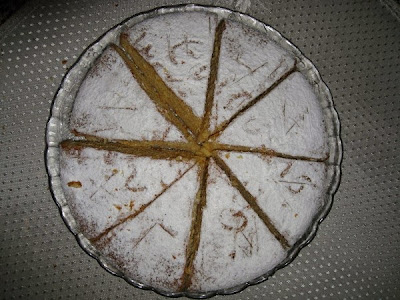 In Greece, New Year's day is also the Festival of St. Basil. One of the traditional foods served is Vassilopitta, or St Basil's cake. A silver or gold coin is baked inside the cake. Whoever finds the coin in their piece of cake will be especially lucky during the coming year. 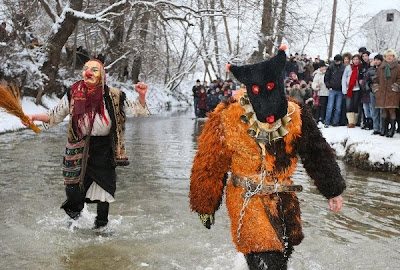 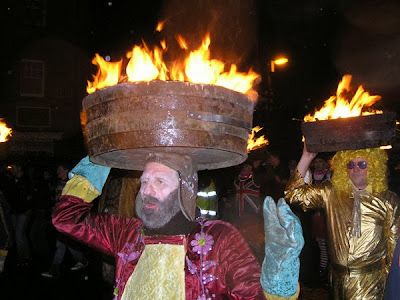 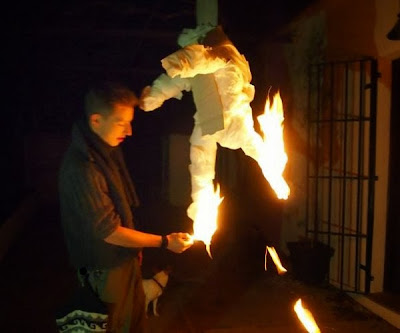 The Anglo-Saxons, who settled what is England, had a festival called Yule, which celebrated a fertile and peaceful season.
In Germany old tradition is to predict the future by small pieces of lead melted in a spoon over a lit candle. The melted lead is dropped into cold water. It hardens into shapes, which predict the future.

In Japan before the holiday, houses must be cleaned, inside and out. At midnight on New Year's Eve, a monk at a local shrine strikes a gong to signify the forgiving of the past year's mistakes.
In Scotland first footing-people visit neighbors just after midnight to wish them well for the New year. 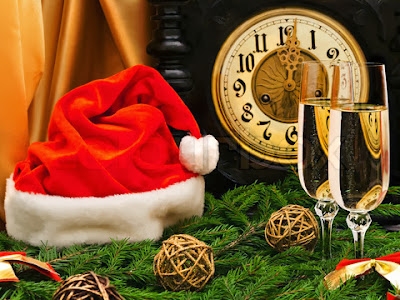 The most extensive New Year celebrations in Russia occur on December 31st/January 14th. Fireworks and concerts mark this holiday. In this day the Russian Santa, or Grandpa Frost and his granddaughter Snow-girl visit children to pass them gifts. 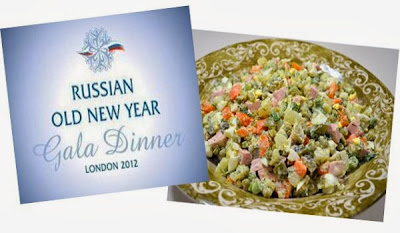 Russians have a second opportunity to celebrate the New Year, which falls on January 14th according to the old Julian calendar. This “Old New Year” is spent with family and is generally quieter than the New Year celebrated on January 1st. True Russians would never miss an opportunity for yet another get-together, and so the tradition of celebrating the coming of the New Year twice is widely enjoyed eating Olivie salad (recipe).

I wish my friends bloggers
a Happy and Prosperous New Year!

What are favorite New Year's traditions in your family?
Do you know some old traditions?