When I had seen the painting “Winter Landscape” by Russian artist Nikifor Krylov I realized his name has not been familiar to me at all, although I know some Russian artists. 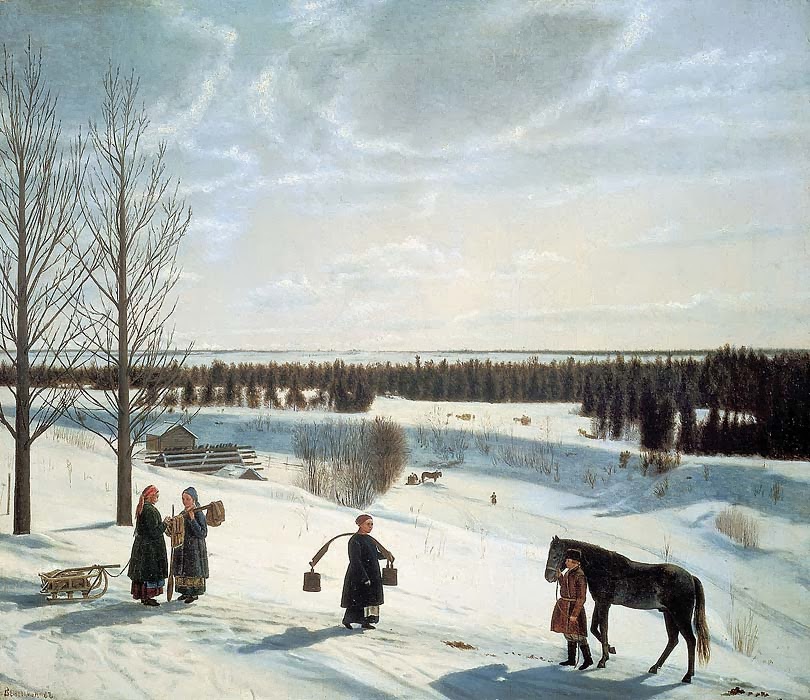 I think the Russian poet Alexander Pushkin's poem goes well to Krylov's painting:
The snow below the azure skies,
As though a magic carpet lies,
And in the light of day it shimmers.
The woods are dusky. Through the frost
The light-green fir-trees are exposed;
And under ice, a river glitters.


Krylov painted a winter landscape from a high bank of Tosno river near Saint Petersburg and presented a wide panorama of the countryside. The road comes down from hillside to the river, its banks covered with shrubs are visible and the strip of dense conifer forest darkens far away.
Nikifor Krylov finely felt the nature in a winter day. Bluish shadows lie on the snow, the sky is covered with clouds, objects are clearly silhouetted against the snow. Human figures enliven landscape, people are busy daily chores: two women met on the way to the ice-hole where they rinsed their linen, a high stately peasant woman carries water in wooden buckets on a yoke, a young farmer leads a horse by the bridle. 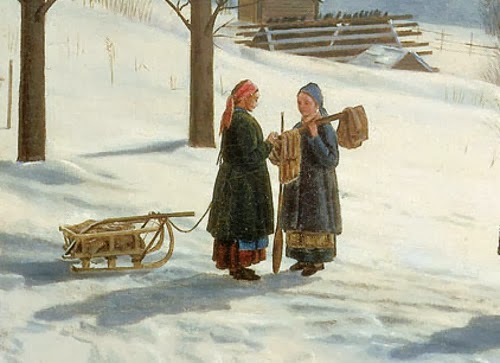 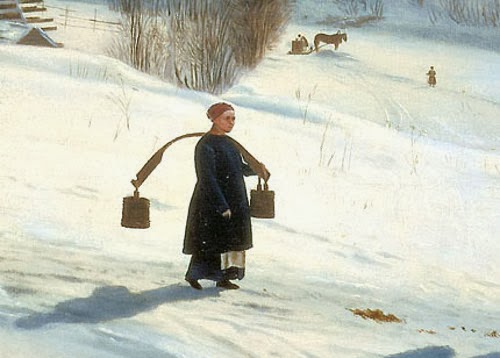 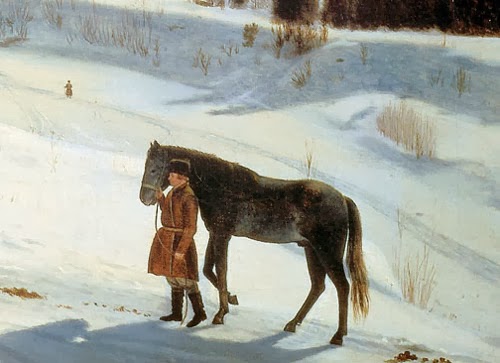 About the Nikifor Krylov's life is known that in his youth he painted the iconostasis in the Tver province monastery. Also in the monastery Krylov began to draw from nature and to paint portraits. In 1825 he arrived in St. Petersburg starting the drawing classes at the Academy of Fine Arts.
Nikifor Krylov's paintings are too little known. His work “Winter Landscape” (or “Russian Winter”) appeared on the Academy of Fine Arts exhibition in 1827 and made a strong impression on the audience.
There is evidence about this landscape history in the documents of the Company to promote artists. Patrons of art were found when young Krylov intented to fulfill the winter view from nature. He chose a place near the village of Tosno close to Saint Petersburg. There the patrons built a studio for him, the artist were given a cash benefit on all the time of his work.
Working on the landscape, Nikifor Krylov remained faithful to principles derived by the Academy of Fine Arts professors: "nothing else than to depict nature and obey it." 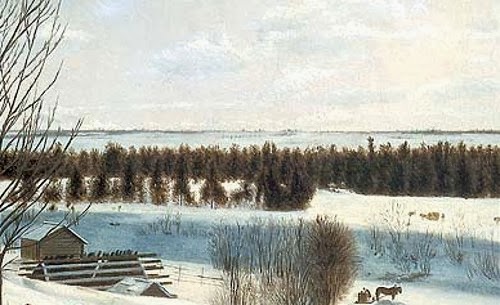 Today the landscape has changed. Near the river a speed railway runs.  Several times a day express trains from St. Petersburg to Moscow and back break the silence of the woods. Now standing on the high bank of the river Tosno you can see and hear the rushing express train.


Do you love winter landscapes or you think they are boring? Thank you!