Shrovetide and its traditions. Due the Christian tradition people ate pancakes (and a holiday was also called a 'Pancake day') or special rich foods, salted meat and peas, or green pea soup and pastry. It was 'fatty' day before the fasting season of Lent. Some days one could see street processions, famous pancake race and fancy dresses. This year the Shrove Tuesday is on March 4th.
I've read the Marian's post 'Peter Bruegel' and I've found his painting 'The Fight between Carnival and Lent', 1559. I think it's interesting to examine people, every details, food, drinks, clothes, etc and to learn more about Shrove Tuesday traditions in 16th century. 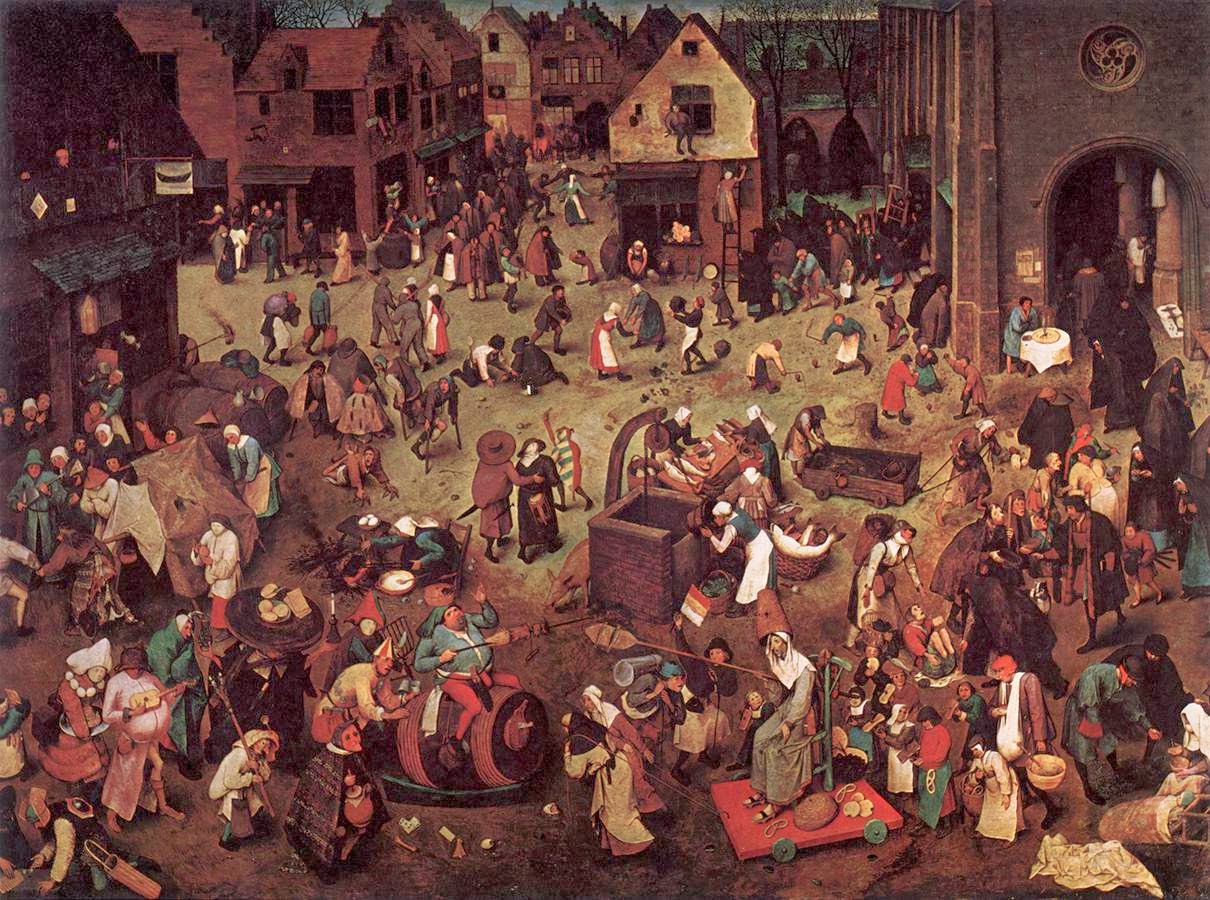 Orthodox Shrovetide is on Sunday March 2d this year. In Russia people often cooked pancakes during a week before Lent. The famous samovar was used for making tea. Mostly families have electric samovar now and they boil water for tea in samovar in Shrovetide week. If you wanted to boil water in any old samovar you would need burning coals to put in its center pipe.
Another old Russian traditions were a scarecrow burning, tobogganing and tug of war. Years ago it symbolized the end of winter, cold season and the start of spring, sunny and warm days.
I'd like to show you the painting 'Shrovetide time' by Leonid Solomatkin, 1867. 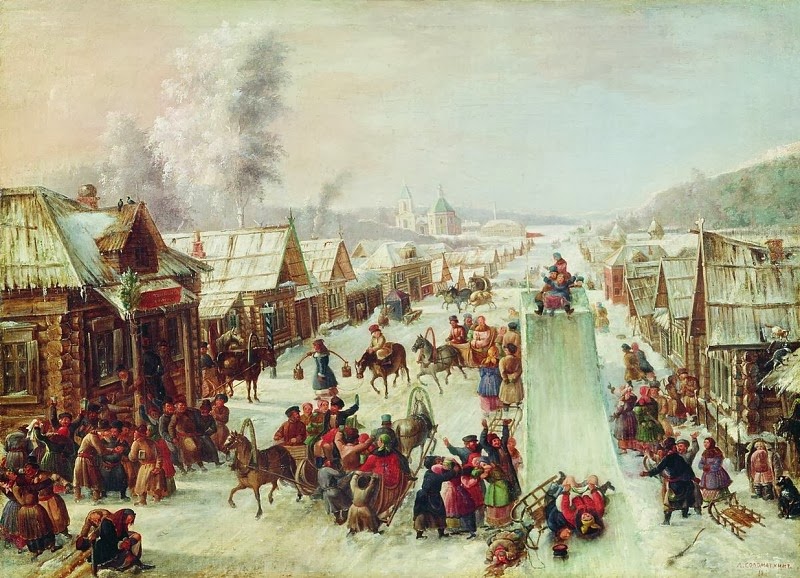 I believe that the irony which both artists Bruegel and Solomatkin have depicted people celebrating Shrovetide brings these two paintings. How I did my scarecrow burning last year I wrote here

What do you think about these old traditions? Do you cook special food in Shrovetide?