Strolling In the Nymphenburg Park

When I see landscape photos in your blogs or in magazines I always pay attention to the layout and shapes of the elements there. Although my garden is small, for me the shape of the lawn, flower beds or pond is important. I always try to take pictures when I visit any parks as well as many of my friends bloggers do to learn interesting ideas. In this post I want to tell about the unusual landscape park in Munich.

It was a rainy but warm day when I visited the Nymphenburg park in Munich last fall. Of course, the weather was not good for walks and even more so for taking pictures. Meanwhile the rain ended, and the sky a bit cleared.
I walked down the alley that connects the Botanical Garden and Nymphenburg park bypassing the main entrance at the Nymphenburg Palace. 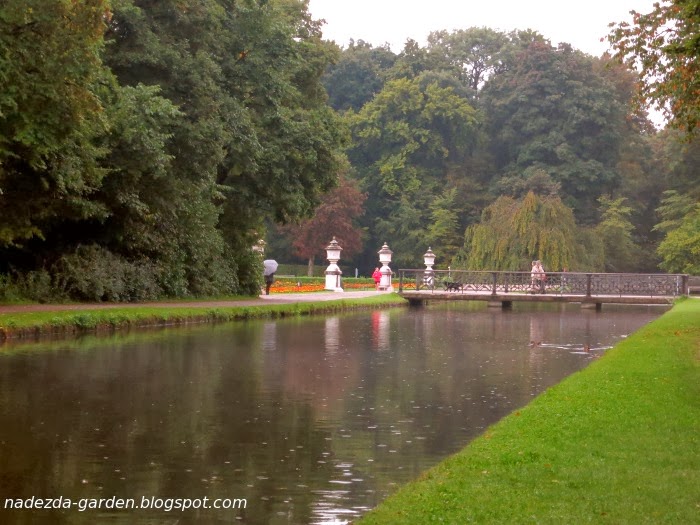 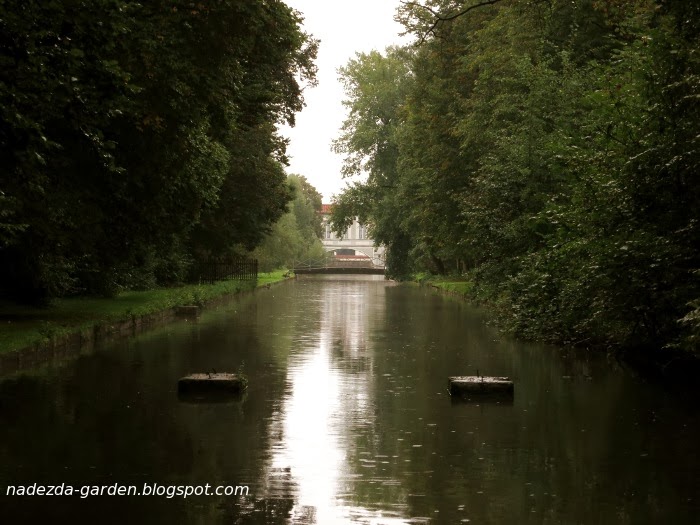 Along the canal alley, I went to a man-made square island. Must say that this square island was specifically created with the construction of the Nymphenburg Palace in the late 17th century. That time park had symmetrical garden sections, carefully designed parterre on the square island which was limited to channels from all four sides. Pavilions, castles, cottages were built, they were designed to entertain the court of Munich. A central axial channel had been traced to extensive forest near the park. 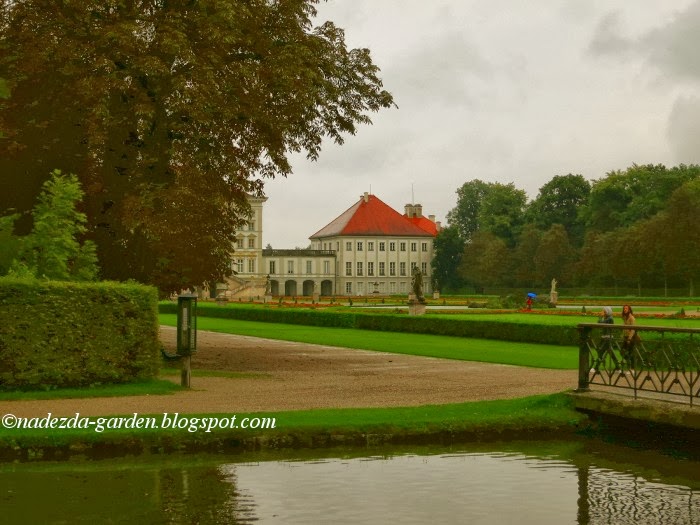 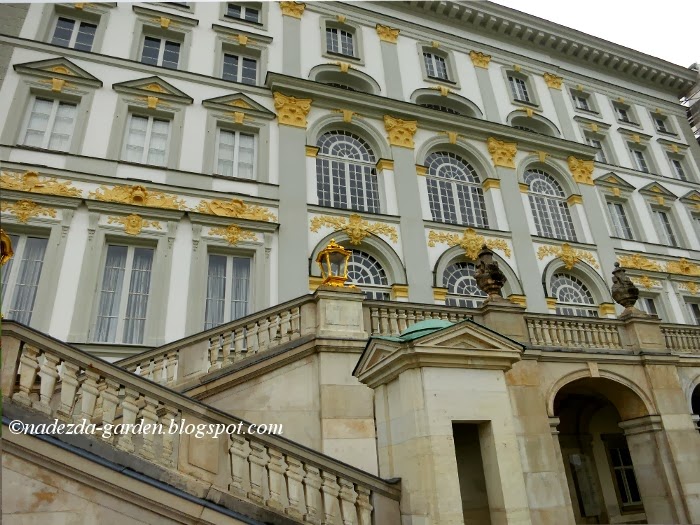 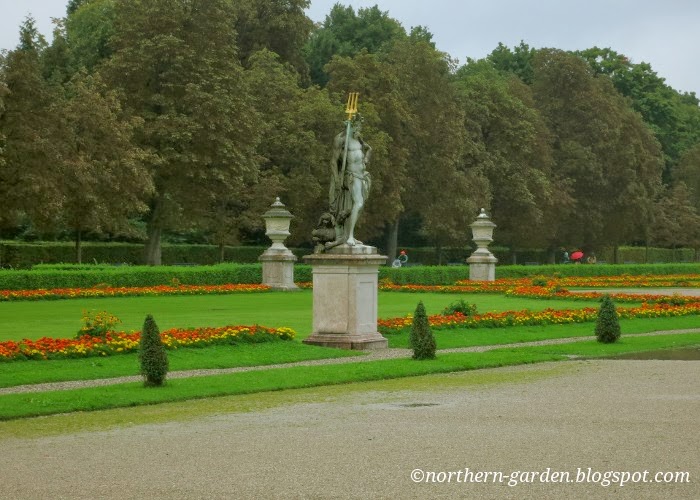 In 1800 the landscape of the Nymphenburg park was redesigned. Parterre was diminished, one more channel with paths on both sides, trimmed shrubs and trees, a fountain, a cascade appeared.
I climbed on the balcony of the Nymphenburg Palace to photograph the fountain and a beautiful view of the parterre and the main axial channel was opened. 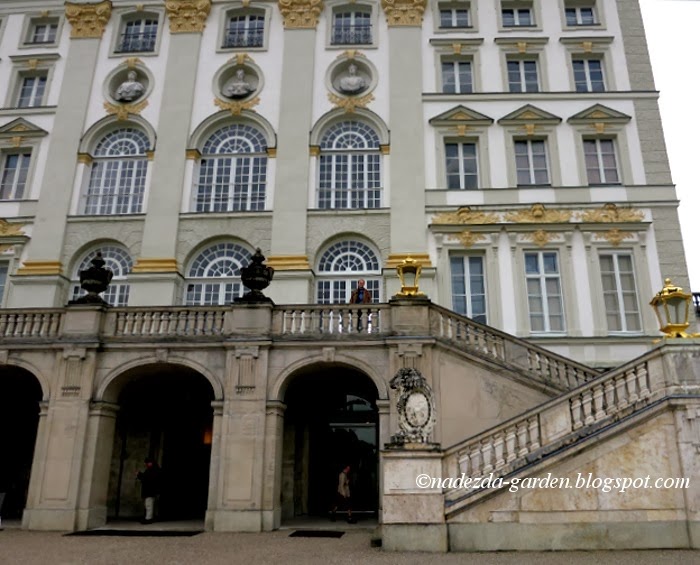 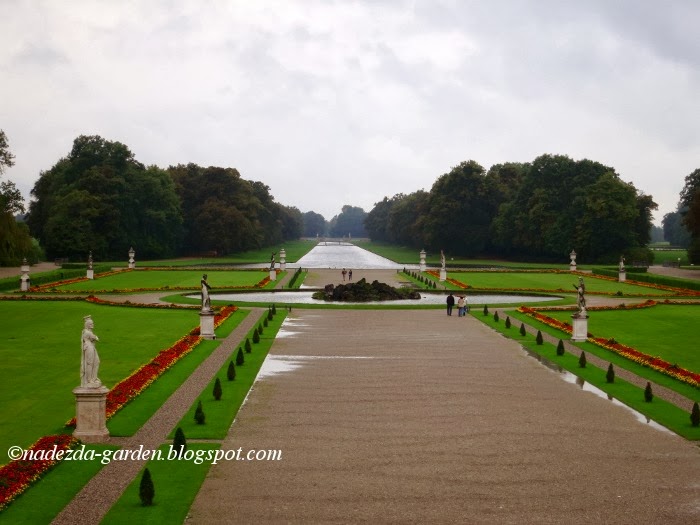 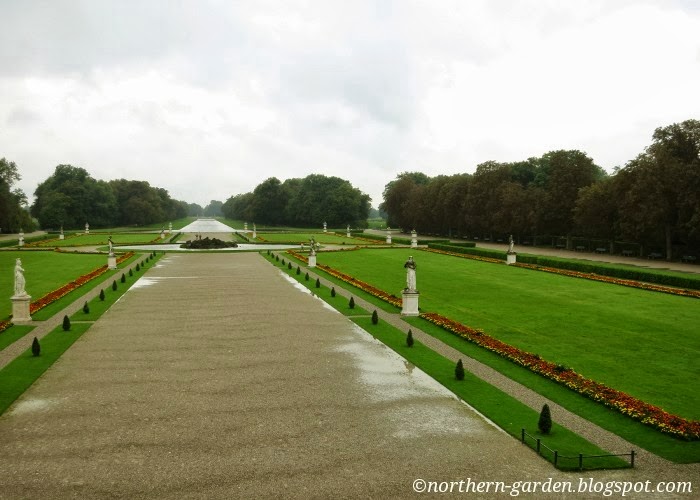 Later it was decided to make an English style park, and elements like natural-looking hills, lakes, meadows, forests, streams, islands and elegant winding paths were added. When I came there I saw a large forest with glades and paths
extended up to the park fence.
An interesting contrast between two park parts: in the woods, luxury Nymphenburg baroque style park gives way to the seeming simplicity of the English style landscape. 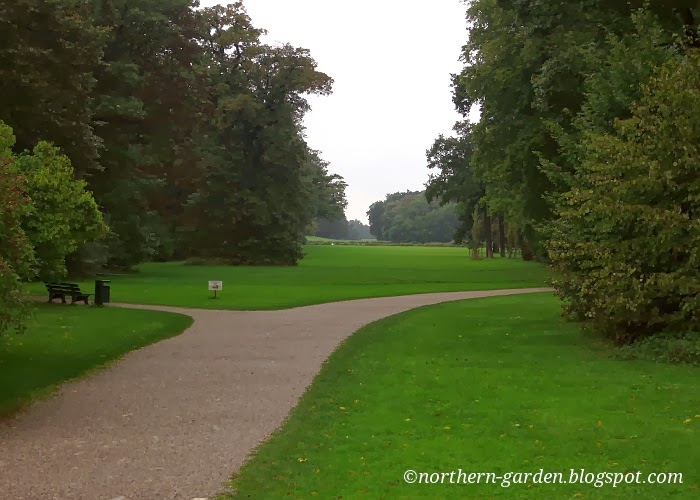 The weather continued to be rainy and I went back to the Palace, passed through its foyer, came out and saw a large lake with flower beds in front of the Palace. 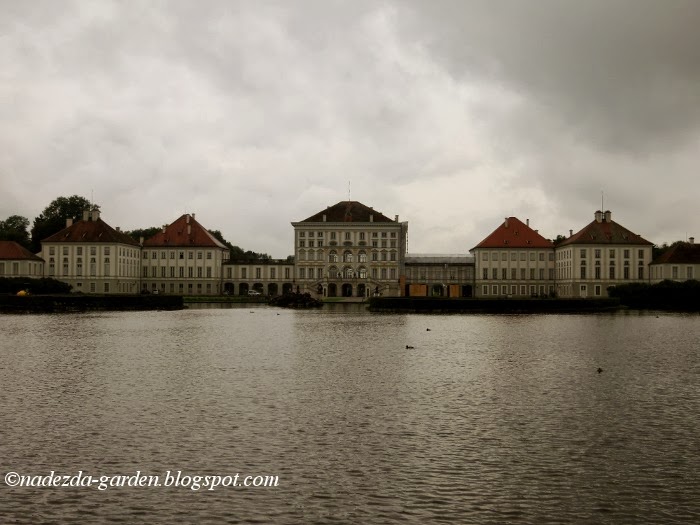 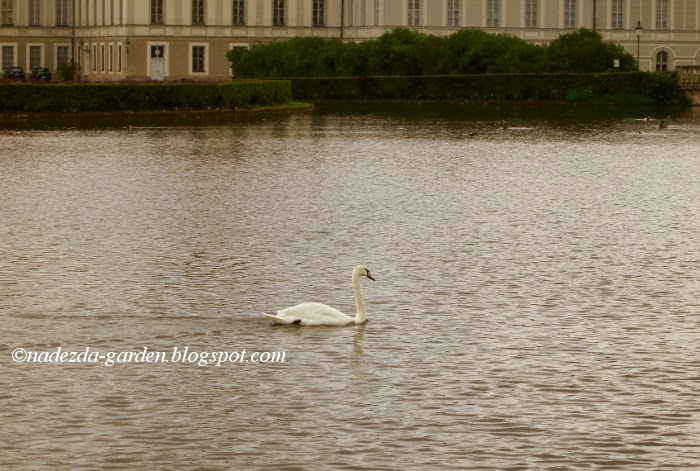 Among the flowers a large flock of geese, ducks and swans rested before flying south. They feel at ease, tasting all growing flowers and were not afraid of visitors. 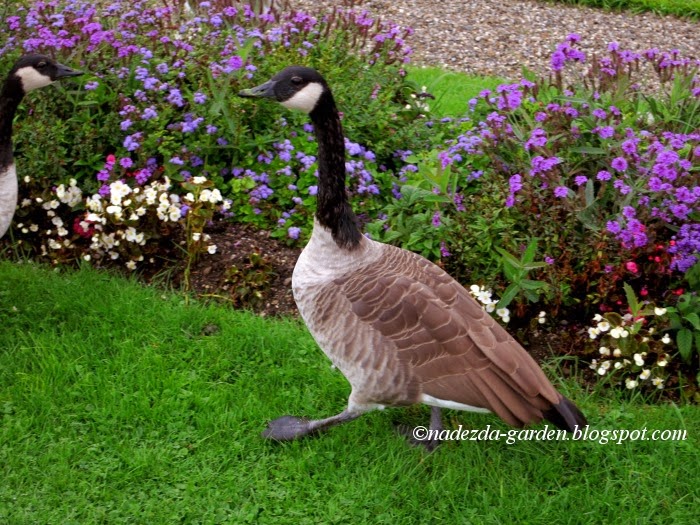 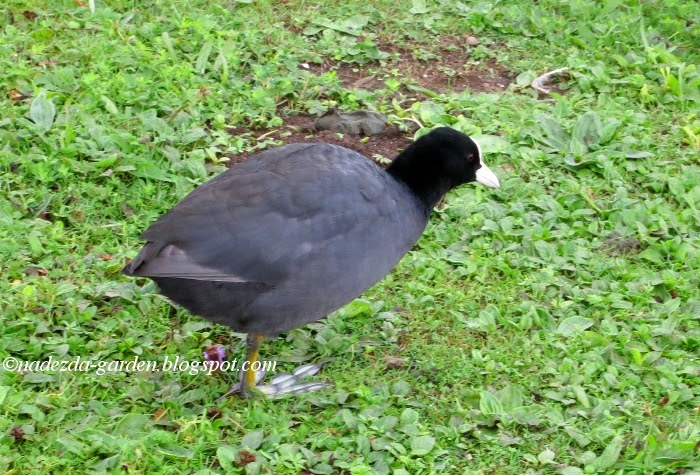 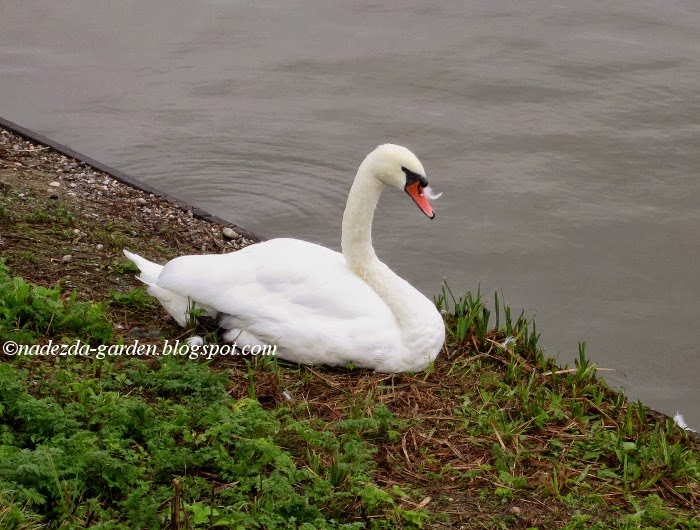 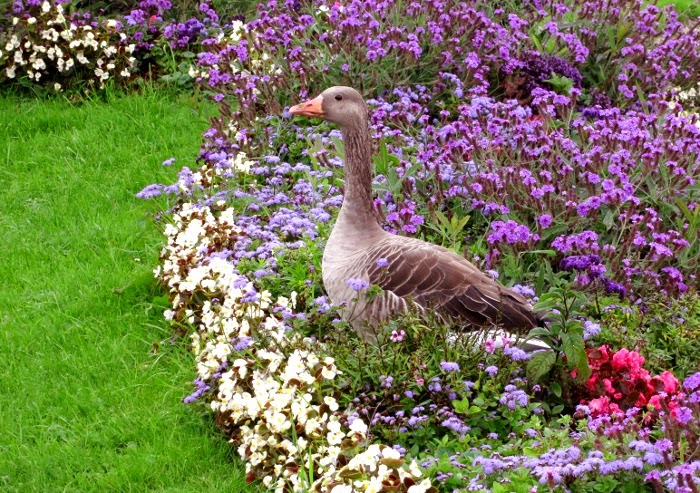 I'm glad that this fun walk in the Nymphenburg park took place despite the autumn weather.