Summer is in full swing and the result of labor in the spring garden (seedlings, seeds, watering, shelter from frost, feeding)  has already seen. 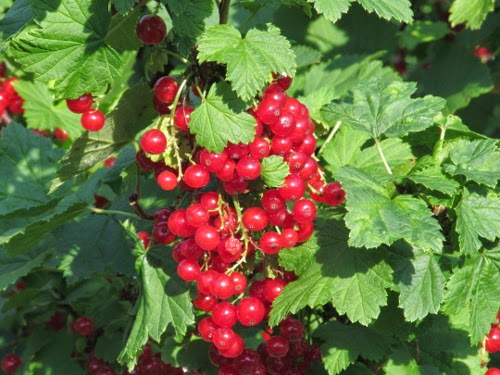 Currant bushes delight me with abundance of berries, although they were attacked by pests in spring . I had to spray two times until the leaves have been cleared. But now you can pick up the full palm of juicy berries, wash them and eat! Or eat berries right from the bush! 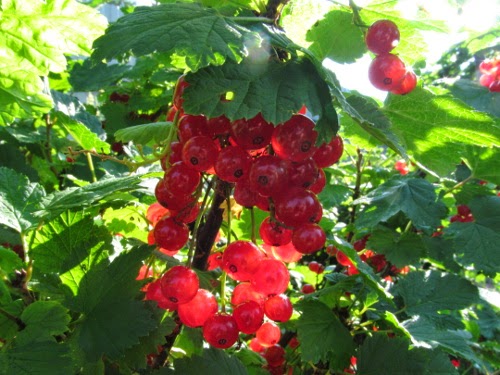 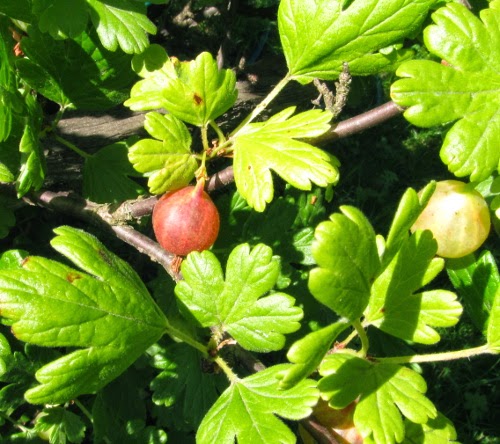 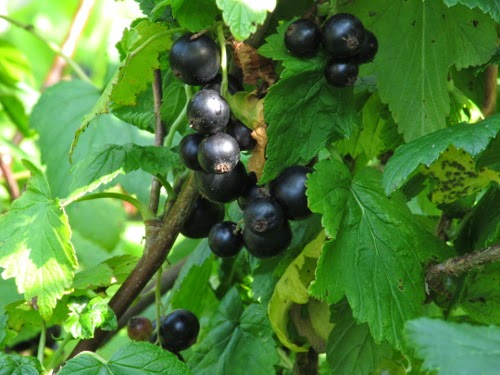 Outdoors tomatoes survived all cold weeks in May and June, and now fruit grow and redden.  It is early to eat them, but it's a pleasure to look at. 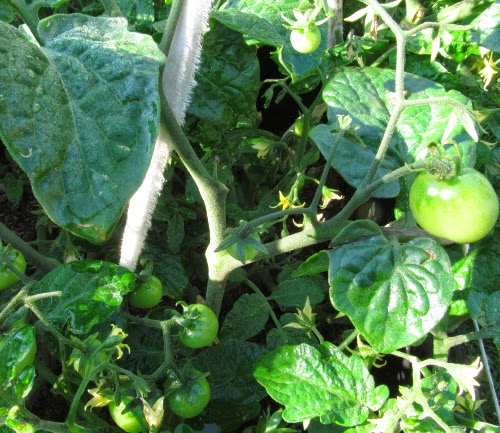 I can already eat cucumbers, put in a salad with juicy lettuce, parsley and green onions. Cucumbers grow in the open soil and in the greenhouse, it is difficult to say where they are better and bigger. I bought hybrid seeds without pollination for the greenhouse. But it turned out "as always": seeds of different varieties were in packets. Outdoors cucumbers are cold-resistant, and they have stood the test of low temperature. 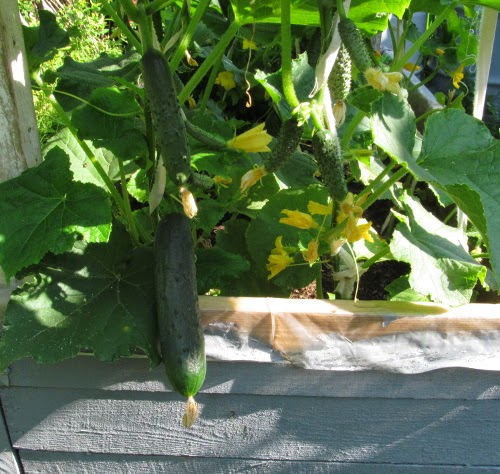 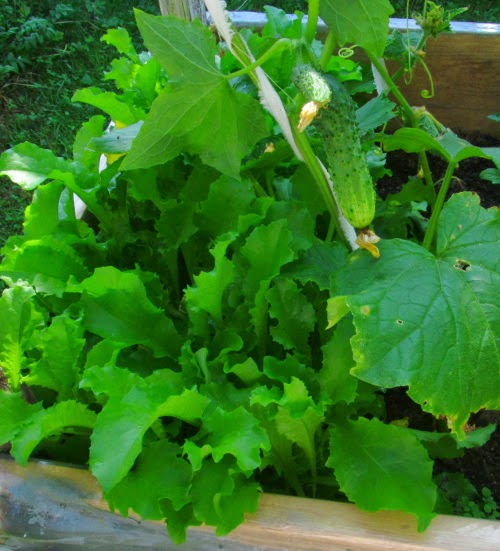 
I've planted dill, onion for green leaves in my new raised bed. Now they are as a forest! Parsley pleases this year, sprouted and grew well. But I had to cover it in June cold weeks. 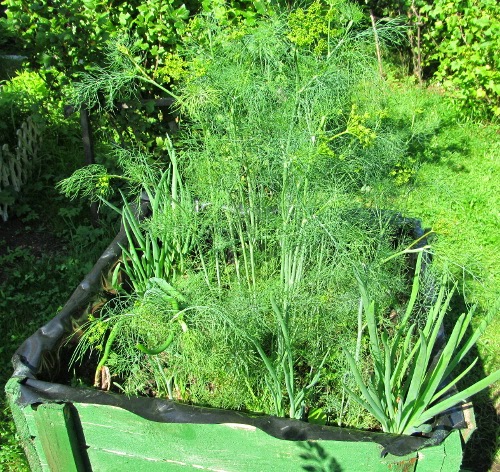 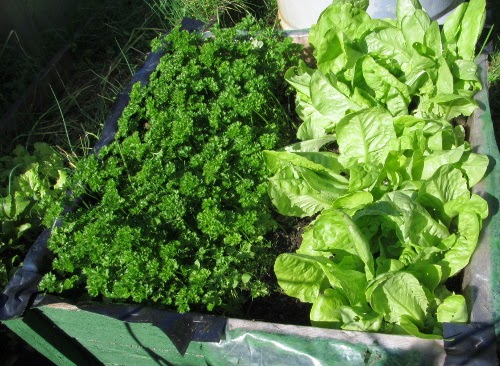 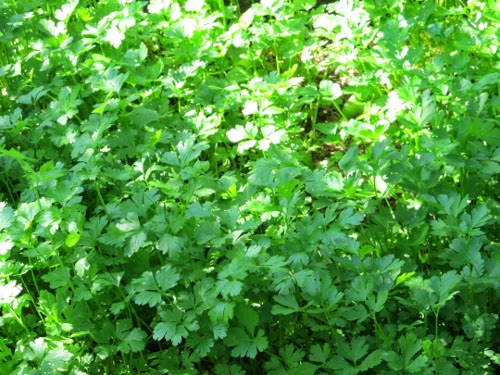 Apple trees  can not withstand great harvest this year, I had to put supports under their branches. Although apples ripening is delayed due to the cold early summer, they redden little by little. 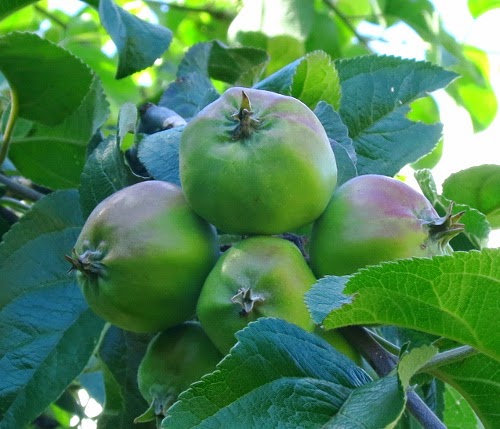 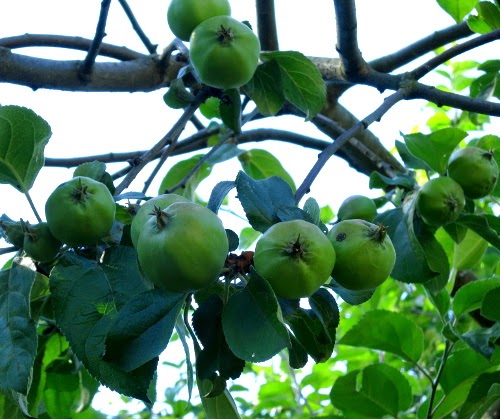 Zucchini grow as well, blossom, young zucchini ripen, some of them are already eaten. I planted them a bit densely, I thought that someone would not survive and die because of cold. But all plants are alive and well and give the dark green and yellow zucchini. 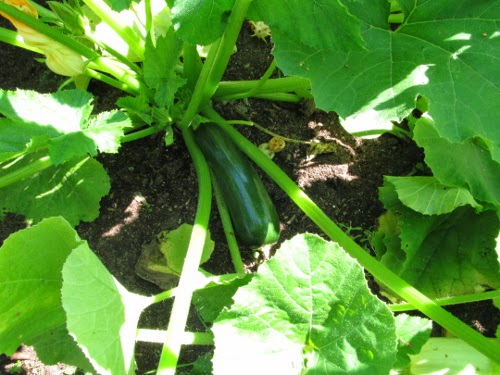 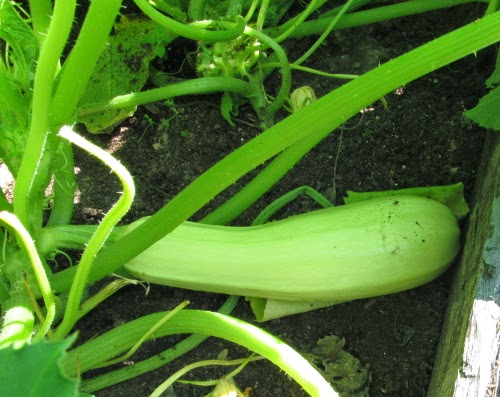 That's the entire harvest for now. Broad beans, peas, haricot beans, beets, carrots on the way and will be collected later.

Do you grow veggies and herbs in your garden? What have you harvested for now?  Thank you!