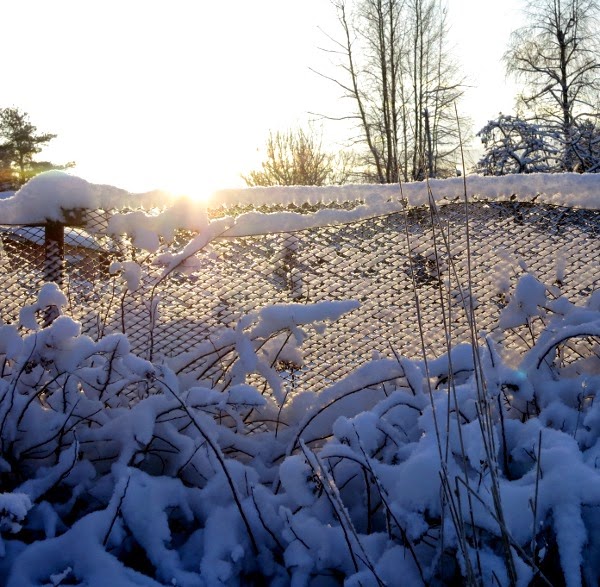 Orthodox Christmas is on January, 7th. After breakfast I've driven to my garden. It's my tradition to go there on Christmas eve furthermore I wanted to look at the plants covered with snow and at woods in January, as it has been the first time in this year.

The sun was low, the forest was quiet, snow covered all roads and paths. The garden trellis were bared, transparent and snowbound. My small pines-niwaki behind the trellis and chokeberry bushes were covered with snow too, tits' twitter was only heard. 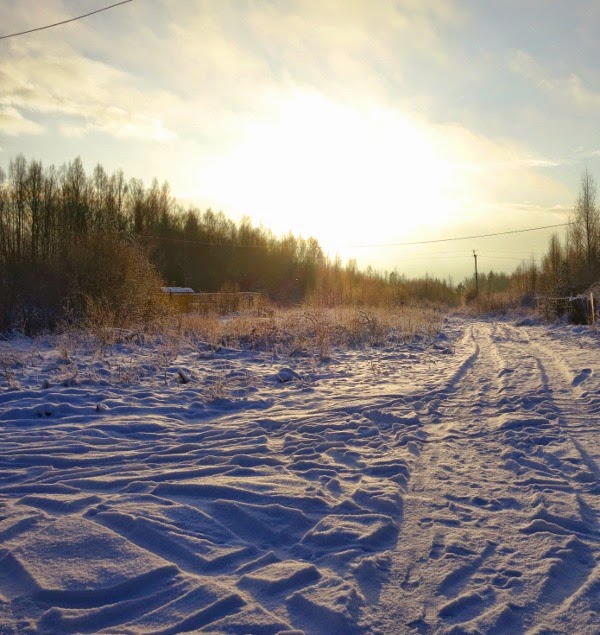 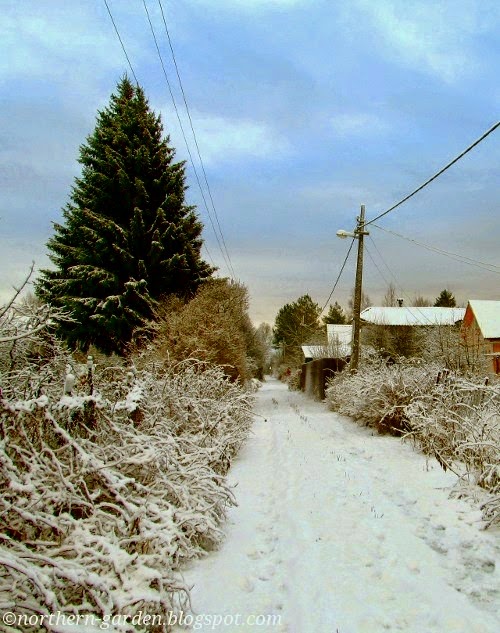 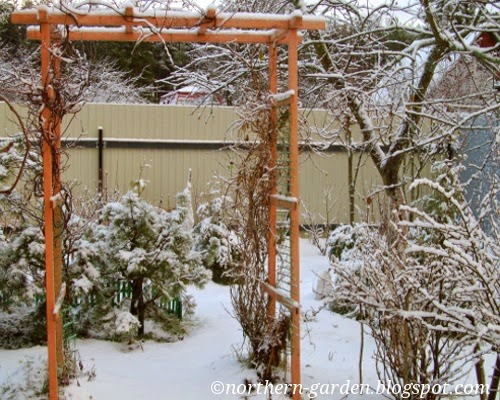 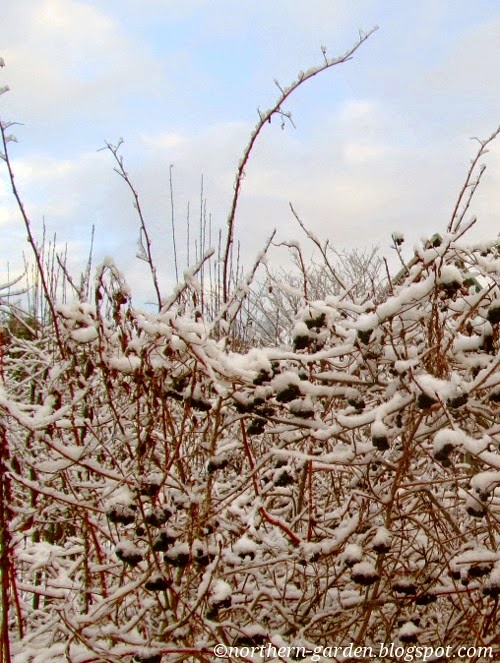 I shoveled the patio and the path to the gazebo and put sunflower seed in my new bird feeder made of a plastic bottle and hung at the gazebo. Tits immediately noticed that the feeder was filled and quickly began to fly and grab the seeds. It was frosty enough inside the cottage because nobody lives there now in winter. Look how nice the Santa's drawing on the window glass is! 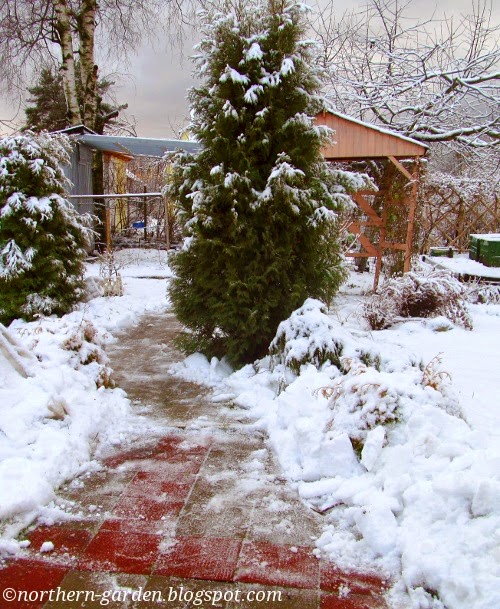 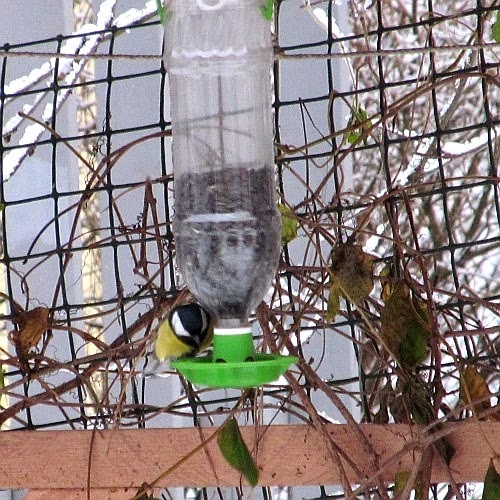 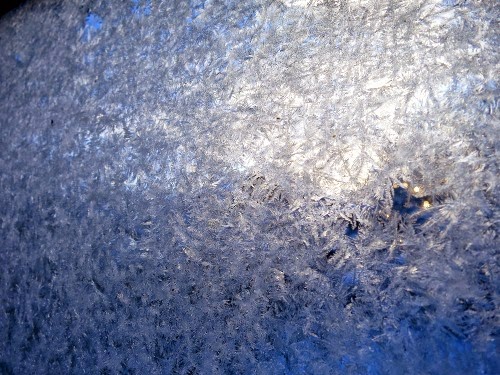 I've soon realized that It was already 3pm and was getting dark. Although the sky was still blue but sunset has begun and I've needed to get back to the city. 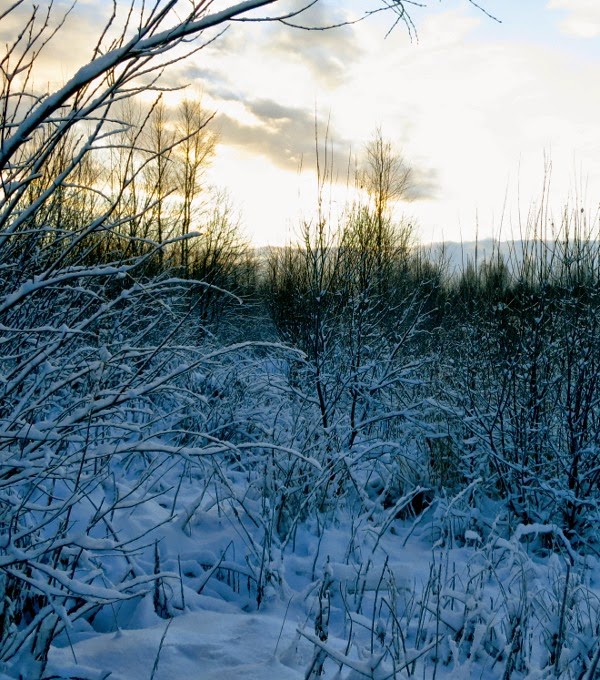 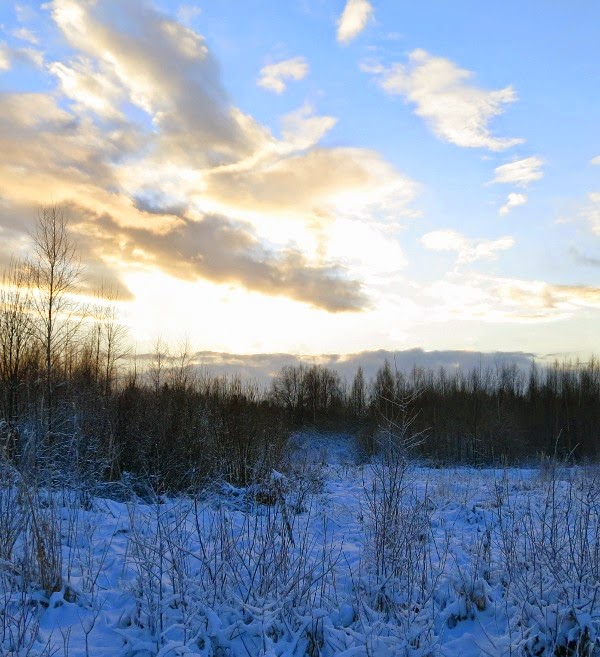 Coming home I've immediately laid the table: meat, veggies, salad and the cake with whipped cream, redcurrant jelly and kiwi; yesterday I also made cookies with nuts. Sitting in the dining room my family, friends and I celebrated Christmas enjoying a glass of good old red wine. 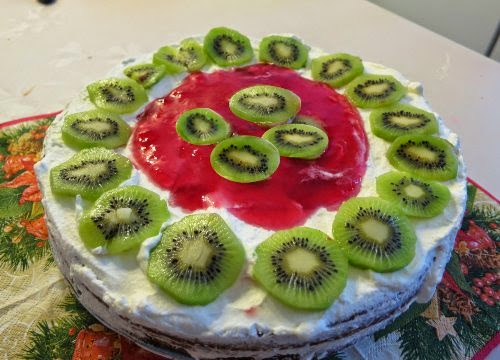 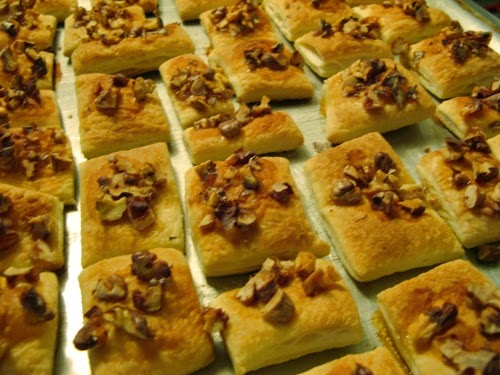 
After a week we have Old New year. What this strange holiday is I'll write in my next post, bye for now!