During my last visit in UK I've seen Hampstead Pergola that is essentially a raised walkway, overgrown with vines and exotic flowers. It's a wonderful example of one of London’s hidden treasures. 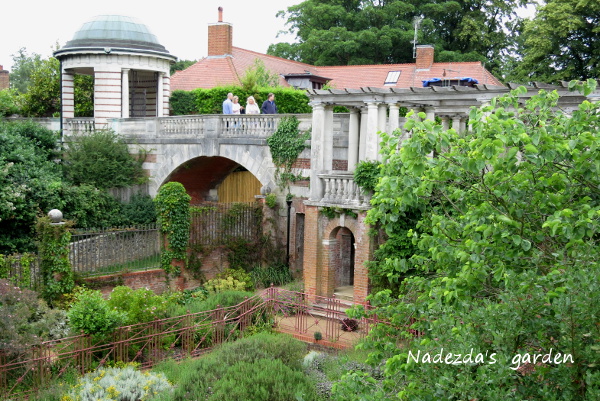 Hampstead Pergola is situated near Kenwood house and park, in Northern area of Great London. 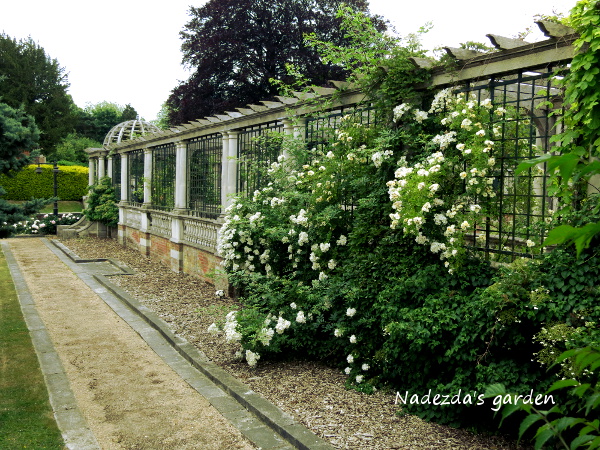 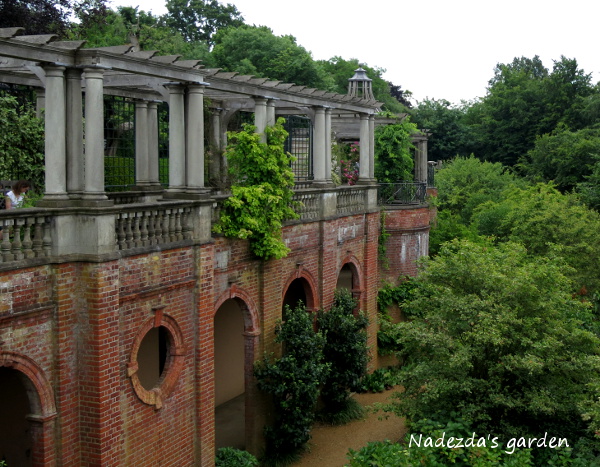 I learned the history of the Pergola that goes back to 1904 when Lord Leverhulme, a lover of landscape gardening, purchased a large land “The Hill”, and then he decided to build the Pergola. He wanted it to be a place where his family and friends could spend long summer evenings enjoying the spectacular gardens. 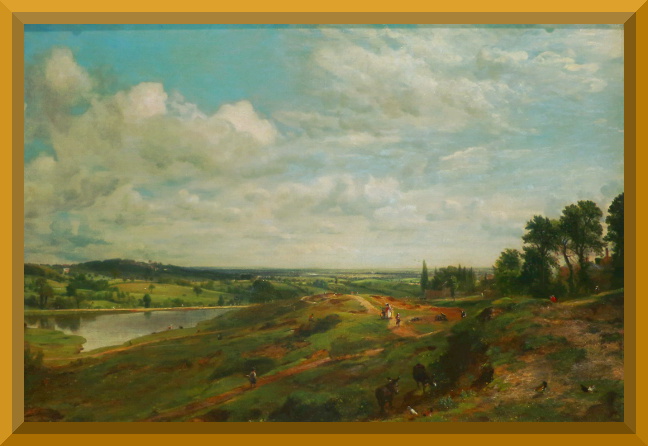 
To turn this idea into reality Lord Leverhulme enlisted the help of Thomas Mawson, the world famous landscape architect, and construction on the Pergola began in 1905. 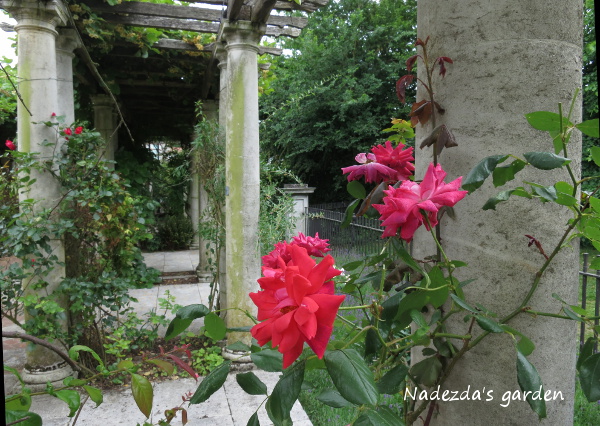 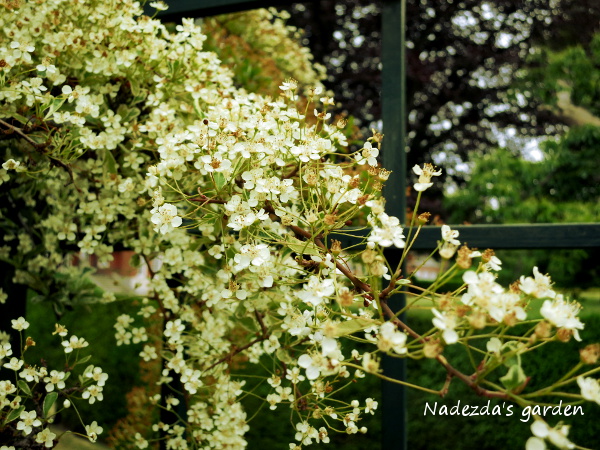 One of the main difficulties in building the raised gardens of the Pergola was the amount of material that was needed. 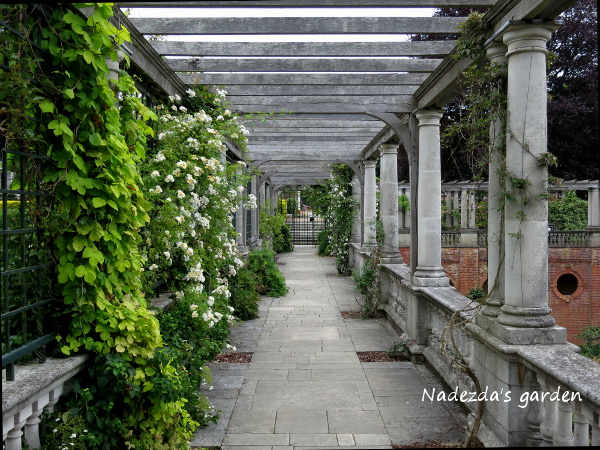 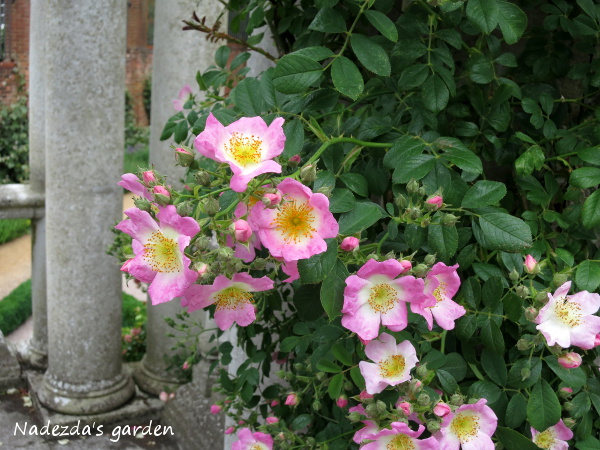 But luckily for Thomas Mawson the nearby Hampstead extension of the underground Northern Line provided just the solution! Instead of bringing in material, a deal was struck to shuttle the spoil of the underground extension just a few hundred meters to “The Hill”. The Pergola was finished a year later in 1906. 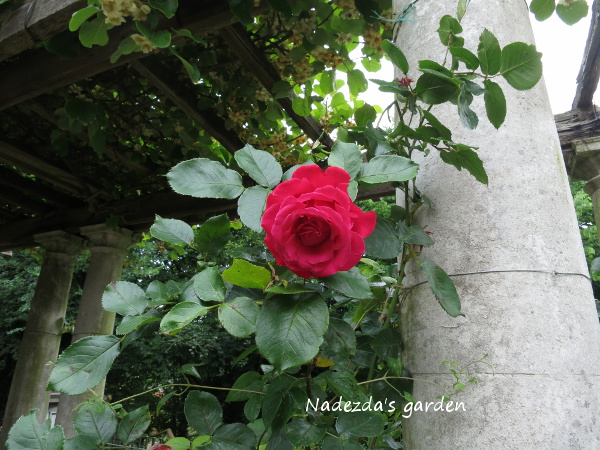 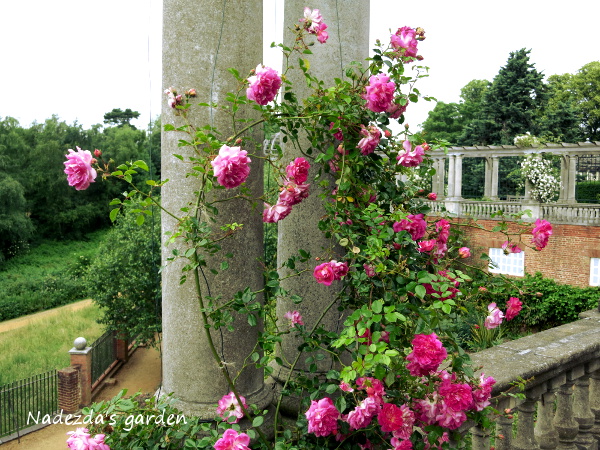 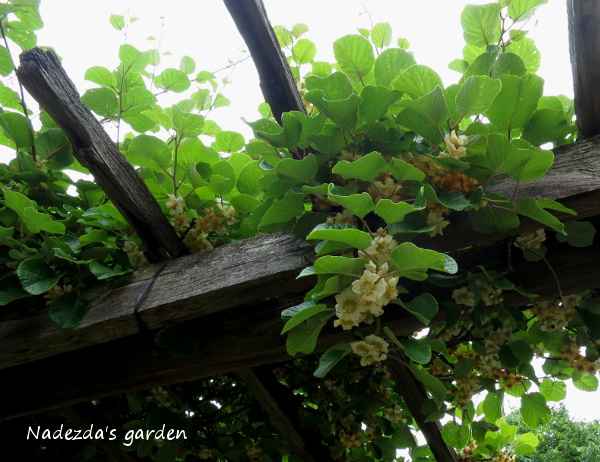 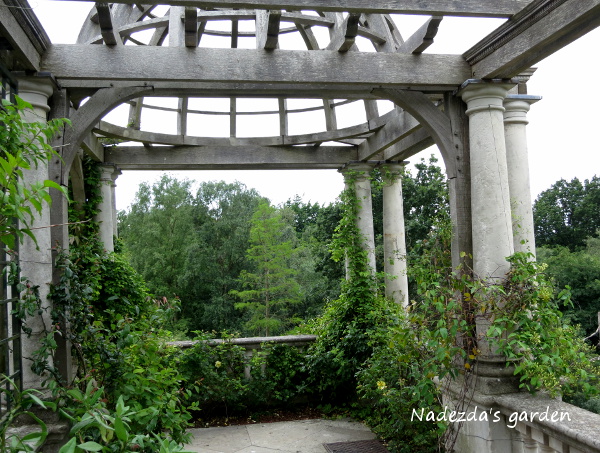 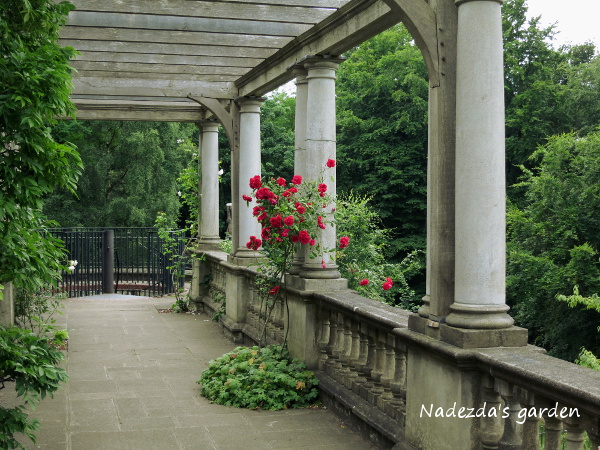 Although they said that the sense of faded grandeur is everywhere, and even with the recent restorations the Pergola hasn't lost this unique character I think it's a very romantic and magic place in "the Hill" gardens. When I see the old wooden beams of the roof, columns entwined with vines, roses, clematis, wild grapes I feel the romance of those years when owners and their guests merrily danced, ran, played or just sat and relaxed in raised gardens of the Pergola. 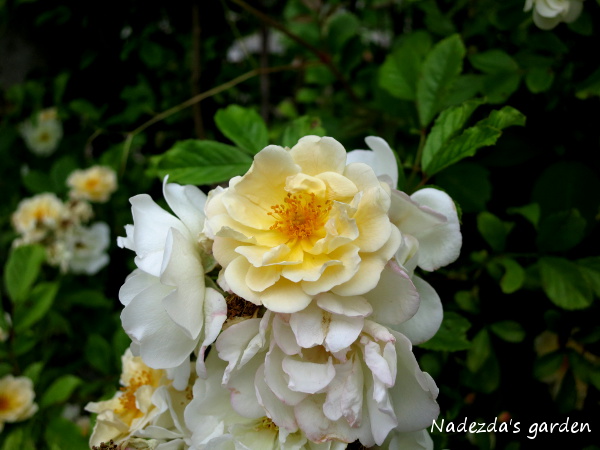 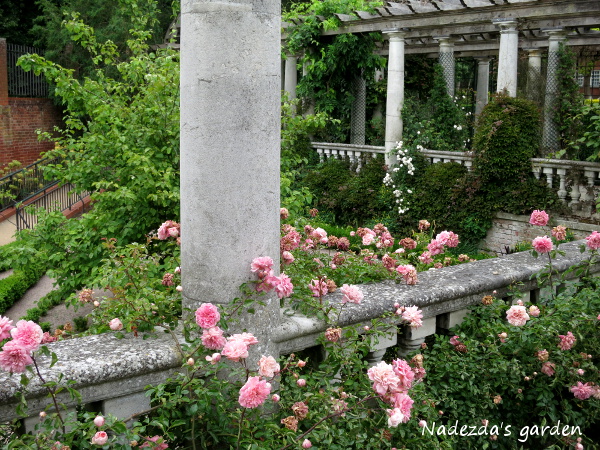 What do you think about old and partly forgotten places like the Pergola?
Posted by Nadezda at 7/21/2015