Silverberry (Elaeagnus Argentea) In My Garden 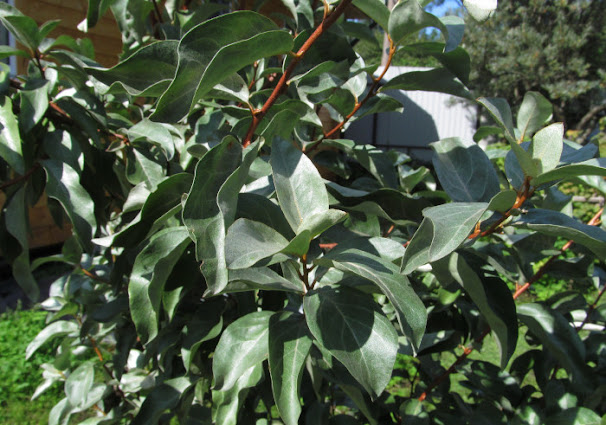 I will tell you a story about this plant in my garden.
Several years ago I heard on TV a story about a Silverberry and it was said that "it can drain the river." I wondered if I should buy this plant. I had no intention of draining the river, but there was a small swamp in the garden area. I wanted the soil in the garden to be dry and suitable for other plants. 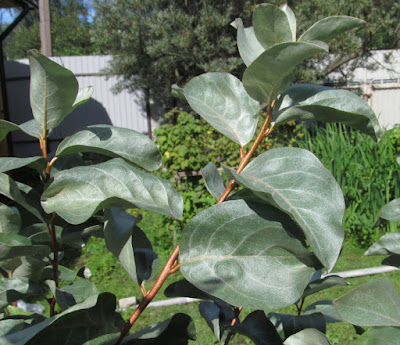 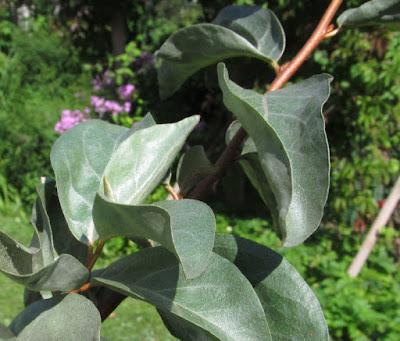 Soon I bought a little silverberry in the Garden Center. The seller said that it is an invasive plant, but that did not stop me. So the silverberry appeared in the garden and was planted in the middle of a small swamp. Poor fellow! It did not know that it had to drain a swamp and suffered in  for several years. Silverberry did not grow and remained the same small. Then I realized that it urgently needed to be transplanted to a good place, sunny and dry.
Wiki: 'Silverberry (Elaeagnus Argentea) is a deciduous shrub or small tree, with simple, often silvery-scaled leaves. Yellowish-white scented flowers appear in late spring, followed in autumn by silvery fruit'. 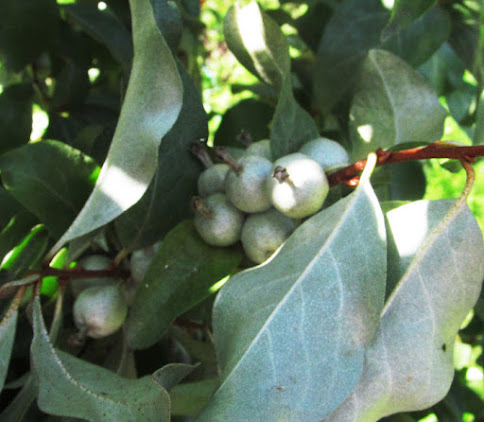 Silverberry quickly began to grow and bloomed in small yellow and very fragrant flowers the next spring.
A few years later, I transplanted him again, and again it was unsuccessful. The fact was that next to it there were chokeberry bushes that took away moisture and nutrients in the soil from Silverberry.
Last year, all chokeberry bushes were cut down. 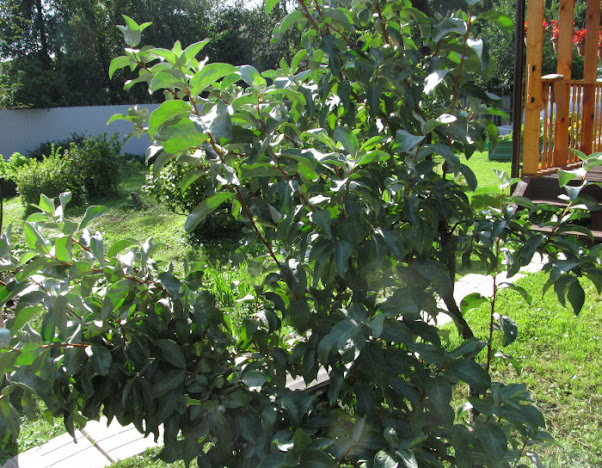 Silverberry feels good now when other plants don't bother it. After flowering, small silvery fruit appeared on its branches in August. That is why the bush got its common name. 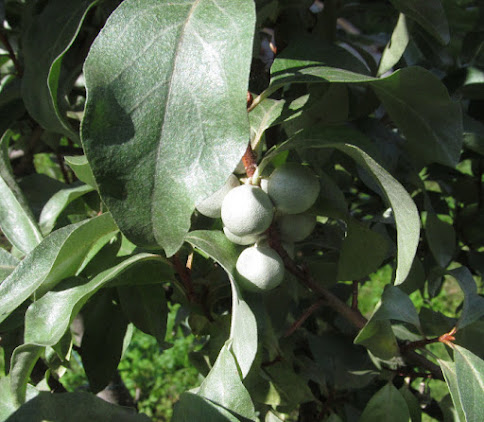 I love Silverberry and often passing by I touch its silvery leaves.