By the Shores of Baltic Sea 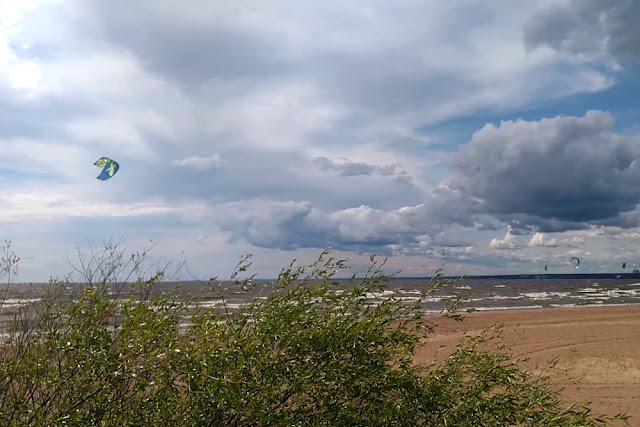 In autumn, few people can be seen on the shores. Now the water is cold, the sand is damp, but this did not prevent those who like to walk along the coast to breathe in the fresh sea air. 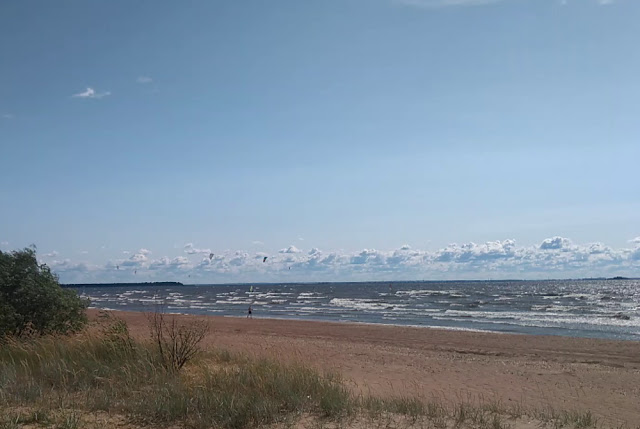 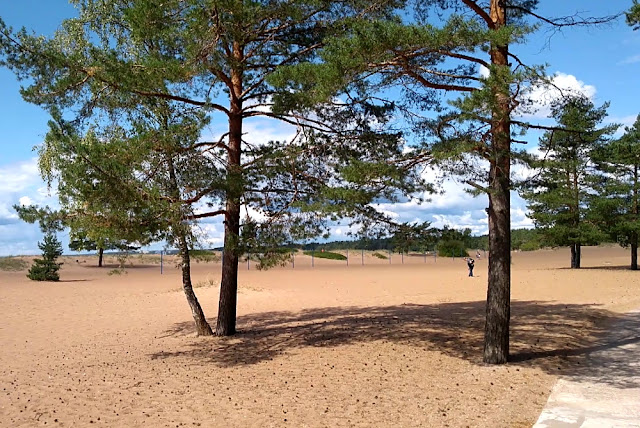 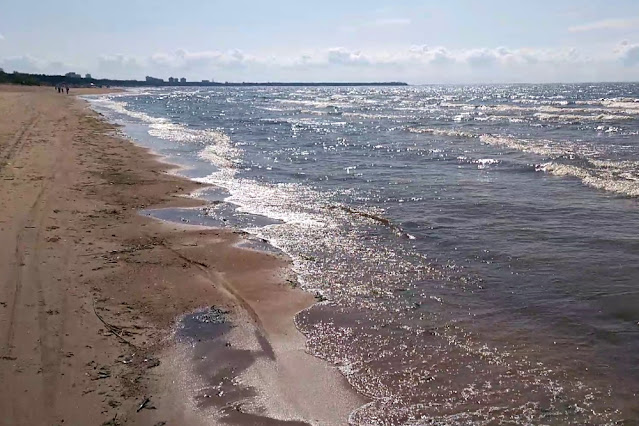 It was windy that autumn day. The wind drove away light clouds and then blueness appeared on the sky and the sun sparkled, reflecting in the sea water. Waves rolled over the sand, bringing in seaweed and pebbles. 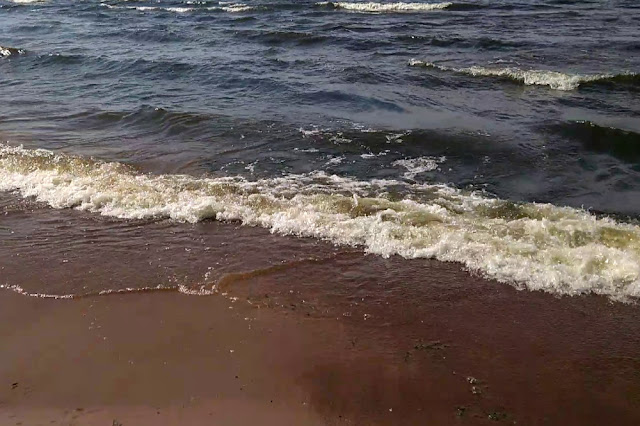 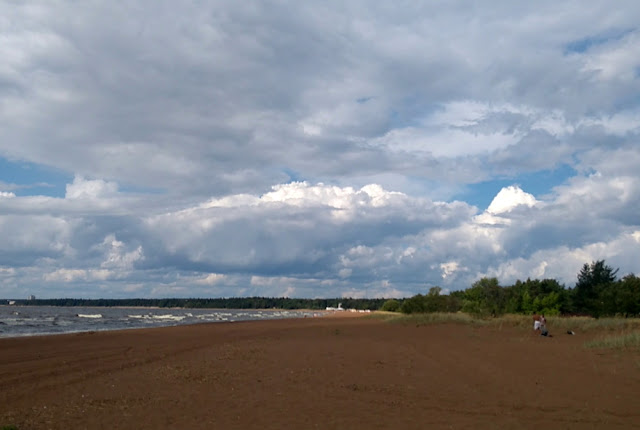 But suddenly heavy clouds appeared, which were ready to rain down. But it rarely rains over the Gulf and the clouds quickly drifted towards the city. 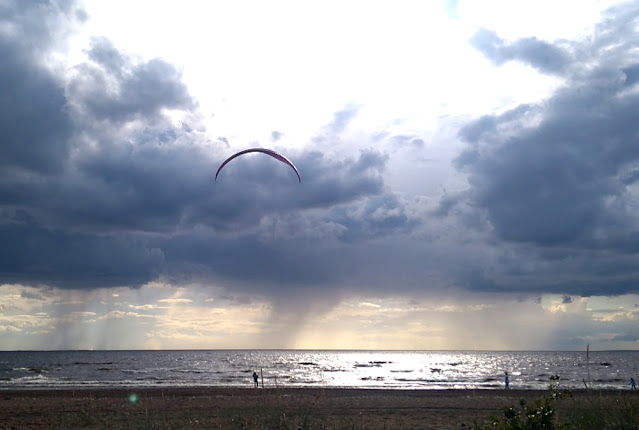 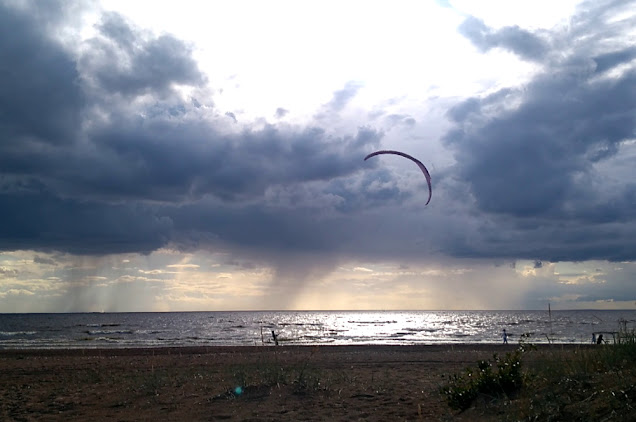 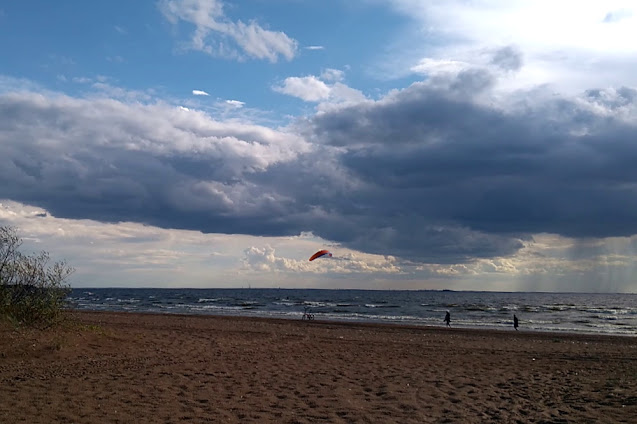 In such weather, there were many kite-boarding enthusiasts on the shore. They trained under the guidance of a coach. How beautiful these brave people looked, sliding along the waves on their boards and controlling their kites. I admired them. Ah, if I were younger ... 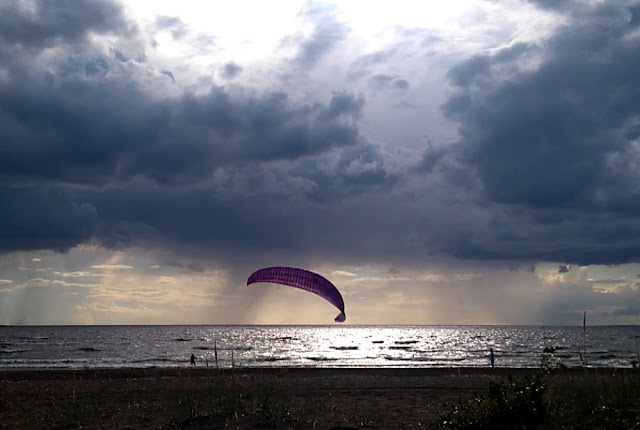 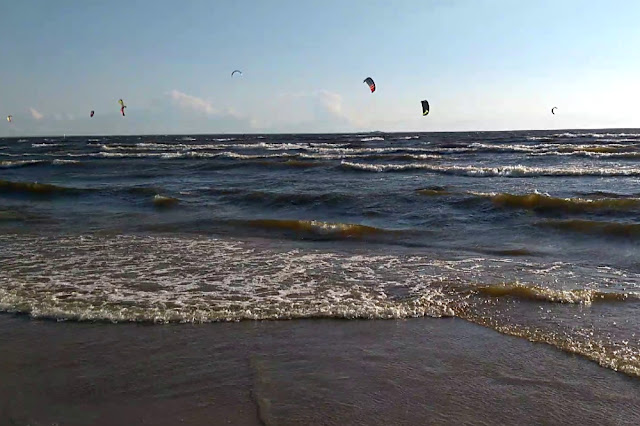 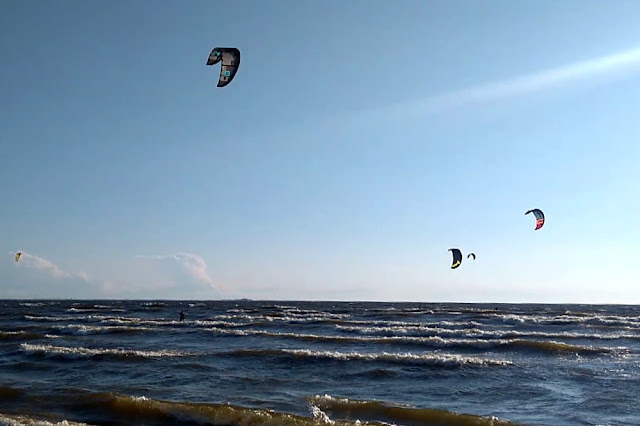 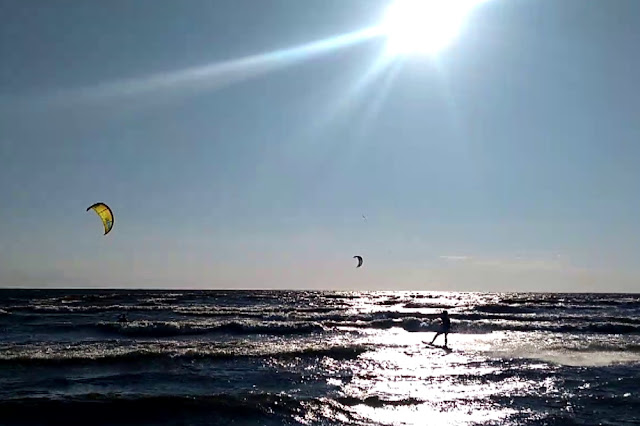 By the evening, the wind died down and the rays of the sun made their way through the clouds. Together with other walkers, I enjoyed the view of the water and sky. 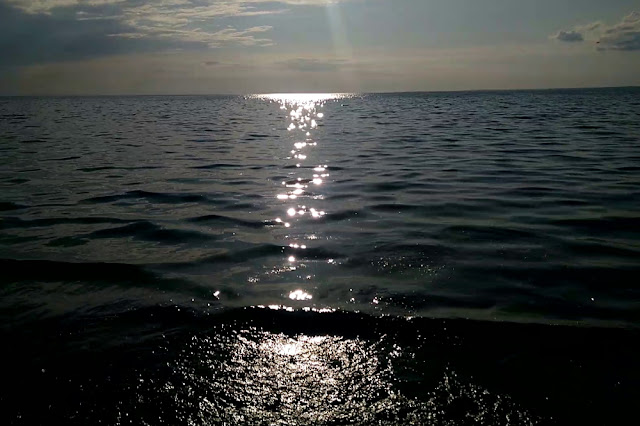 I often talk about the sea and the Gulf of Finland, maybe you are interested then read here and here  and here
Posted by Nadezda at 9/24/2021