Yesterday I decided to go to the Gulf of Finland and to stroll along its sandy beaches. The day was sunny but windy and sometimes very cloudy. I grabbed my camera and went.

The water was blue-grey with strong waves because the Gulf of Finland is a part of Baltic sea. It extends between Finland, Estonia and Saint Petersburg where the river Neva drains into it. 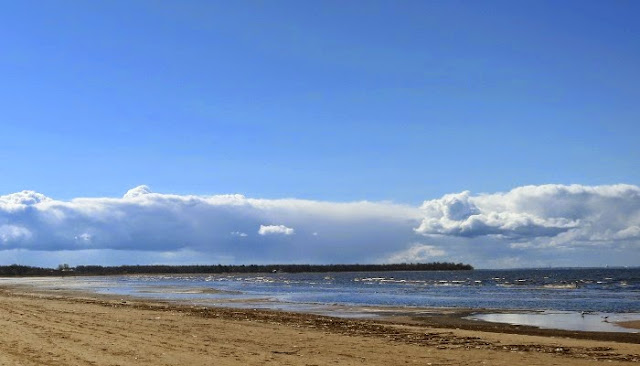 The waves were very long as the Gulf is relatively shallow with the depth decreasing from the entrance to the gulf to the continent. 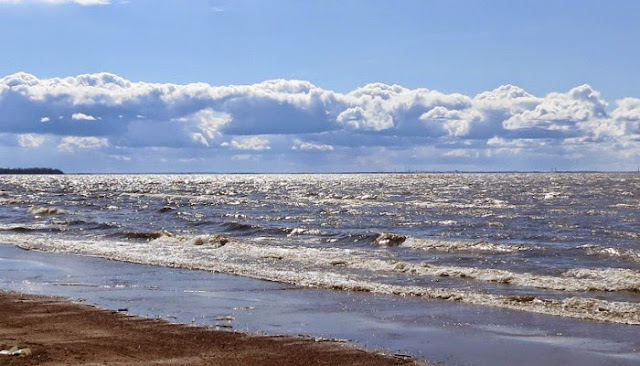 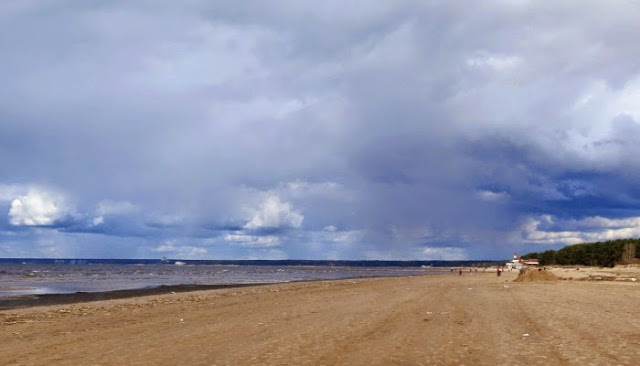 The northern coast of the Gulf where I live is high and windy, with small bays. It also is mostly sloping; there are abundant sandy dunes, with occasional pine trees. I climbed on a dune, there was no such strong wind, then I went into the forest and arrived to the entrance of a Sanatorium for children. I liked nice paths in the sanatorium park that was a mixture of pine, spruce, birch, willows, rowan. There were small ponds with aquatic plants, such as waterlilies and sedge. 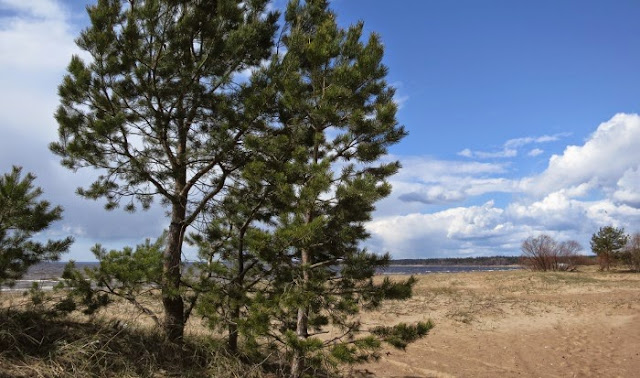 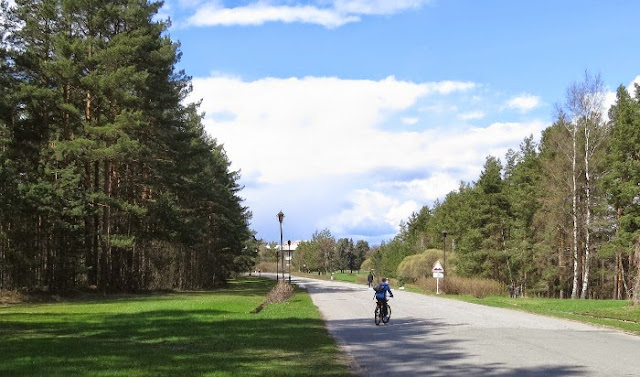 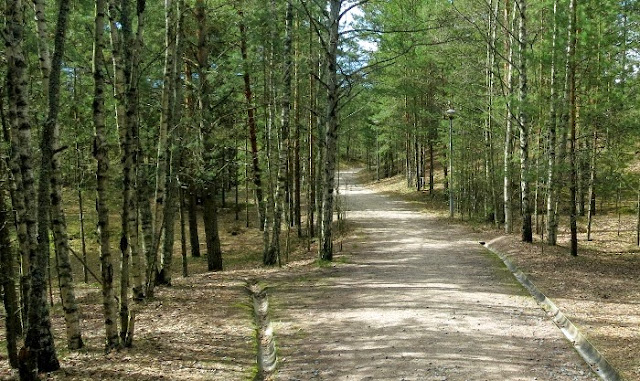 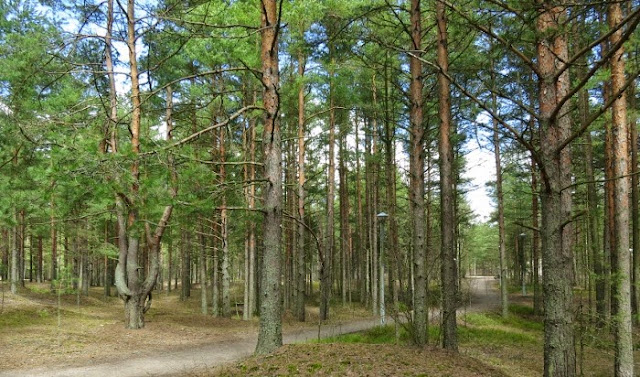 Then I went out to the river Sestra. Some large rivers flowing into the gulf are Neva, Narva, Sestra, Porvoo. This river Sestra is long with enough quiet water. 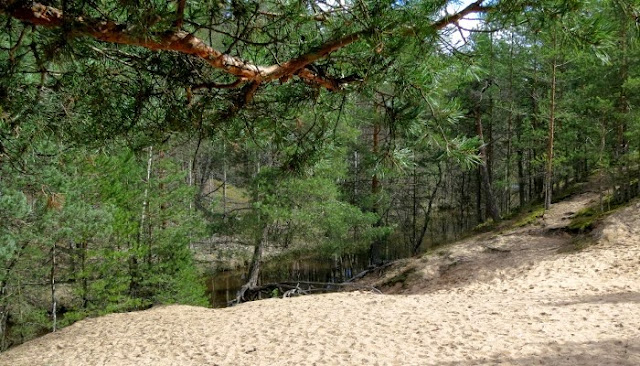 When I came back to the shore and have realized that the weather got better, less clouds and more sun. You can see an island on a horizon on the last photo. The Gulf of Finland contains numerous banks, skerries and islands. Starting from 1700, nineteen artificial islands with fortresses were built there by Russia. The largest one is Kotlin island with the city of Kronstadt. 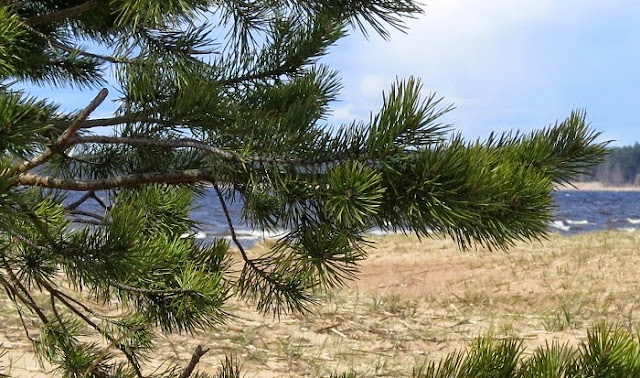 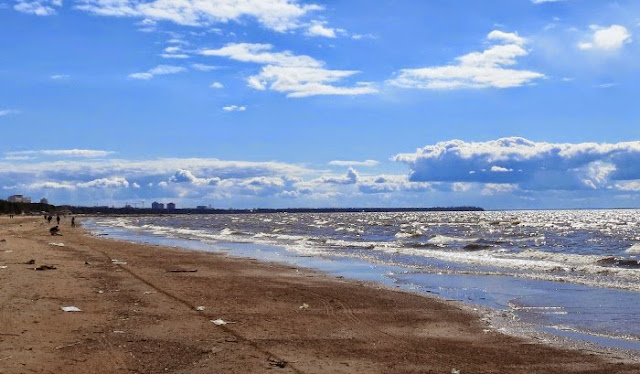 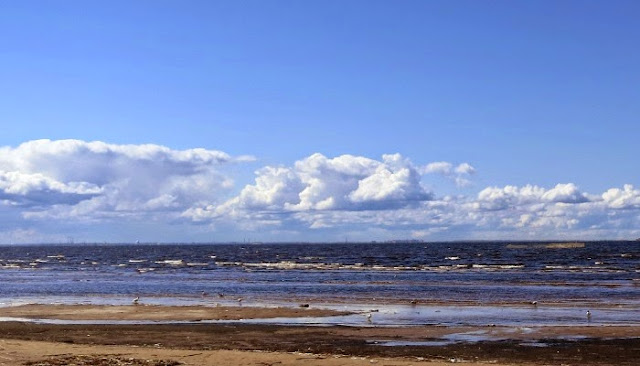 Walking by the beach I was thinking that the Gulf of Finland is one of the world's largest ship cemeteries. I've learned that because of the low salinity and cold waters the ships are relatively well preserved. Since the 6th century, major waterways were running through the gulf, and from the 8th to the 10th century about 3,000 tonnes of silver was transported there.
Who knows maybe one day taking a walk by the Gulf shore I will find something interesting...:))


Have you found something valuable walking along a river or a lake or sea shore?