It’s my first time I write on GBBD. Now after a few weeks of hot and sunny summer my garden is in blooms!

I show you the Canadian and Dutch roses. They have always pleased me with their resistance to all weather conditions and diseases. They staunchly resist rain, wind, snow, severe frost. In winter time, when I see a big snowdrift and some rose branches sticking out, I do not worry for them. I have two varieties of Canadian roses: ‘Martin Frobisher’ and ‘Therese Bugnet’ and Dutch varieties Pink Grootendorst and F.J. Grootendorst (red). 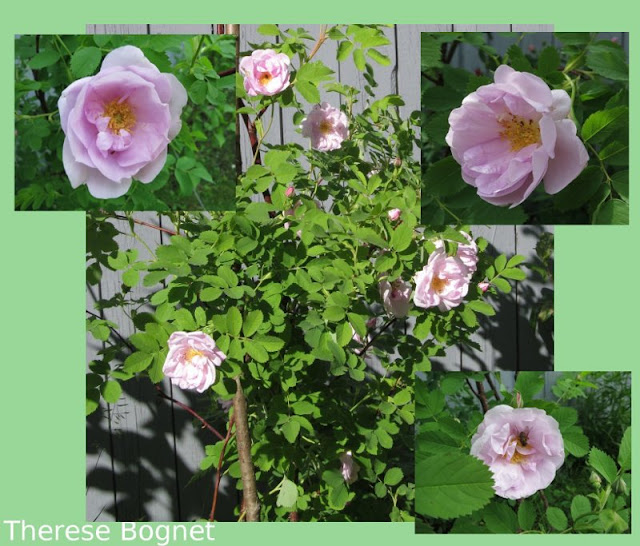 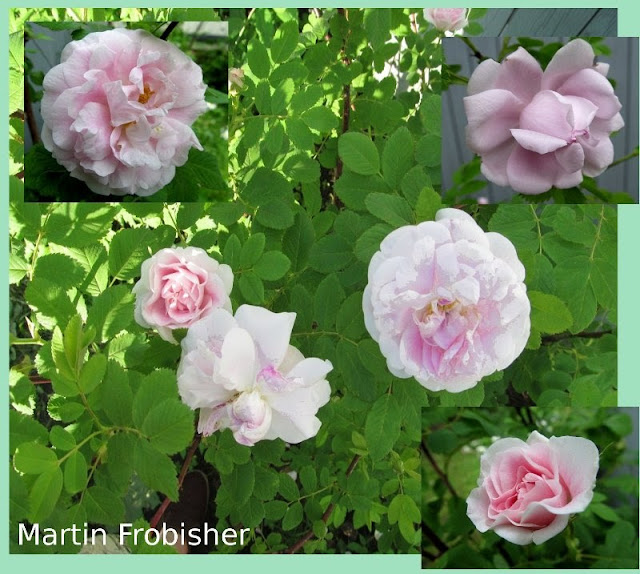 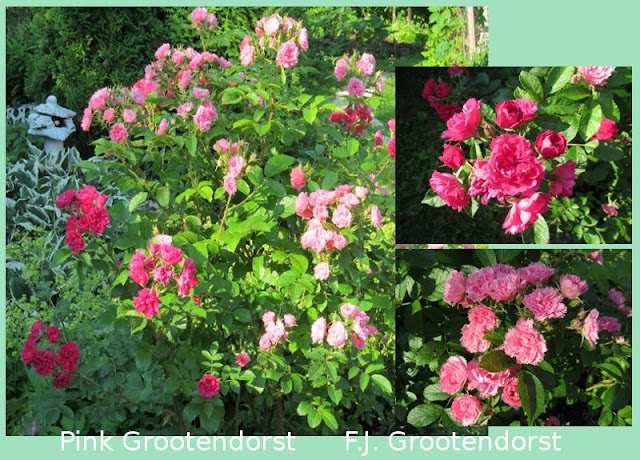 Other roses are quickly starting up behind these ones. ‘The Fairy’ is one of the most unpretentious and well known roses. In the spring it already has buds when I open its covering. 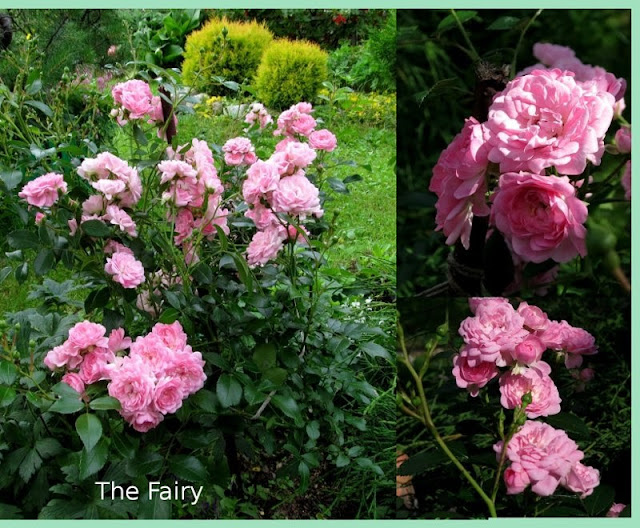 Rose ‘Blanc Double de Courbet’ grows by itself, doesn’t need any covering for winter as well. This year it blooms well. 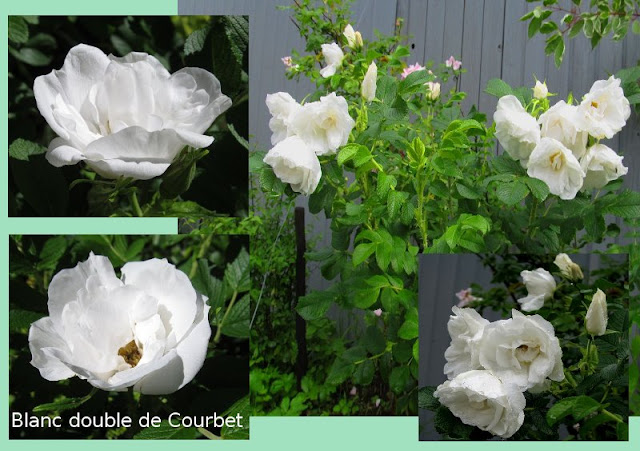 Floribunda rose ‘Anadia’ is silver-pink, was badly damaged last winter and now it has a few buds. 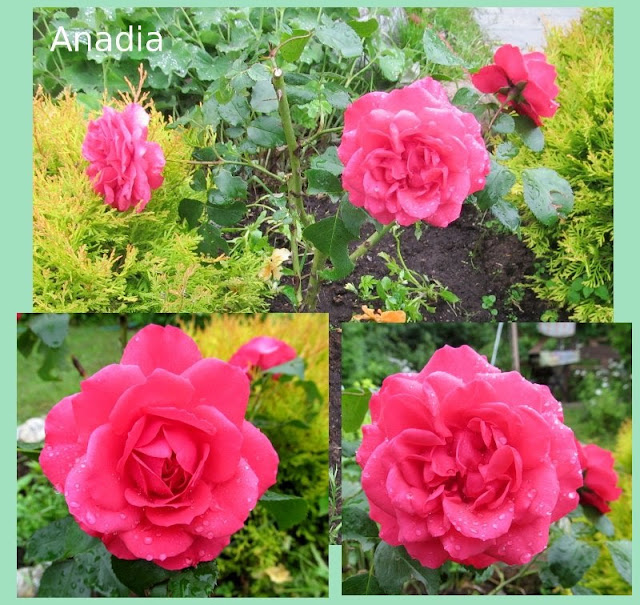 I've planted two new roses. One is a 'Pristine' rose and another is ‘Pride of England’ which so far have a few flower. The rose 'New Dawn' is blooming well, it's three years now. 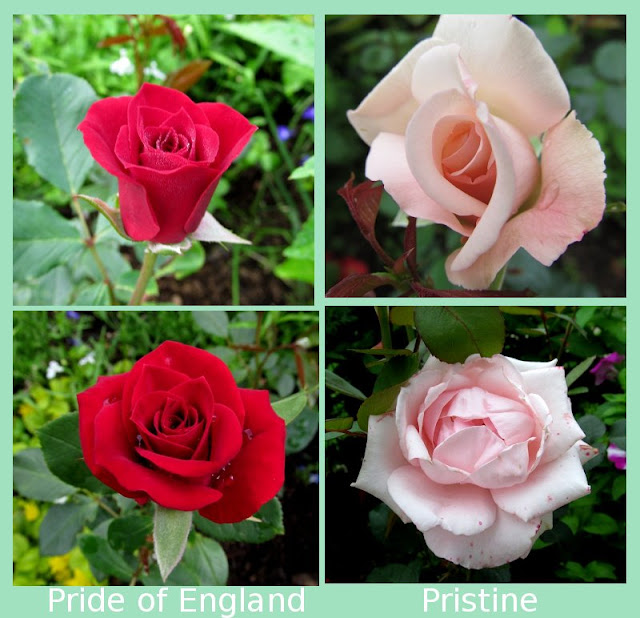 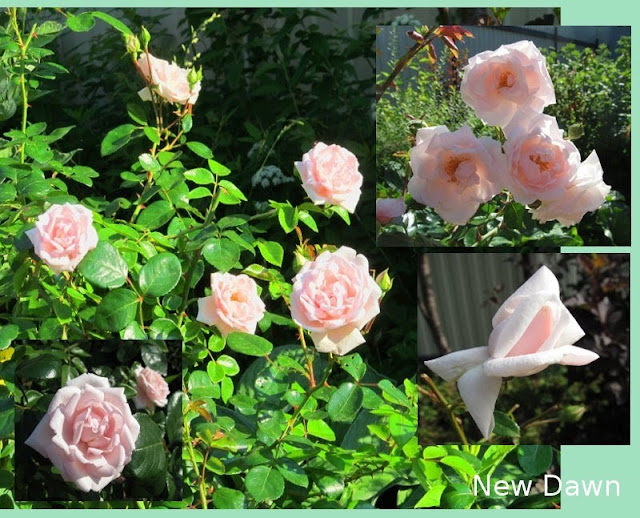 Shrub Potentilla (Bloodroots) has white and yellow flowers, and Rubus odoratus (Thimbleberry) has purple ones. 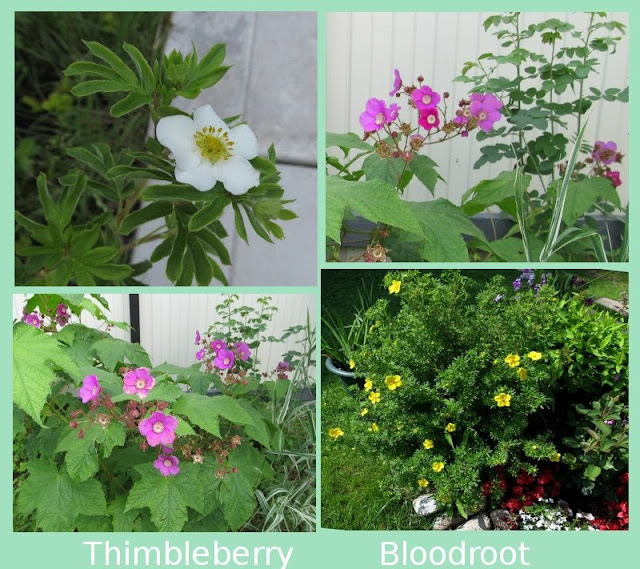 Finally lilies have bloomed. I have some lilies because they badly grow in this soil such an inappropriate for them. The most unpretentious Asiatic lilies survived and are blooming. 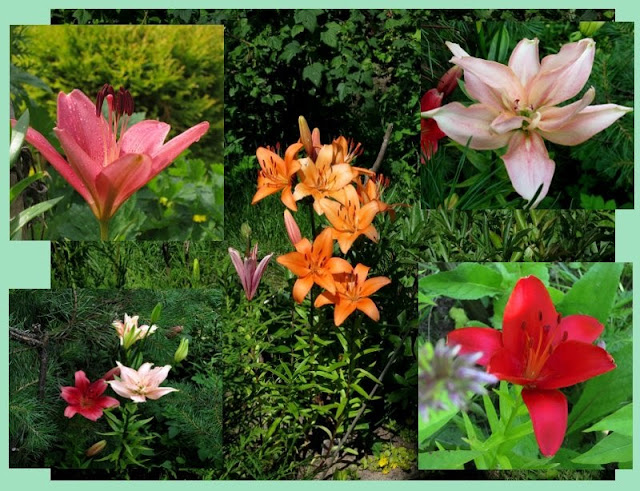 Surprisingly this summer gladioli bloomed early. I have different varieties in big tubs, the germinated bulbs were planted in April. 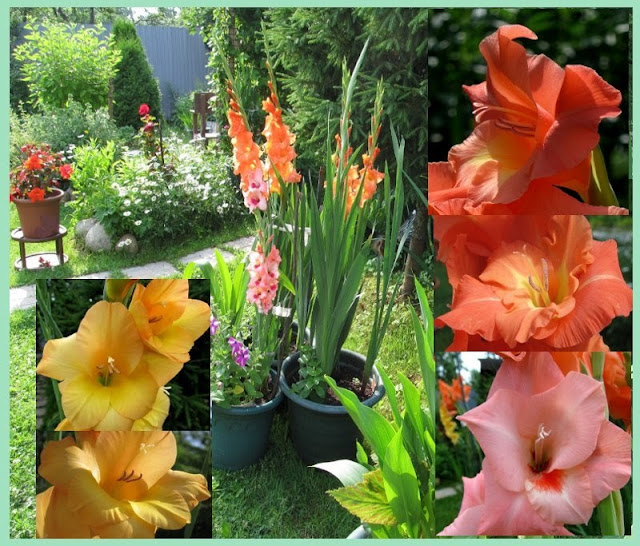 The first Delphinium flowered in my garden, it turned out the blue one. Previously, all delphiniums didn’t flower at all, have no idea why. 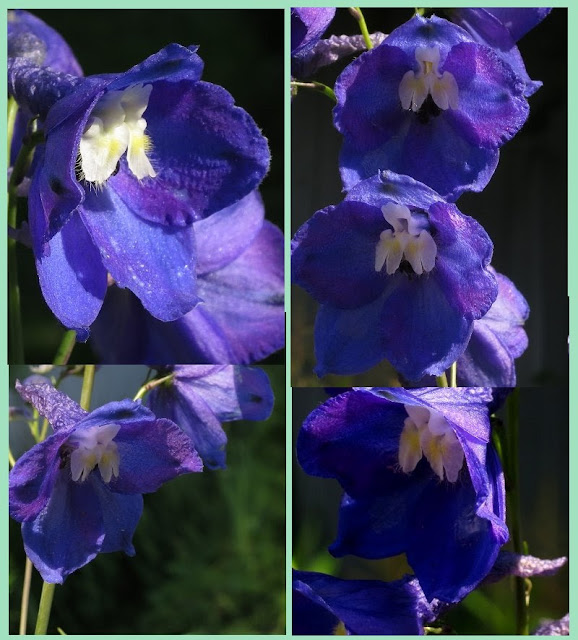 That's all about the Northern GBBD. Hope in August I will be able to show you other plants in blooms.
What new plants do you show in this GBBD? Do you have any problems with them?